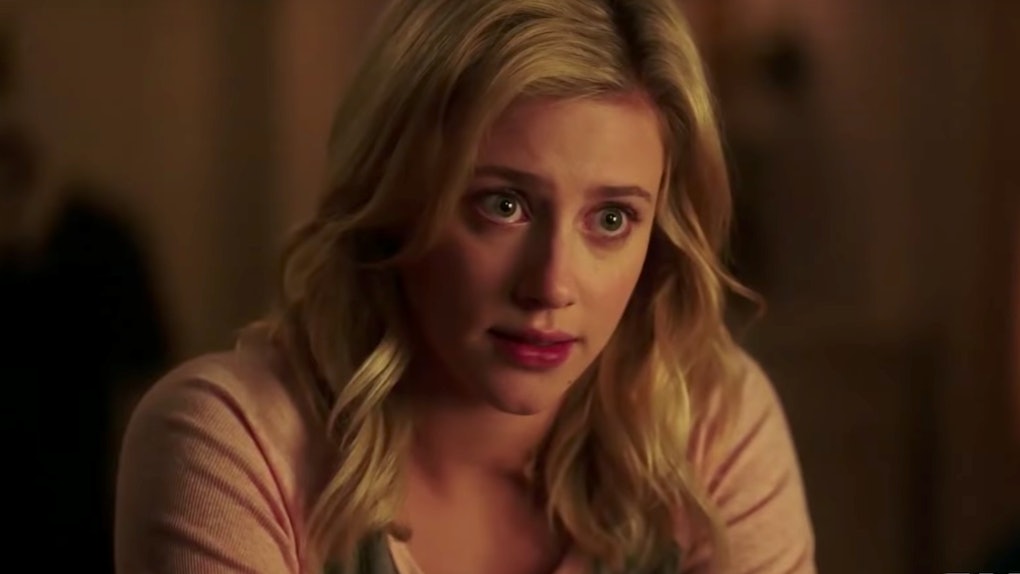 Will Betty Join The Farm On 'Riverdale'? The New Episode Ended With A Fiery Twist

The weird new cult taking over Riverdale got creepier than ever on this week's new episode, and it looks like The Farm might actually be converting its biggest opponent into a new follower. Betty had to watch as one of her close friends fell into The Farm on Wednesday night's new episode, but a twist at the very end has fans wondering will Betty join The Farm on Riverdale? All season long, Betty has been in solid opposition to The Farm, but things may be taking an unexpected turn pretty soon.

Spoiler alert: This post contains plot details from Riverdale Season 3 Episode 14, "Fire Walk with Me." Throughout Season 3, Betty's main focus has been taking down The Farm, the strange, white-clad cult that has seemingly entranced both her sister Polly and her mom Alice into its fold. Alice became even more brainwashed than ever after surviving a baptismal drowning ceremony last week, becoming fixated on selling the Cooper home so that she could live at The Farm. While Betty is able to thwart her mom's efforts to sell her home, she is forced to watch helplessly as her friend Kevin Keller devotes himself to The Farm.

Although Kevin and Betty were originally best friends at the start of the show, they have pretty clearly grown apart recently, what with Betty becoming solely focused on taking down The Farm and Kevin trying to date his in-the-closet boyfriend Moose. It is no wonder that after Moose decided to leave town recently, Kevin really did not have a close friend left to turn to, and instead turned to The Farm.

Betty secretly watches Kevin's initiation process into The Farm, which begins with Evelyn Evernever watching on as he holds his hand over a flame for a long time. She then follows the group to the forest at night and watches as Evelyn demands that Kevin walk over hot coals. Surprisingly, Kevin is able to do it without so much as wincing, and Evelyn officially welcomes him into the cult.

When Betty threatens to expose The Farm's dangerous rituals, Evelyn and Kevin blackmail her with the details of her and her mom's murder of that shady man last year (remember that?), which Alice has apparently freely offered up to The Farm. Feeling defeated, Betty stares at a candle in her room, and slowly reaches her hand towards it, mimicking the initiation ritual that she saw Kevin going through. Although Alice barges in before Betty can go through with it, at the very end of the episode, Betty sets her home on fire to prevent her mom from selling it. Although this act seems to go against The Farm, it strangely echoes Evelyn's speech about using fire to purify past sins and move forward.

Whether she is willing to admit it to herself or not, it definitely seems like The Farm's teachings have worked their way into Betty's brain. Does that mean all the Cooper women are about to be Farmies? We will have to wait to see just how far this goes.

More like this
Who Is Annabelle On 'Cruel Summer'? Let's Discuss Kate's New Twist
By Rachel Varina
11 Moments From 'Ramy's Ramadan Episode That Are Way Too Relatable
By Umber Bhatti
Why Is Jesse Williams Leaving 'Grey's Anatomy'? His Final Episode Is Coming
By Abby Monteil
Stay up to date