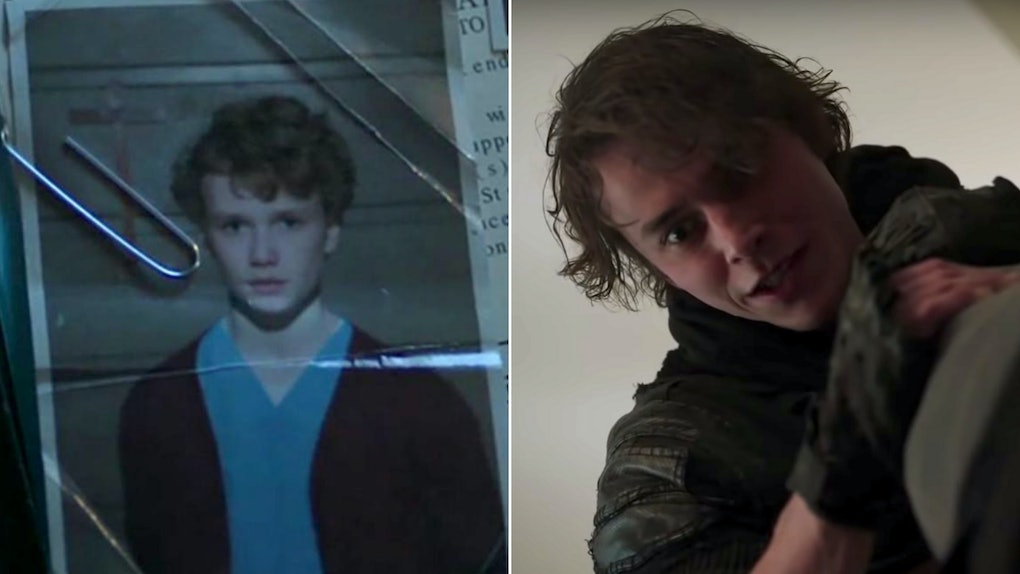 Is Kurtz Really Charles Smith On 'Riverdale'? The New Character May Have A Shocking Past

One of Riverdale's longest unanswered questions might finally come to light in the show's next few episodes, if a certain fan theory proves to be true. Last week's episode introduced a mysterious new character named Kurtz, and the trailer for March 6's episode reveals that Kurtz is going to become a pretty big deal in the story moving forward. Right now, so much about Kurtz is unknown, and some fans are wondering if he is hiding a groundbreaking secret. Is Kurtz really Charles Smith on Riverdale? Fans have been wondering if and when Alice Cooper and F.P. Jones' unseen lovechild might finally make an appearance, and there is reason to believe that Kurtz may be that very kid.

Spoiler alert: This post includes light spoilers from Riverdale Season 3 Episode 13, "Requiem for a Welterweight." The latest episode of Riverdale introduced us to the new character of Kurtz, the creepy leader of the Gargoyle Gang who is more obsessed with the Gargoyle King than anyone we have yet seen. In the episode, Jughead learned that all of the Ghoulies are now in the Gargoyle Gang, seduced into endless games of Gryphons and Gargoyles in a dark warehouse. In order to build up the Serpents' depleted numbers, Jughead is forced to speak with Kurtz, the Gargoyle Gang leader, who goes on and on about how Gryphons and Gargoyles is prophetic and he has come eye to eye with the Gargoyle King.

Although Jughead left deciding he wanted nothing to do with Kurtz or the Gargoyle Gang, his mother Gladys wound up convincing them to join the Serpents behind Jughead's back, meaning Kurtz and his followers are going to be an even bigger part of the story moving forward.

So now, the big question is: what is really going on with Kurtz? Since the Gargoyle King mystery is still at the forefront of every fan's mind right now, one prominent theory is that Kurtz may be the true Gargoyle King. But it would be pretty unsatisfying if some random new character with no connection to anyone wound up being the masked killer all season long. That is why some fans further believe that Kurtz may also be Charles Smith.

Don't remember Charles Smith? Here's a quick catch-up. Alice Cooper secretly gave birth to a baby boy after hooking up with F.P. Jones at the end of high school, and she left the baby to be raised at the Sisters of Quiet Mercy. In Season 2, a boy named Chic showed up at the Cooper house claiming to be Charles Smith, but he was revealed to be lying. Chic claimed that he knew Charles, but stole his identity once he had died. Most fans were not buying Chic's claims that Charles had died, though, so theories that the real Charles Smith will show up on the show have been popping up frequently ever since.

We may not know much about Kurtz yet, but he actually does resemble the photo of the young Charles Smith that Betty saw at the Sisters of Quiet Mercy. Plus, he mentions looking the Gargoyle King in the eye, which we know was a punishment used by the Sisters. That punishment also resulted in a lot of kids becoming obsessed with the Gargoyle King, like Kurtz clearly is. The Gargoyle King stuff has also predominantly been focused on Betty and Jughead's storylines, who would be Charles' two half-siblings. Hmm, could a shocking reveal really be coming? We all know that anything can happen on this show.

More like this
These Fake 'Riverdale' Brand Names Are Even Better Than The Real Thing
By Rachel Varina
The 'Glee' Cast's Tribute To Naya Rivera At The 2021 GLAAD Media Awards Was So Moving
By Abby Monteil
Is Meredith Actually Recovering On 'Grey's Anatomy'? She Finally Woke Up
By Abby Monteil
Stay up to date