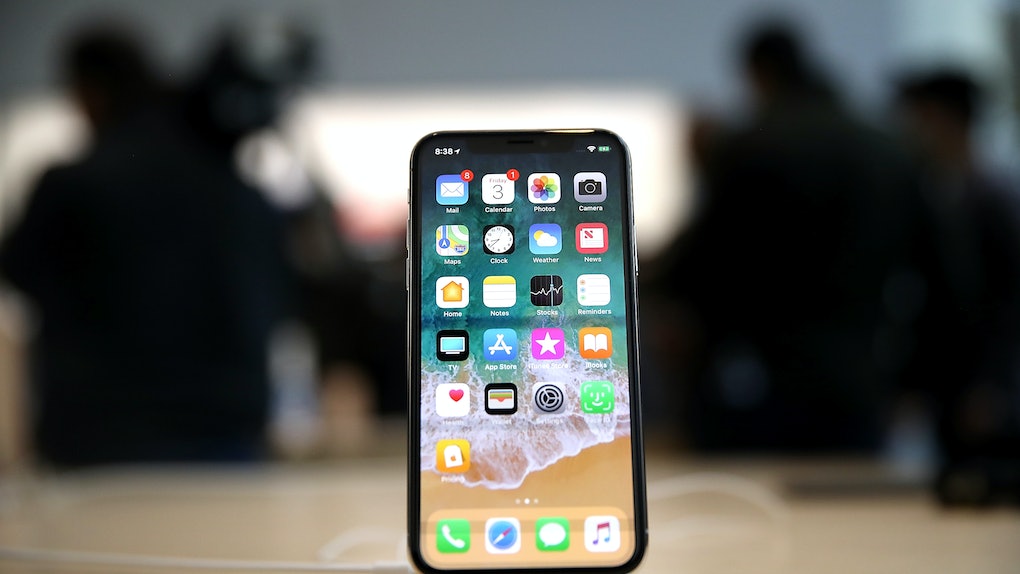 Will Apple Discontinue The iPhone X? The Answer May Surprise You

At Apple's 2018 Keynote Address, the tech company introduced three new iPhones. The lineup includes the iPhone XR, iPhone XS, and the iPhone XS Max. All this talk about the recently-announced new iPhones has me wondering about the future of the iPhone X. If you're like me, you may be wondering, "Will Apple discontinue the iPhone X?" The answer may surprise you.

On Wednesday, Sept. 12, Apple unveiled three new highly-anticipated iPhones. The beloved mobile devices are on track to be better (and in some cases, bigger) than ever before. So, what is Apple planning to do with the iPhone X? Will it hang around for a while longer or will it be retired? Apple seems to have discontinued the phone, as it wasn't listed in their current lineup during the keynote. Elite Daily reached out to Apple for confirmation but did not hear back by the time of publication.

Before the announcement, 9to5 Mac had reported that Apple was planning to discontinue the iPhone X. The mobile device was announced at Apple's 2017 Keynote Address and released in November 2017, so it hasn't even been around that long.

For months now, rumors were swirling that Apple would do away with the iPhone X prior to its September 2018 keynote address. It was reported that the "discontinuation" was in part due to poor sales, according to analyst commentary as reported by Barrons. The publication reported that many Apple iPhone users did not upgrade their devices to the iPhone X, which could be the reason behind the less-than-stellar sales.

According to Barrons, the crop of new iPhones that was announced at the Wednesday, Sept. 12 keynote address may help boost sales. This means that consumers (myself included) may be more likely to buy an iPhone XS, iPhone XR, or iPhone XS Max than they were to upgrade to the iPhone X when it was released last year.

Publications also thought that Apple might do away with the iPhone X for cost reasons. Earlier this year, MacRumors reported that Ming-Chi Kuo, a KGI Securities analyst, predicted the, "iPhone X would hurt product brand value and lineup of 2H18 new models if it continues to sell at a lower price after 2H18 new models launch."

The anticipation of the company's 2018 keynote address, held on Sept. 12 at Apple headquarters in Cupertino, California, had been building for weeks now. After a year of disappointing sales for the company, consumers are ready to engage with a new line of products from Apple. The newly-launched iPhone XS, iPhone XR, and iPhone XS Max seem to have been met with positivity from the tech community and buyers alike.

So, it looks like Apple is likely ceasing production of the iPhone X, like these sources figured. If you were planning to purchase an iPhone X, you might want to start taking a look at your new options. If you want to upgrade to the latest and greatest, the iPhone XS and iPhone XS Max will be available for pre-order starting on Sept. 14 with a ship date of Sept. 21. The iPhone XR will be available for pre-order on Oct. 19 with a ship date of Oct. 26.