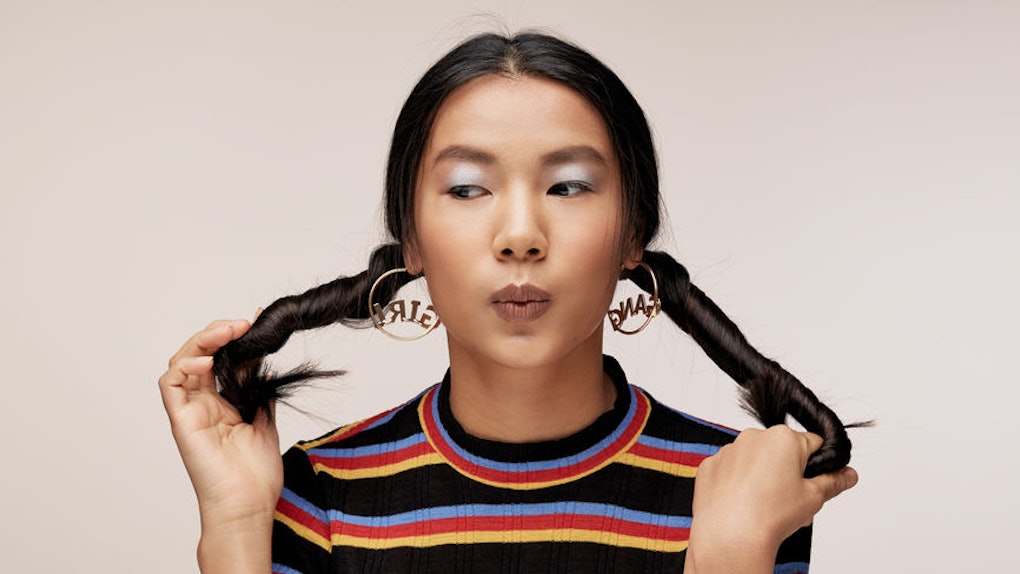 Why Your Brutally Honest Friend Is One You Can Count On, So Hold Onto Her

The truth isn't always something you want to hear, but you appreciate anyone who's willing to tell it. Everyone has that one friend who is blunt AF, but their honesty is such a freaking relief. They keep it real at all times of the day, and that's why your brutally honest friend is one you can count on forever.

Sure, their delivery isn't always on the sweet side, but nothing that leaves their mouth is a lie. Would you have worded it a tad differently? Maybe, but if there's anything you've learned from your honest friend, it's that revealing the truth is like a bandage. You'd be wise to rip it off quickly and get it out of the way to ensure it's out there. This is evident in their insanely sharp and quick wit.

You gotta love them. Underneath all of that bluntness is so much truth, and that should be at the top of your list of qualities you cherish in a friend. Need advice? They should be your go-to, because it is in their nature to be upfront, even. I know you're thinking of that blunt person in your life right now, and you'd agree that these 10 benefits prove you're lucky to have them.

Keeping it real is what your honest friend does. Yeah, they may blurt it out at times and don't have a filter, but you'll take it. You never have to worry about them sugarcoating anything.

2. You Can Easily Open Up To Them About Anything

Their honesty makes you feel safe in your friendship with them. You know that everything is completely pure and truthful. How could you not open up to that?

3. They Don't Avoid The Elephant In The Room

You know how most people avoid the elephant in the room? Well, your brutally honest friend is over there petting it. Remember, they keep it real, so if something is obviously lingering in the room and not being said, they're going to say it.

4. Their Advice Is Sincere And Genuine

You never have an issue finding the sincerity in what your honest friend has to say, even if you don't like what it is that she's saying. If you ask for an honest answer, that's exactly what you're going to get. They're actually the best person to bring around someone you're dating, so they can get a true vibe from them.

5. They Likely Have The Best Sense Of Humor

Feeling down? Your blunt friend has a semi-inappropriate way of cheering you up. Their sense of humor is literally always on point, and they never really have any dull moments. It's always constant laughs when they're around.

6. They'll Never Lie To You Or Tell Your Secrets To Others

Your honest friend doesn't lie about anything. The truth hurts, but wouldn't you rather hear it from a friend as opposed to a stranger? They don't hide anything from you, and if you need to trust them with a secret, their lips are so sealed.

7. Their Storytelling Is The Highlight Of Your Day

Your brutally honest friend is probably animated as hell. Hearing their stories is the funniest thing ever, and you could never tell them the same way they do. Sometimes you don't know if you're listening to your friend or a stand-up comedian.

8. They'll Be Savage For You In The Classiest Way

Your blunt AF friend isn't afraid to defend you. Encounter someone you aren't a fan of? Your honest friend will handle the situation for you without lifting a finger. Their comebacks are legendary. You've heard them all.

9. Meeting New People With Them Is A Breeze

Your honest AF friend is your human form of an icebreaker. If you're being introduced to new people, they will alleviate any of those nervous feels you have. They're seriously all the courage you need to step out of your comfort zone and make new friends.

10. They'll Always Make You Own Your Sh*t

You need that one friend who tells you when you're in the wrong. You have to own up to it before you can move on. Your honest friend doesn't mind telling you when you have some fessing up to do.

Leave it to your brutally honest friend to say as they please. You wouldn't want them any other way.