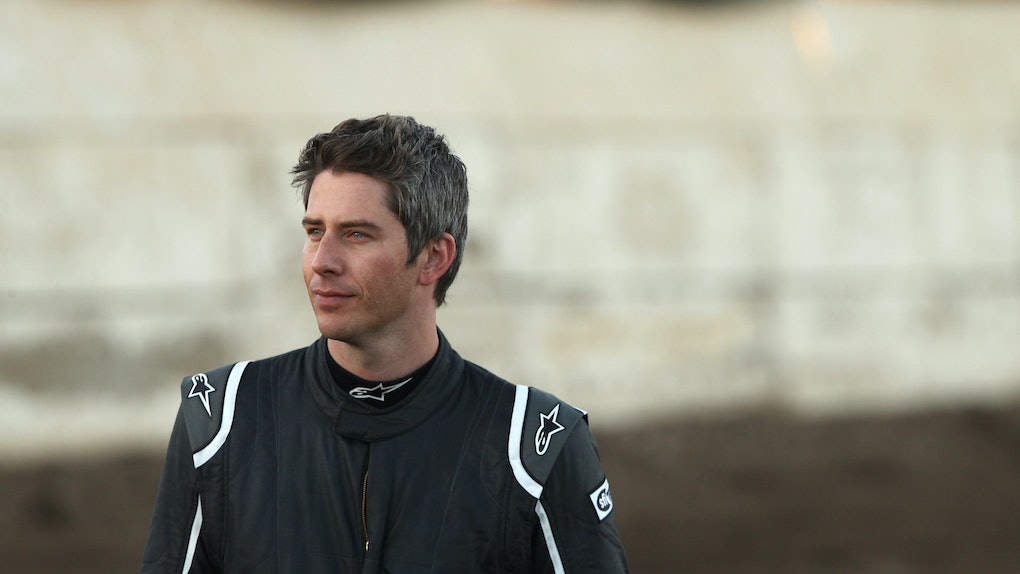 Why Were There Two 1-On-1 Dates On ‘The Bachelor’ Week 2? Arie's Season Is Old School

The second official episode of The Bachelor is here and I can't say I'm disappointed. The producing heads at ABC got right down to business and blessed us with not one, but two dates that allowed Arie to get to know a woman on an individual level. It's a Monday miracle! Let us not forget that dates are traditionally between two people, so we're thankful for this realistic turn of events. Why were there two 1-on-1 dates on The Bachelor week 2? Start your engines because Arie is taking these relationships from 0-60 right off the bat.

In Nick's season back in 2016, we didn't get two 1-on-1 dates until the fourth episode. In Rachel's Bachelorette season, they waited until the fifth episode. It looks like Arie's really trying to figure out who he's into and who's around for the right reasons as soon as possible. This guy isn't playing around. He's moving at light speed in the emotions department and tonight he even took one of the women to meet his parents. Isn't that supposed to be on the finale?

This week, it was Becca K. and Krystal who were lucky enough to get quality time with Arie.

Becca's date was all about that fairytale life. She basically got to become a fashionista princess for the day — the mall was her oyster. OK, it wasn't the mall... It was Rachel Zoe styling her to the nines, in addition to Arie gifting her some luxury gowns and jewelry. Fancy!

“I appreciate that he picked me to do this. You know, I come from Minnesota. This isn’t normal life, like get dressed up in beautiful gowns. The world could end today and I would die a happy girl," Becca remarked about the date. Not a bad review. Aww.

Good thing, too, because Arie had Becca in mind when it came to this particular experience.

"I mean, I was definitely trying to charm her," Arie revealed to Entertainment Tonight about the reasoning behind choosing Becca. "When I met Becca that first night, I could tell she was very humble... I knew that first date was going to be a date to spoil one of the ladies and I thought what not a better opportunity than to spoil her, because she's so deserving of it."

So, about those sparks...

"There was a lot of chemistry there, so it felt good to share that with her," Arie added. "She exemplifies a lot of qualities I look for in someone."

Krystal's rendezvous with Arie certainly wasted no time in taking things to the next step in their non-existent relationships. The pair jetted off to Arizona —this is their first actual date, mind you — to spend time in his hometown. Um, too soon? Apparently not, because before you knew it they were laughing it up at his old high school (the fitness trainer revealed she was, in fact, an "art nerd" in her day), looking at old family photos, and just living life like they've been dating for months. We guess this is how Arie rolls. Life in the fast lane, indeed.

"I picked Krystal to be on this date because she’s so comforting and she’s so easy to hang out with. This date is going to reveal a lot about myself and hopefully she likes it," Arie explained.

One thing Krystal should take comfort in? Arie told her that he could tell his mom loved her, so there's that. Phew. She was also able to open up to him about her parents divorce and how she grew up alone in a less traditional family than his. "I love your story," Arie assured her before offering up a rose. Then there was a private concert because this is The Bachelor and people can't just have a regular dinner, right?

Welp — looks like Arie's already connecting with two women in a very real way and it's only the second episode. Here's to keeping it interesting this season.

More like this
'Bachelor In Paradise' Season 7: Premiere Date, Cast, Filming, & More Info
By Rachel Varina
Peter Weber’s Quote About How ‘Bachelor’ Producers Get Contestants To Kiss Is Wild
By Abby Monteil
Bachelor Nation's Reactions To Colton Underwood Coming Out
By Candice Jalili
Stay up to date