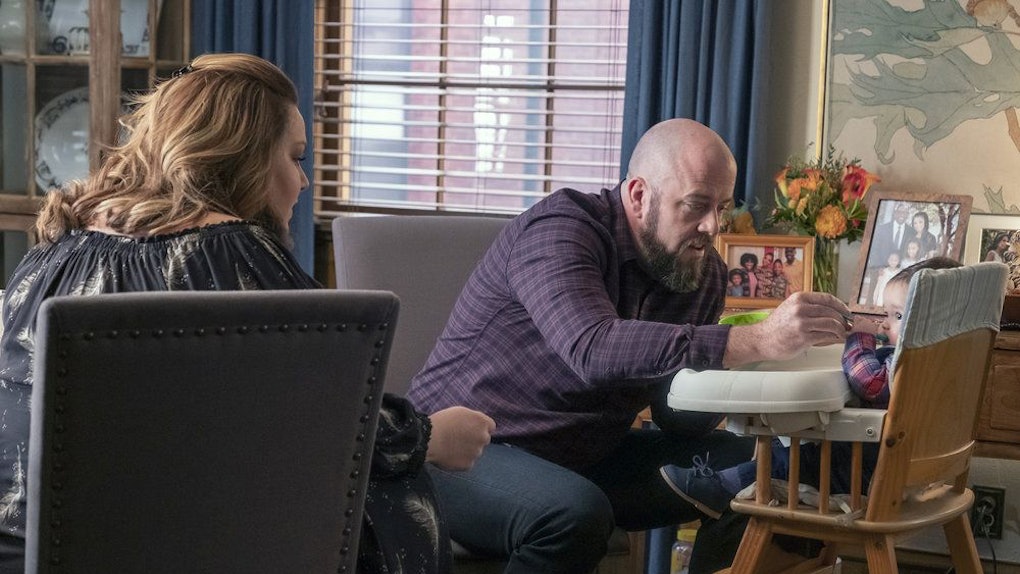 Why Wasn't Toby At Kate's 40th Birthday? 'This Is Us' Fans Want Answers

This Is Us has figured out a new spin on the concept of the "puzzlebox" mystery series. Puzzlebox shows were series like Game of Thrones, where fans theorized endlessly over the ending. When This Is Us started, it brought the same concept to the family drama: "How did Jack Pearson die?" was the new "Who are Jon Snow's parents?" But now, the show has taken to showing the destination, leaving fans to theorize over the journey. For instance, fans are puzzling over why Toby wasn't at Kate's 40th birthday. Is it a clue that the big blowout in their marriage has already happened? Or is it something more innocent? Warning: Spoilers for This Is Us Season 4 follow.

Since the end of Season 3, fans have been pretty sure Kate and Toby get divorced. Toby's arrival at Kevin's during Rebecca's final days loudly hinted he and Kate weren't together and hadn't been for some time. The puzzlebox mystery isn't "do they get divorced," it's "how do they go from married to divorced?"

The answer, it seems, is Crossfit.

As a stress reliever after Jack's birth, Toby got into doing Crossfit as a way to get healthy. He worried that being out of shape meant he might die on his wife and son. He did it with the best intentions.

But Crossfit cultivates an "in-group" mentality. It's geared to pull people into the "gym rat" mentality. And at Thanksgiving, Toby shows every sign of being in deep.

"I hate Crossfit Toby," Kate confesses to Beth. He's become that guy, the one who brings his special diet food to family gatherings, refusing to touch the food everyone else worked so hard to make. He's the guy who pushes everyone into joining his workouts, preaching the gospel of Crossfit to anyone who will listen. And he's got a chat group made up of like-minded Crossfitters who encourage him.

Beth recognizes the warning sign when Kate starts talking about how much she resents Toby's behavior. "If you're only going to other people about what is happening in your marriage, it can be dangerous territory," she says.

Kate can't bring herself to tell Toby how she feels. But it may already be too late. When she grabs Toby's phone to take a picture of Jack Jr. in a pilgrim hat, she sees her husband has a new text. It's from a fellow Crossfitter with a female handle, all tut-tut sympathy and "here for him" over his marital woes. Dangerous territory, indeed.

Toby probably isn't physically cheating. (Not yet, anyway.) But he's skating the line that can lead to an emotional affair. It's another crack in the foundations of Kate and Toby's relationship. His absence at Kate and Kevin's 40th birthday only ups fan suspicions. It looks like the divorce is only a matter of time.