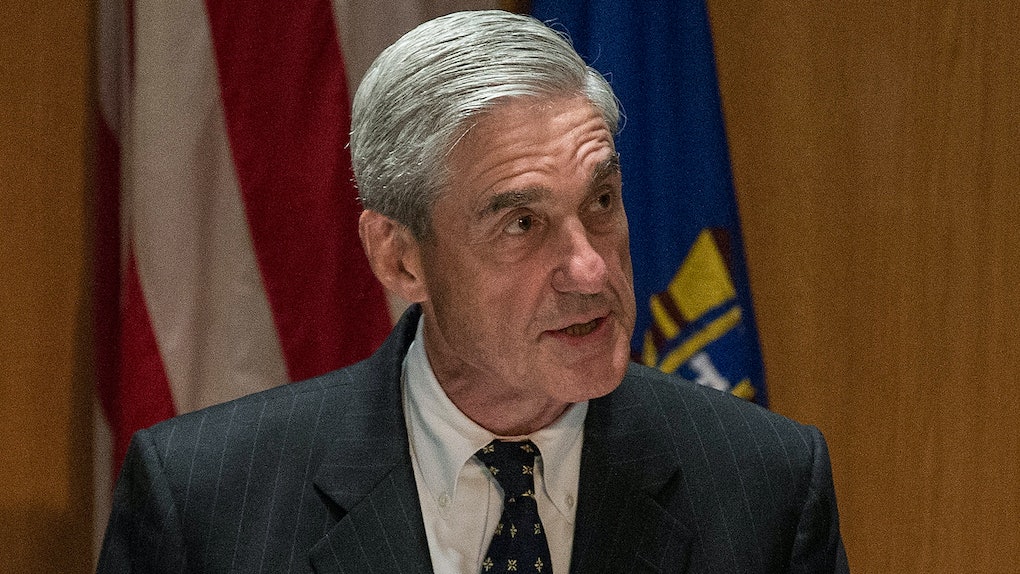 Why Was An FBI Agent Removed From The Russia Investigation? Here’s What You Need To Know

In the months since the Russia investigation was assigned to special counsel Robert Mueller, a lot has progressed. Not only have we seen the indictments of several former President Donald Trump staffers, we've heard two guilty pleas, most recently from Trump's former National Security Adviser Michael Flynn. There hasn't been a ton of information regarding the inner-workings of Mueller's team, however. But that changed when it was revealed that an FBI agent was axed at some point during the investigation's process. So why was an FBI agent removed from the Russia investigation? And how does this reflect on Mueller and Trump's administration?

It was revealed on Dec. 2 that over the summer, a top FBI counterintelligence investigator named Peter Strzok was removed from serving on Robert Mueller's Russia probe team. According to the New York Times, it was discovered by the Justice Department that Strzok sent some anti-Trump text messages (that were dubbed as "reactionary" expressions of distaste for Trump's administration, though it's not clear exactly what the messages read) that indicated a political bias. After the discovery he was subsequently reassigned to the FBI’s human resources department.

So what does this mean for the Russia investigation as a whole? Well, that's a bit convoluted at this point. The Times notes that FBI agents are allowed to express opinions “as an individual privately and publicly on political subjects and candidates,” but it may not matter in terms of allegations of bias. Although Mueller did immediately remove the investigator when he learned of Strzok's messages, it's possible that this might hinder the credibility of Mueller's probe, as well as the Clinton email probe — at least in the eyes of some.

And because Trump is Trump, he of course tweeted about the situation.

He claimed that the FBI is in "tatters" and called out the former director James Comey. He made it very clear that he does not think the FBI is unbiased.

Trump is not the only person in Washington that is critiquing Mueller's Russia investigation as a result of this news. On Dec. 3 former Arkansas Gov. Mike Huckabee went on Fox News and called for an investigation on the investigation. He claimed that there are "a whole bunch of the investigators who are Hillary Clinton donors or supporters," according to The Hill. Huckabee has been a supporter of Trump and his administration, so his comments now come as no surprise.

But members of the FBI feel otherwise. Following Trump's tweets critiquing the legitimacy of the FBI and its members, the head of the FBI Agents Association, Thomas O’Connor, defended the organization and went on the defense against Trump. In a statement, he said,

Every day, FBI Special Agents put their lives on the line to protect the American public from national security and criminal threats. Agents perform these duties with unwavering integrity and professionalism and a focus on complying with the law and the Constitution... This is why the FBI continues to be the premier law enforcement agency in the world. FBI Agents are dedicated to their mission; suggesting otherwise is simply false.

James Comey, who was fired from his post as FBI director by Trump back in May, also defended his former organization, despite no longer working for the FBI. He quoted himself, saying: "I want the American people to know this truth: The FBI is honest. The FBI is strong. And the FBI is, and always will be, independent."

Of course, the revelation comes only a few days after former National Security Adviser Flynn pleaded guilty to lying to the FBI about his contacts with Russian officials on Dec. 1. This is the first high-ranking member of Trump's staff that has pleaded guilty in the investigation into possible collusion between the Trump campaign and Russia to influence the 2016 presidential election, making this a pivotal moment in the investigation's progress.

So Trump tweets or no, it's unlikely that the Russia investigation is slowing down anytime soon. We'll just have to wait and see where it goes.