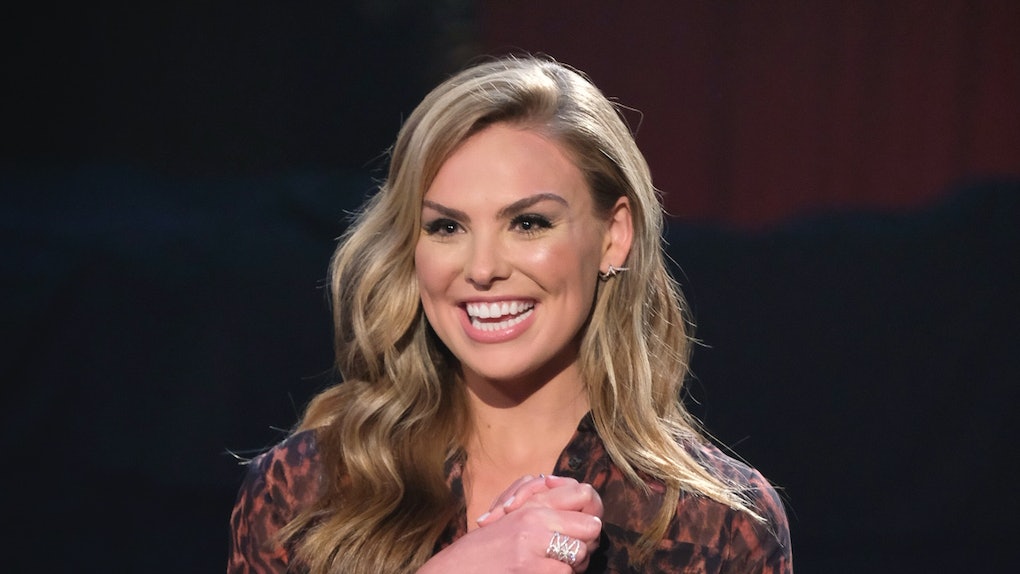 Mondays can be a struggle, but a new episode of The Bachelorette usually ensures two hours of silliness to end the day on a good note. But every now and then, something bursts ABC's Bachelor bubble and fans have to wait a bit longer for an update on Hannah Brown's journey of love. Why isn't The Bachelorette on June 10, 2019? The NBA finals have taken over its time slot, so Bachelor Nation will see more Bachelorette drama in a June 11 episode.

If you don't keep up with sports, chances are that a significant other, friend, or sibling you force to watch The Bachelorette with you does. In that case, they're probably delighting in the fact that they have control over the remote on a Monday night. According to the ABC TV schedule, a shortened version of Jimmy Kimmel Live! will kick off at 8 p.m. ET on June 10, followed by an NBA pregame show at 8:31. At 9 p.m., which is normally the time Bachelor Nation has recovered from watching a whirlwind group date and moved on to a one-on-one, Game 5 of the NBA finals will begin.

Watching the Toronto Raptors and Golden State Warriors play each other isn't exactly the same as watching the Bachelorette battle of the Lukes continue, but the reality show promises that Tuesday's episode will pick up on that right away. The episode's preview takes viewers back to that tense pre-rose ceremony confrontation between Luke S. and Luke P., who first clashed when the former claimed that Luke P. body-slammed him during a rugby match. The other men all backed up Luke S.'s take on the incident, while Luke P. insisted that Luke S. was about to attack him.

June 3's episode ended with Hannah taking both men aside to get down to the bottom of their feud. As seen with her eliminations of Cam and Scott earlier this season, Hannah definitely cuts off any source of sketchy drama ASAP, so how will she apply this to Luke S. and Luke P.?

Before his latest Bachelorette debacle aired, Luke P. also took to Instagram to address his problematic behavior on the show. ICYMI, he's stirred up controversy among fans for his possessive attitude toward Hannah. In a May 28 post, Luke admitted how difficult it was to watch himself on TV, writing, "I have learned a lot and I am continuing to learn about my flaws as a man. I’m the first to admit I am far from perfect. This journey has giv[en] me a great opportunity to grow and mature as a man, for that I am grateful."

So, while basketball fans tune into the game, Bachelor Nation can fine-tune their Bachelorette brackets before seeing how Hannah deals with the Lukes. If you're really suffering from Bachelorette withdrawal, maybe you can put on the footage of Hannah and Jed's hangout with the Celtics and see how long it takes for others to notice it isn't a NBA game. Here's to Tuesday night!