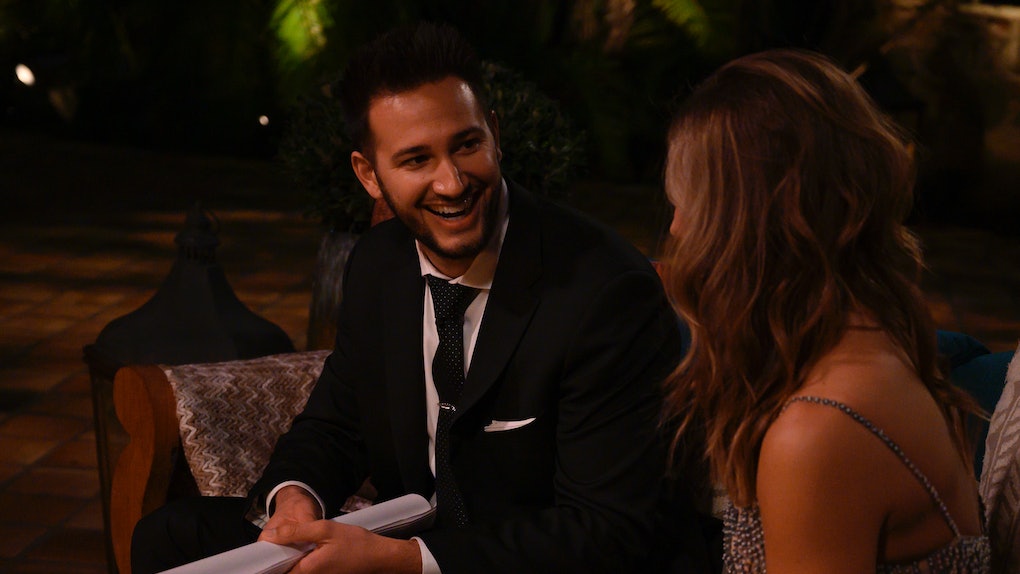 Who Is Scott On 'The Bachelorette'? The Contestant Was Sent Home Quickly During The Premiere

It's a tale as old as time, but it's a story that hasn't played out very recently on The Bachelorette. Contestants showing up with secret girlfriends at home used to be a fairly common occurrence, but not many Bachelorettes have had to deal with it lately. These tables turned for Hannah Brown in her season premiere when her Bachelor friends clued her in one of the men's intentions. Who is Scott on The Bachelorette? The contestant was sent home after Hannah confronted him about having a girlfriend.

If you tuned into the Bachelorette reunion special on May 6, you caught a recap of franchise villain Wes, who famously reached the final four stage of Jillian Harris' season while supposedly having a girlfriend. Luckily, no Bachelorette has had to face something so extreme since then, and Hannah nipped any possibility of it in the bud when she caught word of Scott's shady relationship status. In May 13's premiere episode, she showed him no mercy when breaking down why his faux pas was so wrong.

It all started when Hannah invited fellow Bachelor contestants Demi and Katie to the mansion to spy on Night One shenanigans from a surveillance van. While they voiced their approval of the group's cuties, Demi also had a greater mission on her mind. Someone had contacted her on social media and claimed one of the men had a girlfriend, so she wanted to check out the validity of the situation.

After watching Hannah chat with men, Demi singled out 28-year-old Scott as the troublemaker. She and Katie watched as the software sales executive gushed about being there to find a life partner and planned out the interior design of his and Hannah's dream home. The encounter left Hannah feeling good, but her girls sent in Chris Harrison to pull her away for a warning.

Outside the van, Demi filled Hannah in, saying she read messages between Scott's girlfriend and her friends saying that she had seen Scott days before filming began and that he would return to her after The Bachelorette. Hannah tracked down Scott right away, taking him to a private spot for a confrontation. "I knew you were nervous coming in today," she said. "It might be because you have a girlfriend."

Scott instantly denied this, but every woman could probably tell that his answer was a little too quick and sketchy to be true. After Hannah told him what she knew, he tried to explain himself, saying he had dated someone before filming but it didn't mean that the relationship was serious.

"The reason I'm here is for you," he said. "I came here to get a long-term relationship with someone I can be partnered with going forward ... I wouldn't come here to fake all this stuff. Everything that I'm saying to you has been honest and real up to this point."

Scott tried to excuse the girlfriend story by saying he didn't know how his meeting with Hannah would go, but the Bachelorette wasn't having it. "So you just kept your girlfriend at home just to be safe?" she said. "You're here and taking up so much time. It's not fair to me, it's definitely not fair to that girl who thinks she's your girlfriend back at home. You're not here for what I'm wanting, then it's your chance to leave."

Scott confessed to dating this woman up until he left for the show, but to make matters worse, he bluntly said he didn't envision himself marrying her. He even tried to compare their experience to Hannah "dating" Colton on The Bachelor, which definitely isn't the same as being with someone IRL. Hannah called him out for keeping the other woman on a hook and not being ready for a serious commitment. And just like that, Scott was gone. Tough luck, buddy, but...

Welp, somebody had to be that guy. Good for Hannah for holding her own in this uncomfortable encounter!