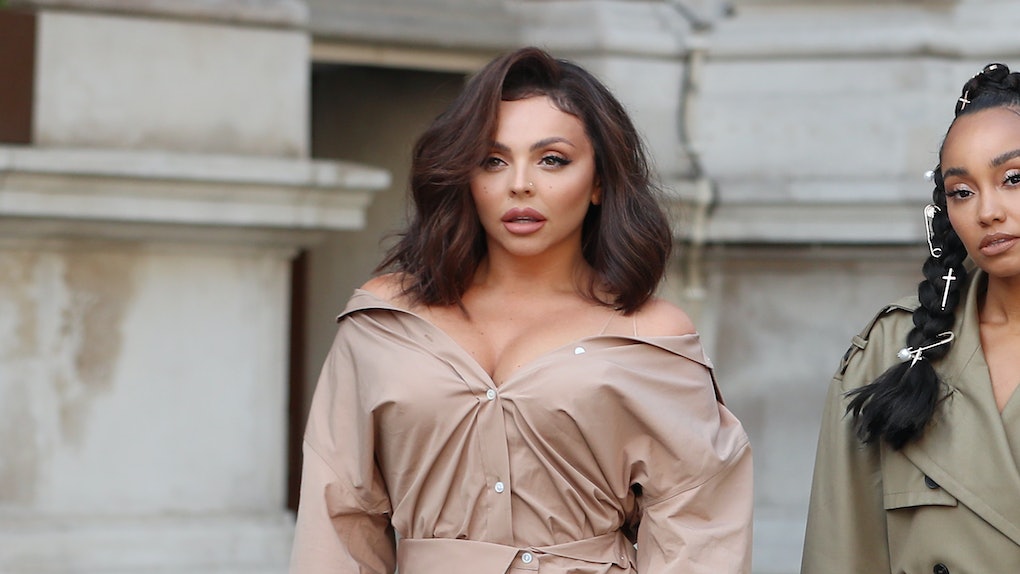 Why Is Jesy Nelson Taking A Break From Little Mix? Mixers Are Concerned

Fans around the world of the pop group Little Mix are concerned and sending well wishes today after the group announced via publicist that Jesy Nelson would be taking a leave of absence from all activities and promotion of their new album, Confetti. The statement was concise, addressing very little and requesting the media be respectful of Jesy Nelson's break from Little Mix and that no further comment would be issued. Fresh off of celebrating the release of the group's sixth studio album, fans are now pausing to send well wishes to Nelson and Little Mix as a whole.

Nelson was recently absent from Little Mix's BBC One talent competition series finale, Little Mix: The Search, on Nov. 7, which was enough cause for concern for many Mixers. When the group addressed the 29-year-old singer's absence on Twitter, an immediate outpouring of support rolled in from fans. A spokesperson reportedly said Nelson had been "unwell" when asked why she did not participate in the finale. Still, no specifics were revealed to fans about her condition. This only further fueled fan speculation about a break that began when Nelson's signature was noticeably missing from a fan's signed copy of Confetti.

Simon Jones, a music and entertainment publicist who reps the girl group and other British pop stars like Niall Horan and Louis Tomlinson, broke the official news of Nelson's break to Mixers and the press on Nov. 17 via Twitter. The only elaboration provided on the reason for Nelson's temporary departure was that it is due to "private medical reasons."

Mixers were quick to reply to Jones with words of encouragement and love for Nelson. "I just hope she knows that we’re all sending her so much love and light," one fan tweeted along with photos of the singer smiling on stage.