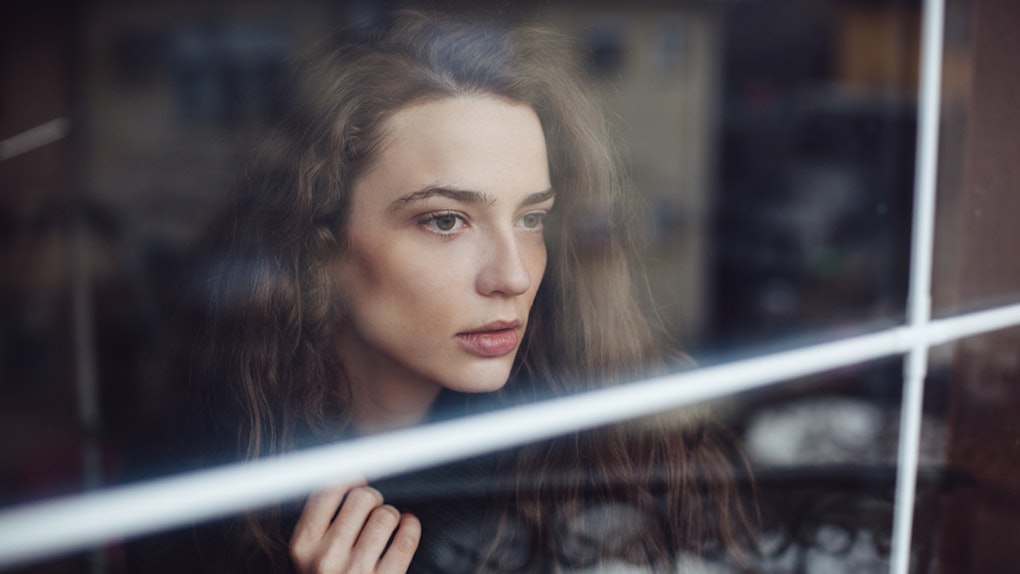 Why Don't People Want Relationships? 5 Legit Reasons Why Someone May Not Want One

One time, a friend of mine rallied her recently broken heart and went on a date with a random Tinder match. She was unenthused, but he seemed interested. He also had the rare ability to convey acerbic wit via text without sounding like a total jerk. He, a Manhattanite, was even willing to trek to Brooklyn for their first date. They got along immediately. "Why don't people want relationships?" my friend mused to her therapist the next day, before immediately adding: "Because a Monday night makeout at a bowling alley with a stranger is fun."

Fast forward through much interest on the part of the Manhattanite, multitudes of romantic adjacent dates, and an "I'm chill with whatever" attitude on the part of my intimacy-allergic friend. Eventually, she caught feels. Of course, this development of feelings coincided with her realization that a full relationship would probably never materialize with this superb gentleman. Manhattanite had just gotten out of a long-term relationship, and was moving away to grad school in six months. He also had some family and mental health matters to sort out.

Manhattanite said he was 88% clear on the fact that he really liked my friend, but that he didn't want a relationship. She attempted to write him off as a bad guy, but he was actually a kind, emotionally intelligent, dude who wanted to be single. They both saw other people, but continued to see each other, even meeting up when in each others' cities when Manhattanite was no longer a Manhattanite.

The chemistry was great. The banter was excellent. The friendship was there. Staying in touch seemed like an OK idea at the time. Two years after they met, he would finally be ready for a relationship, and would let her know that he met someone at school. My friend would be sent into deep sadness and regret over not telling him how she felt a literal year prior.

If by now you can't tell, this friend is me. Somehow, writing about my friend feels less terrifying. I'm very mortified by how long I spent thinking this man would "pick me" for something beyond a diet relationship, rather than going out there and picking what I actually wanted, which was absolutely not the sweet but indecipherable hieroglyphic of a person that Manhattanite is, for me at least.

I'll never quite understand why our excellent chemistry combined with friendship closeness was never enough for him to want to exclusively date me. We're still in touch as friends, and I have to assume he's not an attention-seeking emotional monster, but someone who genuinely did not want a relationship in a non-nefarious, legitimate way. He kept whatever we had going on for so long because I encouraged him to.

I spoke to Meredith Golden, relationship expert and founder of SpoonmeetSpoon, about some legitimate reasons someone might not be ready for a relationship. Here they are:

1. They Are Already In One

LOL. Thought I'd lighten the mood there for a moment. If a person is telling you that they are not looking for a relationship, do a quick sweep of the internet to make sure they're not already in one. Stranger things have happened.

2. They Travel Too Much For Work

"If someone has to travel for work heavily over the next six months, finding the time to foster a relationship may not exist," says Golden. Especially at the beginning of a relationship — I'm now thinking about a move out of New York, and it makes dating a very different experience.

3. They Have Major Life Stress Going On

"If an individual or family member is sick or dealing with a crisis, dating becomes secondary because all available time is allocated to the presenting situation," says Golden.

I lost my mom to cancer in May, and dating has never seemed more foreign to me. I can barely connect with a lot of my own feelings about her death, and thinking about sharing those feelings with a stranger is complicated. She was sick for 10 years, during which I also had a hard time saying "yes" to relationships. In hindsight, it may have been too much to risk — I didn't need to open my heart up to any other heartbreak. (Hence me hanging on to Manhattanite, whom I know things would never work out with, as a nice text distraction.)

Oftentimes, timing is a BS excuse. However, I do think many people assume they'll be in a certain "place" in life before committing to someone. If I do make a March deadline for that move to L.A., will I really be up for a serious relationship in the next few months? Probably not.

Recently, a male friend shared with me that he had met a very great and important woman in his early 20s, but that he was too intent on figuring out dating and having fun to commit to her. She's married now, and he told me it really was based on his timing, and that things would look a lot different if he had met her now. "Most of the time, if something great is brewing, people will find the time and make it work," explains Golden. "However, sometimes, it’s just not possible."

5. They Are Self-Aware About What They Can Give

If a person is telling you that they don't want a relationship, Golden says that they're probably just interested in hooking up or ending whatever is going on. Fair point, and exactly why I had an existential crisis when I met Manhattanite, who told me upfront that he didn't want a relationship, but with whom it was never solely physical. #Complicated.

However, last night, another male friend explained his inability to enter into relationships to me differently (I'm in the midst of a dating experiment and podcast, so I've had a lot of chats with smart ladies and men about dating as of late). He told me that he doesn't want a relationship because he knows that he won't be able to be a good partner right now. Basically, he explained that because he is so busy and also looking for more fun, casual experiences, he could say "yes" to a relationship, as he has in the past, but that it wouldn't be fair to his partner.

Whew. So many feels, right? Fledgling relationships that might never even hatch are still very confusing. The most important takeaway I have after experiencing multiple lengthy faux-lationships: It's really important for you to decide what you want. If it's a relationship, don't pull a me. Instead, speak up for what you want.

If someone you are seeing tells you they "don't want a relationship" Golden recommends you say: “I misread you. I thought this had relationship potential. Thanks for letting me know so I don’t waste any more of my time.” Much more polite than "boy, bye." I wish I had said this to Manhattanite years ago.