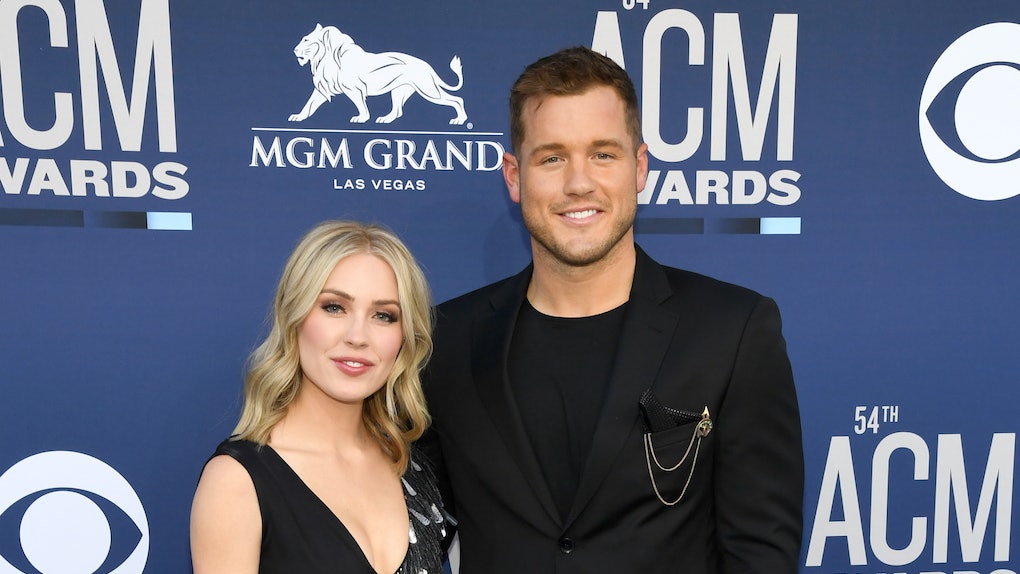 Why Don't Colton Underwood & Cassie Randolph Live Together? He Just Got Super Honest

They seem to be in love and in sync, so why don't Colton Underwood and Cassie Randolph live together? For those of you who haven't necessarily been keeping up, Randolph was Underwood's final pick in the 23rd season of The Bachelor. But things didn't quite go according to plan.

Instead of getting engaged, as is tradition on the ABC franchise, these two decided to take things slow and just date like normal people do. Part of just dating for them also means that they haven't moved in together yet. Yes, Underwood moved to Los Angeles to be closer to Randolph, but they're still not shacking up in the same place.

Us Weekly reports that Underwood, 27, lives north of Hollywood, while 23-year-old Randolph lives in West Hollywood. “We are trying to do everything as normal as possible,” Underwood told Extra of their decision to live apart from each other. “I don’t think you realize how many important steps you miss in the Bachelor process, which is nothing against them. We want to make sure we do this the right way. Statistically speaking, for Bachelors, it’s not very good odds, so I think us going against what other Bachelor and Bachelorette couples have done is probably going to work out in our favor.”

I'm going to have to agree with Underwood on this one. When it comes to The Bachelor, not doing what every couple before them did might be a good idea.

Underwood also made it clear that the decision to take things slow and live separately has worked out pretty well for them so far. “We both feel like … living our separate lives but still coming together at the end of the day is what’s most important for us and what’s the right step for where we’re at in our relationship," he continued.

Glad it's working for them!

Another fun little factoid about their living situation? Randolph just so happens to live in the same building as another Season 23 contestant, Caelynn Miller-Keyes. Miller-Keyes recently told Us Weekly that she and Randolph “are living two floors apart from each other.”

But don't worry. While living in the same building as the woman your ex chose over you on national television might seem like it would be awkward, Miller-Keyes is totally cool with it.

“It is completely normal,” Miller-Keyes, 23, told Us Weekly of her living situation. “I think people are a little weirded out. They don’t understand it. But we filmed a TV show [together]. … If you look at past, like, prior contestants, they’re friends … with the lead. That’s exactly what happened in this situation. I was able to detach my emotions and my feelings, and Colton’s like a big brother to me and I love him as a friend.”

Yep, that's right. She referred to a dude she once played tonsil hockey with on television as "a big brother," but, hey, to each their own! It's a good thing Miller-Keyes and Underwood have such a good relationship because Randolph probably isn't leaving that building anytime in the near future.

Honestly, sounds lovely. Happy for them!