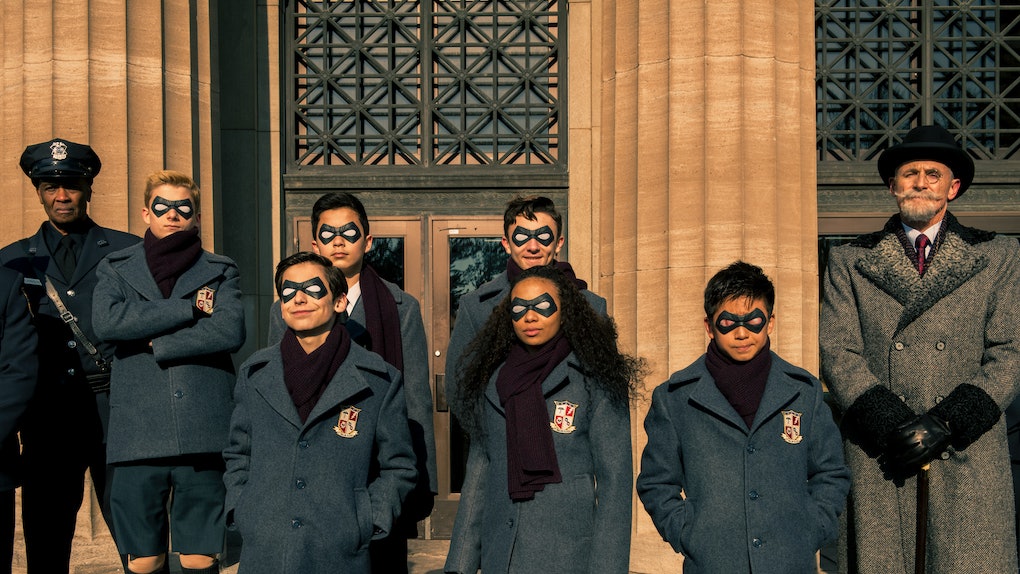 Why Do The Kids At 'The Umbrella Academy' Have Numbers Instead of Names? Here's Your Explanation

In the Year of our Lord 1989, 43 women all gave birth at the same moment. It would not have been remarkable, except none of the 43 women had been pregnant five minutes before giving birth. Hearing of this miracle, a mad billionaire, Sir Reginald Hargreeves, traveled to all the mothers and attempted to buy their children for study. He managed to get custody of seven of them. But why do the kids at The Umbrella Academy have numbers instead of names? It's because this is how Hargreeves thought of them. Warning: Spoilers for The Umbrella Academy Season 1 follow.

Hargreeves is an eccentric billionaire and mad scientist. (In the comics, he's an alien.) He adopted the children out of a sense they would be unique in some manner, perhaps super-powered mutants. In this, he was correct. But he had zero interest in parenting — he built a Robot Mom to care for the children — and did not bother to use, or even learn, the their given names. Instead, he numbered them, in order of usefulness, as their powers manifested.

The early going of The Umbrella Academy is a little hard to follow, due to the flashback portions refer to the children solely by their numbers, while in the present day, the adult versions all use their real names. Also, there's a couple of numbers missing, which makes it confusing.

Here is a rundown of the characters by number, name, and ability, when the show starts.

Luther attempts to live up to his number by taking the role of leadership. His chest was switched out with a gorilla's torso to save his life at one point, which he tries desperately to hide.

Diego is the Batman vigilante of the group, solving crimes. He has always been rebellious, but he's the most faithful to Mom.

Whatever Alison says aloud, people instantly accept as truth. She was a child star, and now Hollywood A-list royalty. She has a daughter who lives with her ex.

Klaus has spent his life traumatized by his ability. His only way of stopping it is via opiates. He's been an addict since his teens.

According to Hargreeves, Vanya's abilities never manifested, and there is nothing special about her at all, other than the need to take pills to calm her nerves. She compensates by playing the violin.

As for the missing numbers:

Number 5 went time traveling one day when he was 13 and never came back. He is considered lost when the story begins, but it turns out to be a lot more complicated, and involves the apocalypse.

Ben died as a teenager. It is not clear if it happened on a mission or if it was suicide. Ben's ghost spends his time hanging with Klaus.

More like this
These Movies & TV Shows Starring 'Shadow And Bone' Actors Are Far From Ravka
By Ani Bundel
Is Netflix Making A 'To All The Boys' Spinoff Series About Kitty? Here's The Tea
By Rachel Varina
6 ‘Schitt’s Creek' Spinoff Ideas That Are Simply The Best
By Rachel Varina
Stay up to date