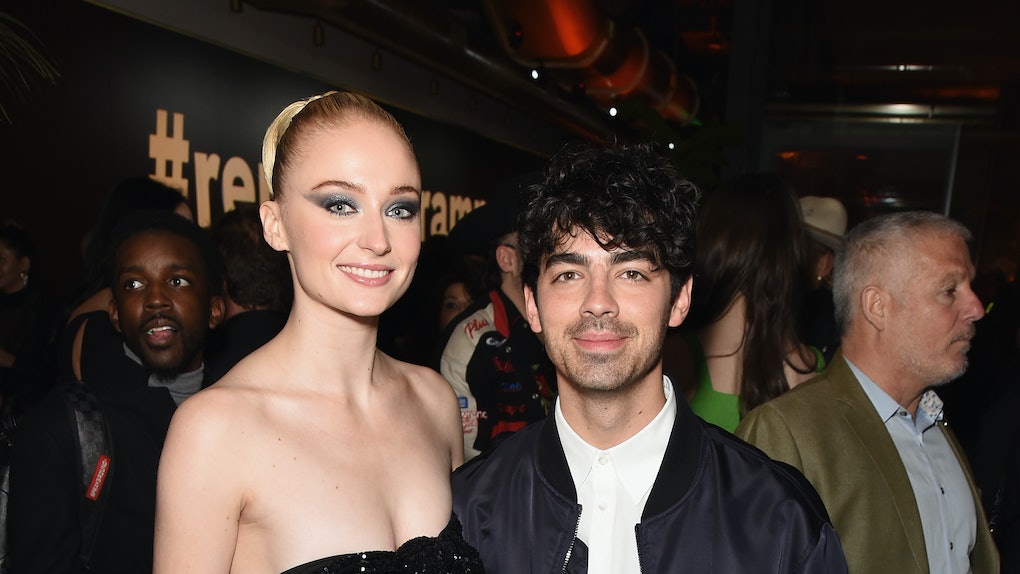 Their nuptials have been making headlines all day, but why did Sophie Turner and Joe Jonas marry in Las Vegas? According to a source who spoke to People, Turner, 23, and Jonas, 29, reportedly had to tie the knot in the United States so that their marriage could be legal before they go ahead and have the large wedding ceremony they've planning for in France this summer. “They had to get married in the States to make it legal, but the wedding is still in Europe,” the source told People.

At least one of the parties to be married must have resided in France for at least forty days immediately preceding the marriage. This precludes a wedding in cases where both parties are only visiting for a short stay.

That would be pretty dang hard to make happen with Turner's busy travel schedule as an actress and Jonas' busy traveling schedule as a member of one of the hottest pop groups of all time. So, instead, the two are just going to have a religious ceremony in France. But, to be clear, that ceremony won't be legal. “In France, a religious ceremony does not constitute a legal marriage," People reports per the U.S. Embassy & Consulates in France.

But it's totally cool because their fun Las Vegas ceremony was legal.

The two have been pretty open about their plans to get married in France in the summer of 2019 for a while now, which is why the impromptu Vegas marriage came as a major shock to fans of both the stars.

About that Las Vegas ceremony, let me tell you a bit more about it. The two headed on over to Chapel L’Amour inside A Little White Wedding Chapel after Jonas crushed his performance of "Sucker" alongside his brothers at the Billboard Music Awards.

Diplo did fans a major solid by live streaming the entire ceremony on his Instagram, even including the rogue dog filter here and there. In Diplo's video, you can see that Khalid was in attendance, Nick and Kevin Jonas served as groomsmen, Dan + Shay performed, and an Elvis impersonator officiated. Needless to say, it was perfect.

“We can confirm Sophie and Joe were married in Las Vegas last night,” a rep for Turner told People on Thursday, May 2, 2019.

I know, I know, I know... Their legal wedding was already perfect! Like, once you have a live Dan + Shay performance, Khalid as a guest, your brothers as best men, Diplo as a cinematographer, and an Elvis impersonator as an officiant, what more could you ever possibly ask for!?

Well, I guess if you were going to ask for one more ceremony... it would probably be a swaggy summer ceremony in France. OK, I'll allow it.

Congrats to the newlyweds!

More like this
When Are Ariana Grande & Dalton Gomez Getting Married? Here's The Reported Tea
By Corinne Sullivan
Zac Clark & Tayshia Adams Are Wedding Planning & I’m So Pumped
By Lydia Wang
Scott Disick's Quote About Seeing Kourtney Kardashian Date Is Heartbreaking
By Candice Jalili
Stay up to date