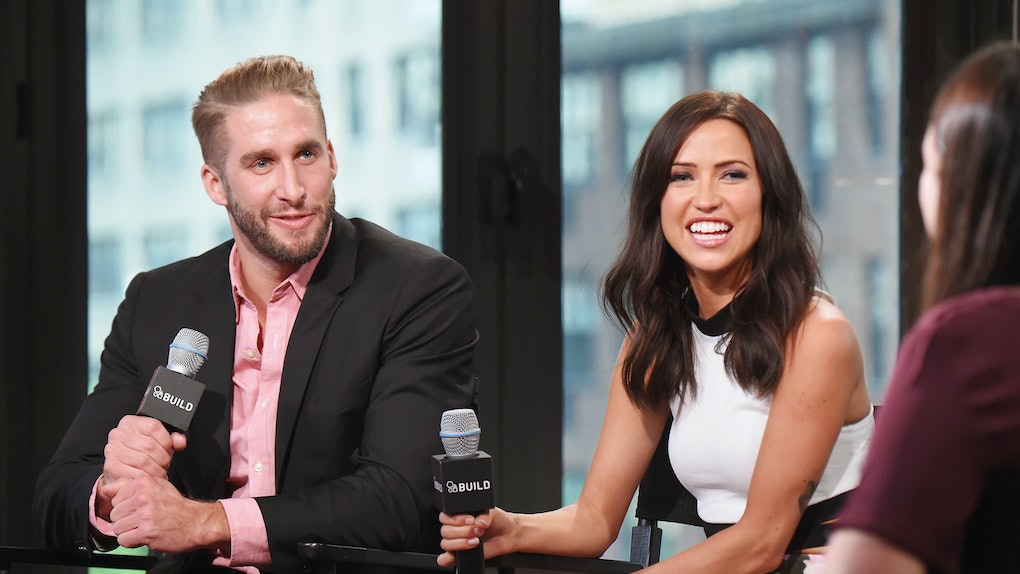 Why Did Kaitlyn Bristowe & Shawn Booth Break Up? The 'Bachelor' Couple Split After 3 Years

Hold onto your roses, Bachelor Nation. After several months of dealing with breakup rumors, Season 11 Bachelorette Kaitlyn Bristowe and her fiancé Shawn Booth have officially split. They were together for more than three years. We never like seeing our favorite Bachelor alums experience rocky times, but why did Kaitlyn Bristowe and Shawn Booth break up? It looks like they grew into different people over the years.

The Nashville-based couple confirmed their split to PEOPLE on Nov. 2, saying in a statement:

After three incredible years, we have decided to go our separate ways. This difficult decision comes after thoughtful, respectful consideration. Even though we are parting as a couple, we’re very much committed to remaining friends. We have both evolved as people, which is taking us in different directions, but with the hope that we will continue to support each other in new ways. Due to the nature of how we met, our relationship has always been very public, and we have enjoyed sharing it with all of you, but we ask that you respect our decision and our privacy at this time.

33-year-old Kaitlyn first addressed the growing speculation about their relationship status in August, breaking down the truth for fans on an episode of her podcast Off the Vine. At the time, she had been in her native Canada for a family visit while Shawn was running his own gym in Nashville. She explained:

I’m in Canada because every single year I have made a promise to myself and my family that I will come up every August and enjoy downtime with the people that I love in a country that I love... Shawn did not come up with me because the guy just bought a gym. He bought a business... We are both so busy, and unfortunately that means we’re spending all of this time apart.

After finishing in third place on Chris Soules' 2015 season of The Bachelor, Kaitlyn met personal trainer Shawn on the following Bachelorette season. Although repeat contestant Nick Viall joined the cast mid-season and made it to the Final Rose stage alongside Shawn, Kaitlyn chose the latter, who also received her first impression rose at the beginning of the season. Their engagement began the ongoing Bachelorette trend of the leading lady ultimately picking the winner of her first impression rose in the finale. After their season finished (and Kaitlyn accidentally revealed before the finale that she was with Shawn), the couple moved in together in Nashville.

The breakup news comes soon after Kaitlyn was vocal about the pair committing to work through their issues. On her podcast, she said, "Sometimes the relationship isn’t being put first, but does that mean you call it quits? No... you work through it and yourselves to be better. And you know that times aren’t always going to be smooth sailing."

It's definitely sad to hear about this split, but let's be glad that the two still want to remain friends. We wish both Kaitlyn and Shawn the best during this difficult time.