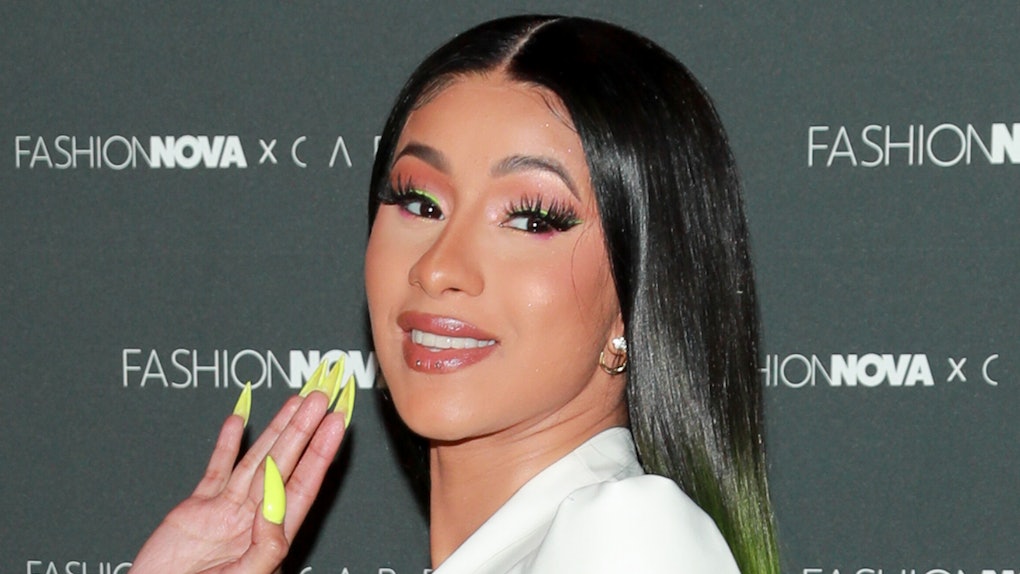 Why Did Cardi B Cancel Her May 2019 Concerts? The Reason Is Pretty Concerning

One of the best parts about Cardi B is her total honesty, even when it comes to things like her body image and plastic surgery. From the beginning, she has been totally open about any and all procedures she's had in her life that have helped her look and feel her best. However, Cardi B just canceled a bunch of concerts, and according to reports, it could have something to do with a recent trip to the surgeon. Why did Cardi B cancel her May 2019 concerts? One source says it's due to recent liposuction. Ow. Elite Daily reached out to Cardi B's team for comment on the report, but did not hear back.

Cardi B was originally scheduled to perform over Memorial Day Weekend at the 92G Spring Bling Festival in Baltimore, Maryland, but had to pull out. According to US Weekly, event organizers rescheduled her performance to September 8. A source confided she is "focusing on her health and the advice of her doctors" and is "very disappointed and hates to let her fans down, but she wants to reassure them that she’ll see them in September."

The "Money" rapper also had to cancel a show on Tuesday, May 21, in El Paso, Texas. El Paso County Coliseum officials stated the cancellation was due to "circumstances beyond her control."

In addition to the source that spoke with US Weekly, TMZ reported Cardi needs to wait for swelling to go down. In fact, in early May, Cardi B herself told a crowd at the Beale Street Music Festival in Memphis that she shouldn't be on stage due to her recent cosmetic surgery.

"I shouldn't really be performing. I should've canceled today because moving too much is gonna f*ck up my lipo," she said. However, in true Cardi B style, she added, "But b*tch, I'm still gonna get this mother f*cking money back, let's go!"

Cardi B previously spoke with E! News about the decision to opt for surgery and how her intention is always to remain open and honest. She explained,

It was important for me because I don’t like lying about things. Like, when you see somebody that had lipo, you think that they just go into the doctor’s and like, boop, you come out and you look amazing, but it’s actually, like, a very long process, recovery.

At her Fashion Nova line launch on May 8, she spoke more with Entertainment Tonight about her decision to get liposuction.

"I want to explain to people how hard it is to process," she said. "I feel like people look at girls on Instagram and go, 'Oh, they got their lipo done and it was so easy.' It is just such a long, hard process, almost like the same process as after you give birth to a baby and you see your body change and snapping it back."

Cardi B also recently admitted she got her breasts redone after her daughter Kulture was born. She explained, "I feel good, but then sometimes I feel like not, you know? [When] your skin is stretched out."

I don't know why, but the way she described "stretched out skin" makes my teeth feel weird.

Anyway, fans hope you're back in action and feeling better soon, Cardi! Best of luck.

More like this
Cardi B's Quotes About The Racial Pay Gap In The Entertainment Industry Needed To Be Said
By Brandy Robidoux
BLACKPINK's Rosé's "WAP" Challenge TikTok Even Had Cardi B Shook
By Michele Mendez
Are BTS & Coldplay Collaborating On A Song? Here's Why Fans Think It's Happening
By Michele Mendez
Stay up to date