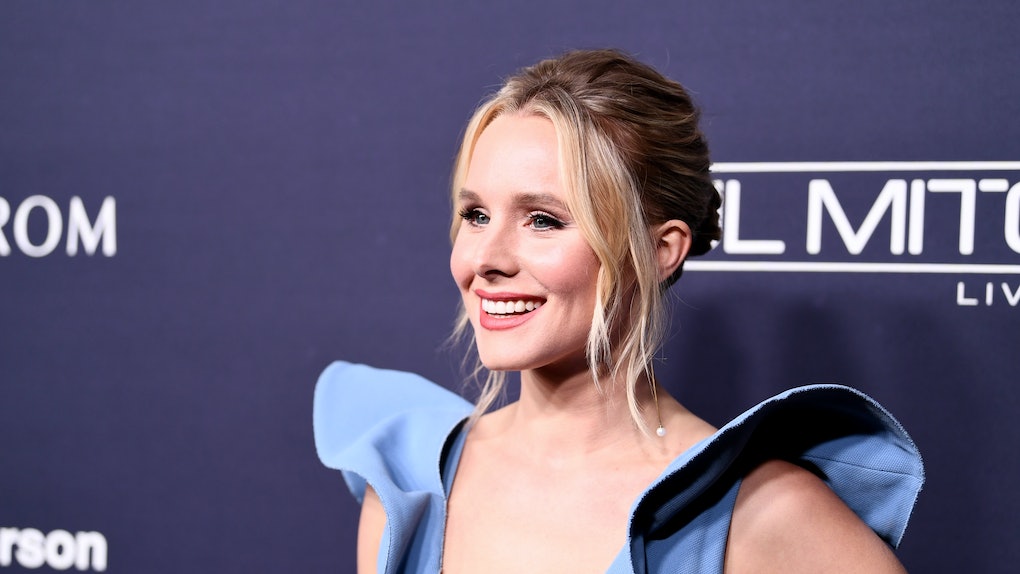 Who's Hosting The 2018 SAG Awards? Kristen Bell Is Ready To Steal The Show

For years, the world of awards season was defined by the three big televised events: The Oscars, The Emmys, and the Grammys. But since the mid-1980s and rolling into the 21st century, we've seen several more join the pack –including the Golden Globes, the Tonys, and the SAG awards. This year, the SAG Awards, which air on both TBS and TNT, are stepping up to modernize their event into a more familiar format, by adding a host for the first time. So who's hosting the 2018 SAG Awards?

The SAG Awards stand for the Screen Actors Guild Awards, and they are one of the newer awards shows on the block. The Oscars date themselves back to the 1920s. Most others, including the Grammys, the Tonys, and Golden Globes date back to the late 1940s, and the Emmys since the early '50s. In comparison, the SAG Awards first annual awards ceremony was held in 1995.

Though they first began in an era of live television, and have been broadcasting on Turner networks since their inception, their format has been more egalitarian over the three decades of their existence. Designed as an award "For Actors, By Actors," it is a show predicated on recognizing the work of casts in both film and television equally. It is also the only show to recognize ensemble casts, instead of just singling out solo performances.

Like the Golden Globes, it is not a stage show, but an awards dinner, which also means that those who win have sometimes been imbibing a bit more than they should, giving an air of dangerous spontaneity to the evening. But what it hasn't had is a host to control the what happens on stage, since everyone attending is supposed to be equal.

But audiences at home respond better to having a host drive the evening, and the right host can bring in eyeballs that might not otherwise watch. (Think about how much we debate how Oscar hosts do every year.) The SAG Awards have decided that, egalitarian values be darned, they'll try it. To do so, they'll lead off with one of Hollywood's most likable personalities: Kristen Bell.

The SAG Awards executive producer Kathy Connell said they were "delighted" to shake things up.

We are delighted to have Kristen Bell as the first-ever host of the SAG Awards. This has been a year in which assumptions have been challenged, stereotypes have been shattered, and precedents have been broken. We decided to capture the cultural mood by casting aside one of our own traditions, and we're thrilled to have such a talented performer like Bell help us do so.

Bell, who is best known for her too-short-lived show Veronica Mars, and now stars on NBC's hit show The Good Place, does have some hosting experience. This past spring, she stepped in and covered for Jimmy Kimmel when the host was on paternity leave.

Check out her opening monologue, which might give you an idea of how she'll do at the SAG Awards.

Bell admitted she's nervous to take on a show of this size, but eager.

I am honored to be part of the SAG Awards, and am a little nervous about being its first-ever host. I'm so glad that I'll be in the company of my fellow actors, many of whom I've worked with before, so I know they'll be warm and supportive. It's going to be an amazing night.