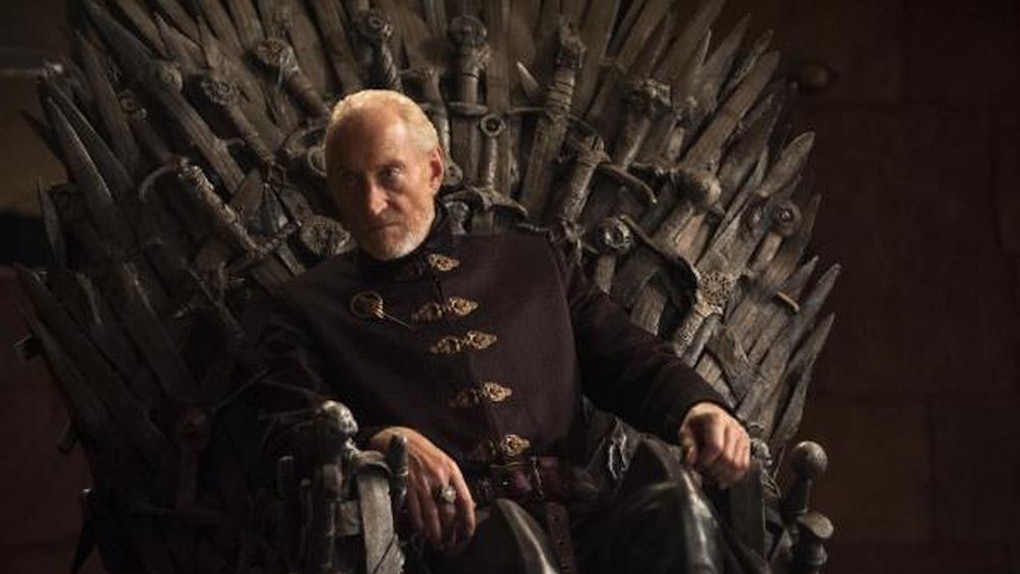 Who Will Star In The 'GOT' Prequels? Tywin Lannister May Play A Big Role

Filming for Game of Thrones Season 8 is underway in Ireland, with rumors that the bulk of the major outdoor work won't come until January, when the snow is thick on the ground and the world is coldest. But meanwhile, back at HBO, the channel is working towards finding a replacement series for after these final six episodes air. Not only are fans wondering who will star in the Game Of Thrones prequels, but actors are too. And at least one of them has already stated that he enjoyed working on the series so much, he would totally come back for a second round if it were offered.

Charles Dance's role as Tywin Lannister certainly wasn't the biggest, but while he was alive, he was one of the best players in Westeros' "Great Game," as his son Tyrion once termed it. While the Lannister mines ran out of money, and their family should have suffered for lack of funds, Tywin made sure to consolidate his position, get himself on the right side of those who had the money and the power, and then turn on a dime when it was time to switch sides.

Tywin was Hand of the King during "Mad King" Aerys II's reign, and like most Hands, he used his position to be the true power behind the throne, especially once Aerys' mental health declined. When he saw the writing on the wall, it was he who opened the gates to Robert's Rebellion, and ordered Rhaegar's offspring be killed, to prove his loyalty to the new regime, and position his daughter Cersei to marry the conquering monarch.

Now, we know that HBO is working on not one, not two, but five potential prequels to succeed their flagship show. And Dance is hoping that perhaps one of them might have a slot for a Lannister.

If it was in the same calibre, yes. Because Game Of Thrones really was as good as it gets. It’s a fantastic series. I look back on it fondly. Occasionally you have long days in the cold, the horse doesn’t behave properly, or the armour sticks in the back of your neck, but we’re not down in the mines digging for coal, we’re actors. We’re pretending for everything, and we’re very lucky to be able to do that.

Here's the thing though, Dance wouldn't come back to play Tywin. He can't. None of the five prequels are going to be set during a time when any of the characters were alive, so there's no chance of seeing Tywin Lannister at an earlier age, during Robert's Rebellion or anything.

But that doesn't mean that the prequels will all be completely devoid of Lannisters. Only two families alive in Game of Thrones today can trace their family's lineage all the way back to the first Long Night, when the First Men fought the howling hordes from the Lands of Always Winter, alongside the Children of the Forest and the Giants: The Starks and the Lannisters.

After the war ended, the Starks founded Winterfell, helped build the Wall, and became the Kings of Winter. The Lannisters, on the other hand, went southwest, to the "fertile cresent" of Westeros known as The Reach, where the legend says that Lann the Clever tricked the Casterly family out of their homestead Casterly Rock and went on to rule the Westerlands until this day.

That's many generations of Lannisters, who survived not only the the Age of Heroes, but the conquest of the Andals, the Wars of Conquest against the Targaryens, and thrived under 300 years of Targaryen rule. We're certain that the prequels will be covering at least some of those periods. Couldn't Dance play an ancient ancestor of the Lannisters?

Here's hoping. Game of Thrones Season 8 will arrive sometime in the vaguely distant future (2019?), and the prequel will probably come a good couple of years after that.