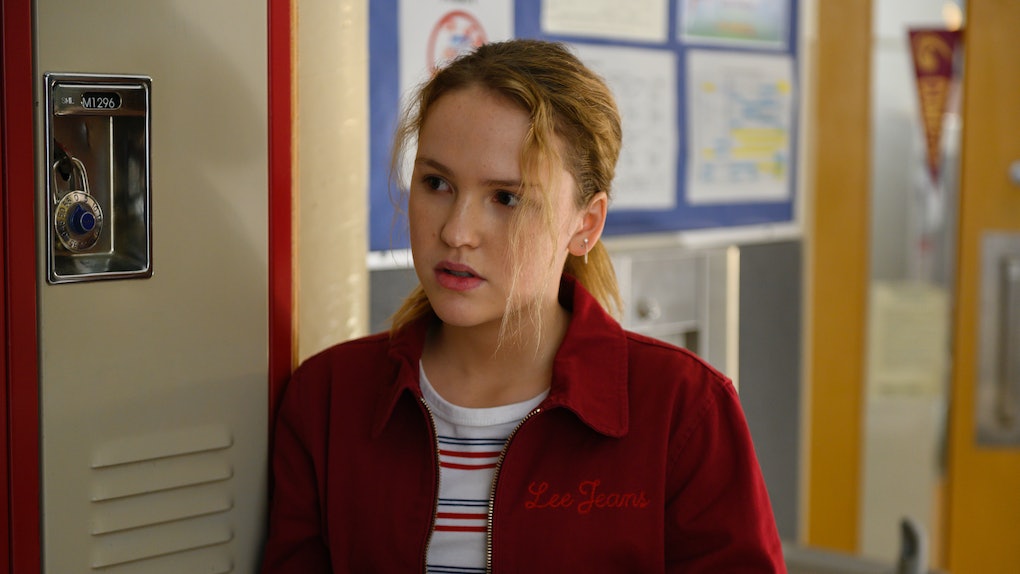 Who Plays Alexis In Netflix's 'Away'? Talitha Bateman May Look Familiar

Season 1 of the new space drama Away hit Netflix on Sept. 4, and if you've already seen it, you know it's full of thrills and emotional moments. As an astronaut sets out on a dangerous mission, her family has to deal with the repressions of continuing life on Earth without her. You might recognize Hilary Swank as the leading space-explorer, but there are also a ton of other popular actors. Talitha Bateman in particular, who plays the astronaut's daughter Alexis in Netflix's Away, might be recognizable, because she's no stranger to the screen.

The space drama series Away — which is loosely inspired by Chris Jones' 2014 Esquire article about a year-long space mission — centers on Emma Green (Hilary Swank), a fictional astronaut who was tasked to command an international space crew for a dangerous mission. She must leave her family behind, including her husband Matt (Josh Charles) and teenage daughter (Bateman). The story celebrates the incredible advancements humans can achieve and underscores the importance of supportive relationships in everyone's lives.

While her mother sets off to space, Alexis has to deal with the ramifications of having a loved one on a dangerous mission and a father facing life-changing health struggles. She's forced to grow up quickly in the face of all of the changes, and Bateman's commendable performance as Alexis portrays how hardships shouldn't stop one from enjoying life.

If Bateman looks familiar to you, there could be several reasons why. The 18-year-old actor got her start on screen in 2012, and landed her first movie role in 2014 with Petals on the Wind. She might be most noticeable for her more recent roles — which included Nora in the 2018 film Love Simon, and Janice in 2017's Annabelle: Creation.

Season 1 of Away is now available on Netflix.