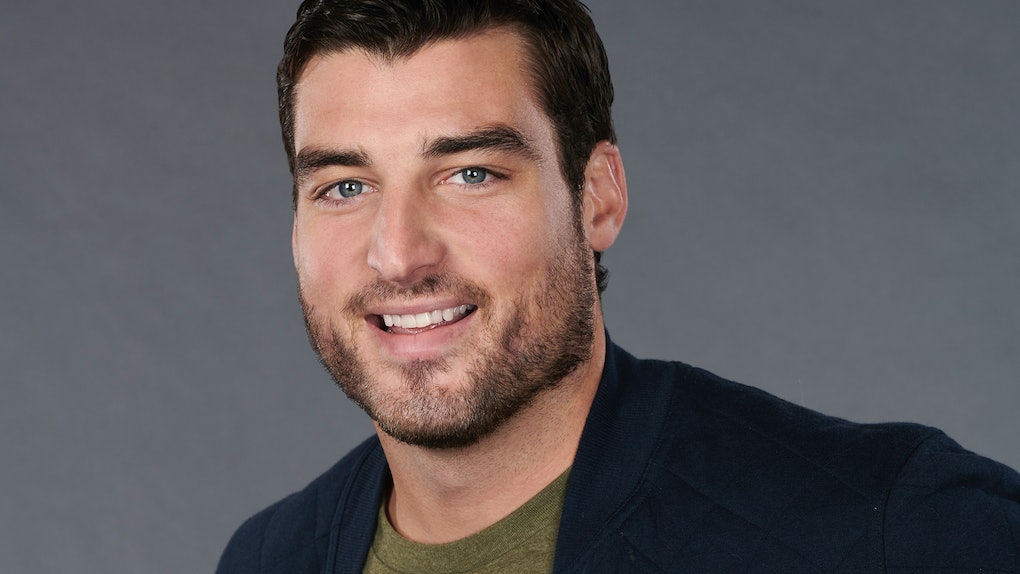 Who Is Tyler G. On 'The Bachelorette'? Here's What Bachelor Nation Should Know About Him

The first few weeks of The Bachelorette inevitably feature lots of questions about men's names and whether that one guy was actually around at the start of the season. Just as there are inevitably several similar-looking blondes on The Bachelor, The Bachelorette always stars some beefy bros with the same haircut. In the case of Hannah Brown's season, three pairs of men even share the same name, so who is Tyler G. on The Bachelorette? He told Hannah that she appeared in his dreams before they even met, but he actually has a valid explanation behind that intense entrance.

While Season 15's Tyler C. received a premiere intro package showing off his Footlose dance moves, Bachelor Nation only saw fellow Florida resident Tyler G. exiting the limo on Night One. He told Hannah he's been dreaming about her for weeks, but if that sent the bad kind of shivers up your spine, rest assured. According to his ABC bio, Tyler actually has a side hustle of a dream therapy analysis business and may have explained this to Hannah in unseen footage. The 28-year-old's bio reads:

Tyler G. is a very laid-back guy with a go-with-the-flow kind of attitude. He avoids clubs at all costs and would much rather spend time reading, going to Soul Cycle, or relaxing on his boat. Tyler considers himself a modern romantic and is looking for his equal match, who he says is a confident girl that isn't afraid to lay it all out on the table and is one that can make him laugh ... Tyler's life goal is to get his PhD in psychology and become a clinical psychologist ... [He] has a side business in Dream Therapy Analysis.

As his career is listed as a psychology graduate student, it looks like Tyler's on his way to checking a goal off his bucket list, but a deep dive into his internet presence suggests that he's traveled down quite a few life paths. His Instagram bio reveals that he's also lived in New York and Nashville before attending graduate school in Florida. He also worked as a marketing and sales coordinator for Spiked Seltzer, and a 2017 interview he gave about his experience with the product details how he grew up in Connecticut before moving to Nashville to build the brand's presence there. Tyler G. may very well have some profitable Instagram ads in his future.

Thanks to the premiere drama surrounding a contestant with a girlfriend, fans didn't see much of Tyler G., but he still came away with a rose. Although a season teaser always gives viewers an idea of which men become key players on The Bachelorette, plenty of past contestants have snuck under the radar to become sleeper favorites. Unless he receives some more airtime in the next few weeks, maybe Tyler G. is destined to become one of those wildcard picks who wins over fans' hearts. After all, having an interest in dream analysis sounds like the making of a perfectly goofy Bachelorette credit scene. Forget Instagram sponsors — maybe Tyler's Bachelor Nation future rests in interpreting fans' dreams. Anything goes in this franchise, right?