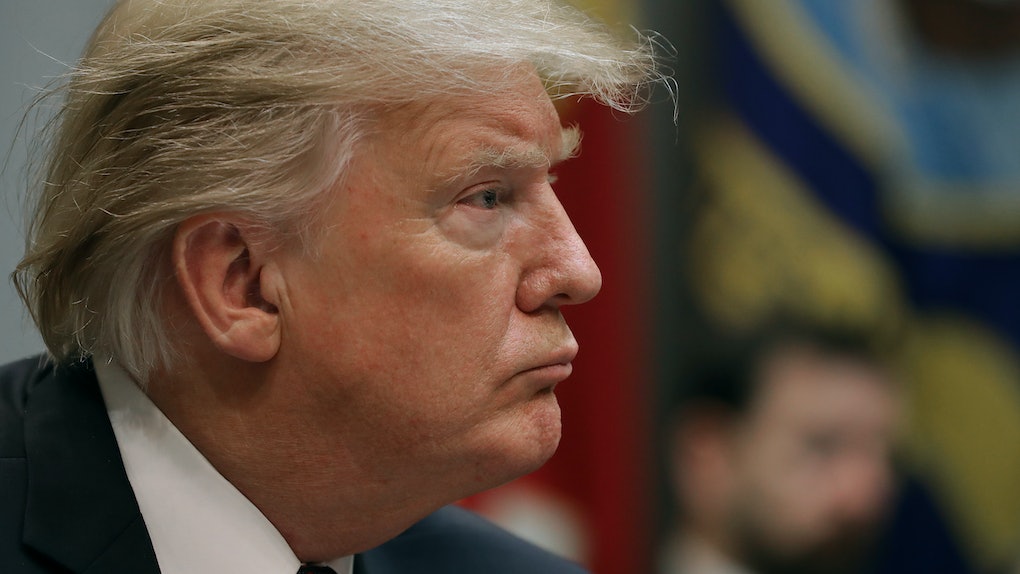 There's a whistleblower at the White House. A longtime employee has come forward with claims that the Trump administration reversed more than two dozen security clearance denials, despite disqualifying issues in their backgrounds, which, for obvious reasons, is raising concerns. The White House did not immediately respond to Elite Daily's request for comment. So, who is Tricia Newbold? She's the one who sounded the alarm.

According to The New York Times, Newbold, 39, works in the White House Personnel Security Office as an adjudications manager, a role in which she oversees the issuance of security clearances. She's worked in government for at least 18 years, serving under four administrations, including the Clinton administration back in 2000. What I'm saying is she knows the ropes and how things go. And things aren't going the way they should in the Trump administration, according to Newbold.

During an interview with the House Committee on Oversight and Reform March 23, Newbold reportedly said that the Trump administration's handling of national security clearances is threatening national security. According to a memo shared on Monday, April 1 by Rep. Elijah Cummings (D-Maryland), chairman of the House Oversight and Reform Committee, Newbold said that the security clearance denials of 25 people were reversed "without proper analysis, documentation, or a full understanding and acceptance of the risks," per CNN. "According to Ms. Newbold, these individuals had a wide range of serious disqualifying issues involving foreign influence, conflicts of interest, concerning personal conduct, financial problems, drug use, and criminal conduct," the memo reads. The White House did not immediately respond to Elite Daily's request for comment.

In the interview with Democratic staff on March 23, Newbold reportedly said that the White House failed to conduct credit history checks during the review process, "lacked security for personnel files and adequate staff during the review process," and granted an "unusually high" number of clearances, including for people "who were later deemed unsuitable for access to classified information," according to the memo obtained by CNN. She also reportedly claimed that she was mistreated by White House officials when she would raise concerns about security clearance efforts. Elite Daily reached out to the White House for comment, but did not hear back by the time of publication.

While it's unclear who those 25 individuals are, it's highly speculated that they include Ivanka Trump and Jared Kushner. On March 6, it was reported that President Donald Trump allegedly pushed his former Chief of Staff John Kelly and former White House counsel Don McGahn to give the first daughter a security clearance, over their recommendations. The White House did not respond to Elite Daily's request for comment at the time.

While Ivanka has maintained that her father had "no involvement" in her or her husband's clearances, sources told CNN that she might not know if he did. One insider said Ivanka "did not seek, nor have, outside counsel involved in her process as no issues were ever raised." Another person reportedly said that career officials were the ones who told her that her clearance had been granted. Elite Daily reached out to the White House for comment on those claims, but did not immediately hear back.

As for Kushner, a Feb. 28 report from The New York Times said that in May 2018, Trump ordered Kelly to override security concerns of intelligence officials, as well as the White House's top lawyer, and grant a top-secret security clearance to his son-in-law, whose clearance had been downgraded just months before. Elite Daily reached out to the White House for further comment on the matter, but did not immediately receive a reply.

It's unclear what those concerns may have been, but the outlet reported that "officials had raised questions about his own and his family’s real estate business’ ties to foreign governments and investors, and about initially unreported contacts he had with foreigners." Kushner reportedly had to amend his security clearance forms on several occasions to include updated information about his foreign contacts. Kushner later said in a statement that the omissions were a "miscommunication" caused by a premature submission of the form. Elite Daily previously reached out to the White House for comment, but did not hear back.

For now, Cummings has called for a subpoena for certain employees, per The New York Times. We'll have to wait and see what happens from there.