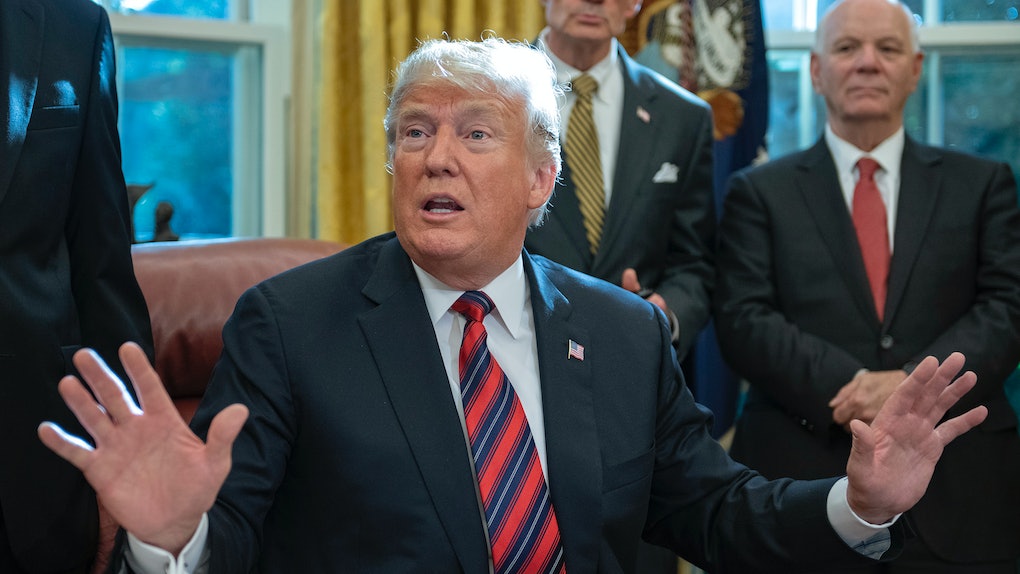 According to a CNN report on March 6, Trump allegedly pushed his former Chief of Staff John Kelly and former White House counsel Don McGahn to give the first daughter a security clearance, over their recommendations. Although the president has the legal power to grant clearances, it's usually the White House personnel security office that decides whether to grant them, following background checks. Per the report, Trump allegedly wanted Kelly and McGahn to make the call regarding Ivanka, as well as her husband Jared Kushner, to avoid the appearance of special treatment.

Ivanka, however, has previously shot down speculation that she had been given preferential treatment, telling ABC News on Feb. 8 that Trump was not involved in obtaining her clearance. "The president had no involvement pertaining to my clearance or my husband's clearance, zero," Ivanka told ABC News. Elite Daily reached out for comment on the contradiction, but did not immediately hear back.

It's worth pointing out, however, that sources told CNN that Ivanka might not even know if he did. One insider said Ivanka "did not seek, nor have, outside counsel involved in her process as no issues were ever raised." Another person reportedly said that career officials were the ones who told her that her clearance had been granted.

This all follows a Feb. 28 report from The New York Times claiming that in May, Trump ordered Kelly to override security concerns of intelligence officials, as well as the White House's top lawyer, and grant a top-secret security clearance to his son-in-law Kushner, whose clearance had been downgraded just months before. Elite Daily reached out to the White House for further comment on the matter, but did not immediately receive a reply. The publication reported that Trump's alleged decision was so troubling that Kelly reportedly wrote an internal memo about how he had been "ordered" to grant the clearance, and McGahn reportedly wrote a memo expressing concerns that had been raised about Kushner. It's unclear what those concerns may have been, but the outlet reported that "officials had raised questions about his own and his family’s real estate business’ ties to foreign governments and investors, and about initially unreported contacts he had with foreigners." Kushner reportedly had to amend his security clearance forms on several occasions to include updated information about his foreign contacts. Kushner later said in a statement that the omissions were a "miscommunication" caused by a premature submission of the form. The White House did not immediately respond to Elite Daily's request for further comment.

But Trump reportedly pushed for the clearance because of Kushner's "wide-ranging portfolio," which includes a Middle East peace proposal, and because of criticism about Kushner's apparent "inability" to hold on to his clearance, per CNN. Again, the report contradicts comments Trump himself made in a January interview with the Times, in which he claimed that he had "no role" in arranging a security clearance for Kushner. Elite Daily reached out for comment on the contradiction, but did not immediately hear back.

Sounds like there's some unusual stuff going on, but until more details emerge, if they do at all, I guess this is what it is. We'll see what happens.