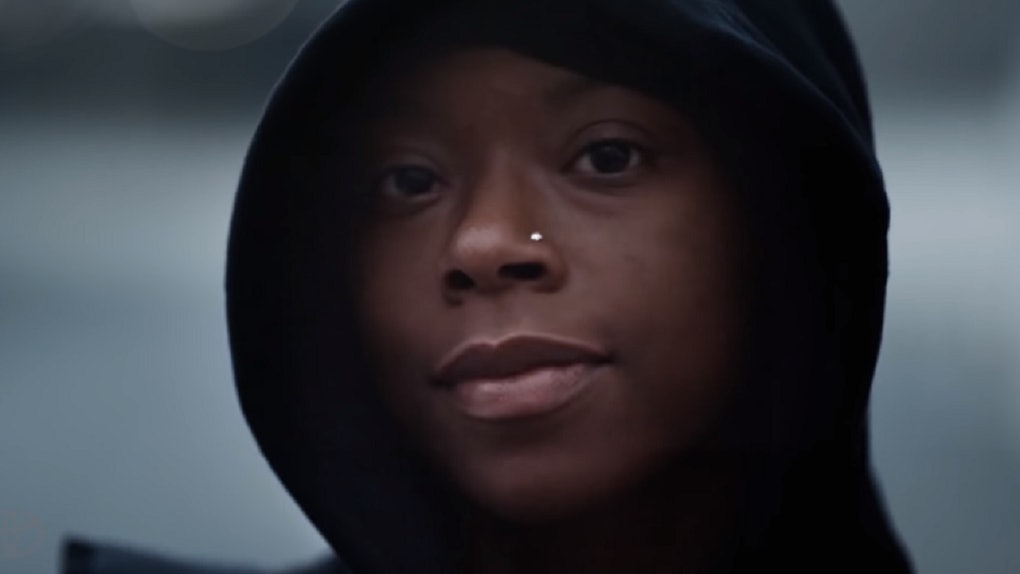 The impossible can become reality when it's Super Bowl Sunday, but if you pay extra attention to this year's Super Bowl commercials, you'll learn of a story that may even exceed your expectations for the big game. A new Toyota ad that debuted on Jan. 29 stars a college student who aspires to be a pro football player, but unlike your typical school athletes, this up-and-coming star is a former homecoming queen currently playing defensive back. Who is Toni Harris? The East Los Angeles College student shares her dream to reach the NFL in Toyota's latest advertisement.

Promoting Toyota's RAV4 Hybrid model, Harris first appears in the ad in workout clothes as she arrives at a track. The commercial's voiceover begins, "They've said a lot of things about Toni Harris. They said she was too small, they said she was too slow, too weak. They said she could never get to the next level, never inspire a new generation. Never get a football scholarship."

Do you all get where this is going?

The condescending comments play alongside a young girl appearing as Harris, using mascara as eye black, and playing football alongside bigger boys. The ad then cuts to footage of a grown Harris running along the track, lifting weights, and driving the Toyota car. As the list of "never" continues, Harris is also seen tackling another player in a football game, wearing full gear next to men, and leading a group of kids down the same road where her little counterpart played. The voiceover muses, "Yeah, people have made a lot of assumptions about Toni," and from the driver's seat of the RAV4, Harris says, "But I've never been a big fan of assumptions."

The promo plays like one of these ads starring Olympic athletes that make you cry in an instant if they catch you on an emotional day. Even without knowing Harris' backstory, the commercial definitely reels in viewers' interest, so what exactly are her circumstances as a woman playing football?

According to CBS News, Harris did earn several scholarship offers to play college football in four-year programs. Following her stint as a high school football star, she will become one of the few women to play football on the collegiate level. For now, she's a defensive back for the East Los Angeles College Huskies and has yet to decide among her other athletic offers. This big step toward achieving her goal of being the first female NFL player comes after Harris faced obstacles in playing football as a child. She told CBS:

I love to prove people wrong … I was kicked off a team when I was younger because I was a girl. But once I got older and into high school... it still was hard but I just tried to pave my way through no matter what anybody said. It's my dream and I'm gonna protect it at any cost.

Harris' interest in football began when she was "between four and six years old" despite people discouraging her from it in fear of her easily becoming hurt. It's clear that Harris has become accustomed to rising above people's expectations and proving them wrong, and with the Super Bowl ad likely comes a new audience that sees her as major inspiration.

Forget the pros, I'm tracking down a Harris jersey to wear during the Super Bowl. Good luck to her as she kicks off her journey to the NFL!