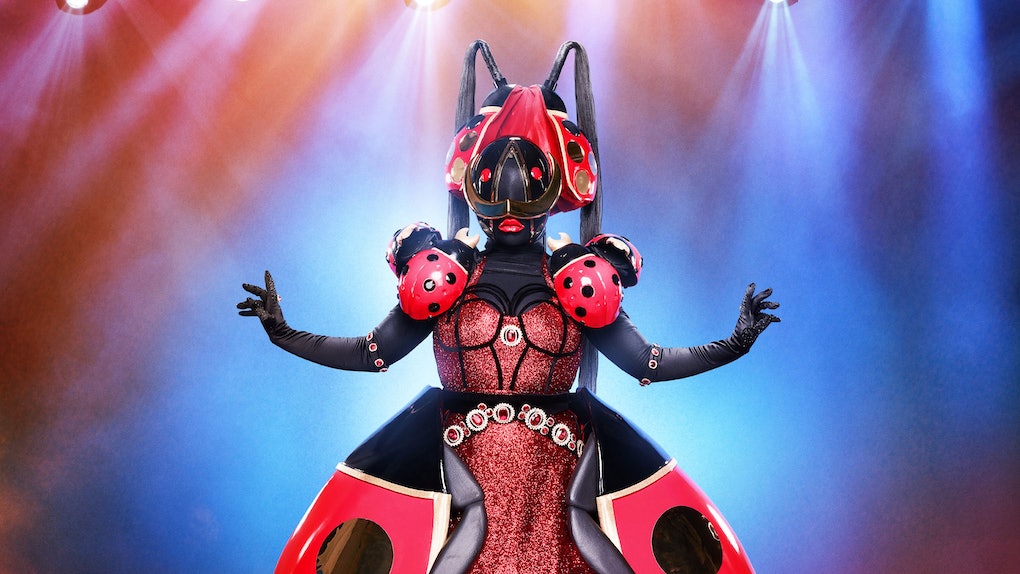 Who Is The Ladybug On 'The Masked Singer'? 4 Theories About The Contestant

The Masked Singer has returned for Season 2, and the contestants and better than ever, and so are their costumes. But there's also another thing that's gotten better this season: the guesses from the audience. The first two singers unmasked, Johnny Weir and Ninja, were both Twitter consensus picks before the first vote was cast. The question is, can audiences guess all the contestants this well? For instance, who is The Ladybug on The Masked Singer? The clues might be enough for fans to guess correctly.

To be clear, not every contestant has a consensus pick. Fans are convinced they know who the Butterfly is, for example, but there seems to be no firm answer on the Leopard. The costumes are better this time, in terms of being able to see how the contestants move on stage, but the masks still give nothing away. Also, the singing voices are still semi-distorted via autotune, just like the first season. So unless it's a person fans have seen sing before on TV (looking at you, Rottweiler), it's likely the guesses from voice alone shouldn't be trusted.

Then there are those maddening clues that the show gives out. Most of them are useless and misleading. (One contestant met the president, they say. They don't say the president of what.) But even so, away from the flashing lights and distractions, perhaps there is a way to figure it out.

Let us consider: The Ladybug.

The most striking thing in this video is the Ladybug's accent, which screams "country singer." It's almost Dolly Parton sounding, which suggests this is someone who has spent their life in Nashville.

But it also could be fake. Perhaps this person has a different, very telling accent, and the fastest way to hide it is going southern.

2. "After A Lifetime Of Drama"

The Ladybug tries to make herself sound older and wiser, talking about a "lifetime of drama." But in this clip, Robin Thicke insists the voice is of a younger woman.

Theory 2: No guess, because everyone knows the judges are usually wrong.

The biggest giveaway is talking about the tabloids, who follow "her family's feuds." That suggests a family that's been well-known for a long time.

It also suggests the next generation is famous, perhaps trading on the name (or names) of their parents. Do these two generations get along?

The most significant set of clues is on a roulette wheel. The images on it are so important, the video highlights them. (Above.) There's a ham, a pumpkin, a bridge, a dog, a judge's gavel, a scorpion, a skull, a police car, and a bat.

What could they mean?

Mom Sharon is famous for the ham throwing incident, she used to manage the Smashing Pumpkins, and the bridge represents London. Dad Ozzy is famous for heavy metal skulls and "bats." (He ate a bat on stage.) Brother Jack was in a reality show Armed and Famous, where he considered becoming a cop. Kelly loves dogs, she was a fashion judge on E!, and she's a Scorpio.

I'd put my money on this one.

More like this
'Legendary' Season 2: HBO Max Release Date, Trailer, Cast, Guest Judges, & More
By Rachel Varina
These Tweets About BTS' 'Bang Bang Con 2021' Sum Up The Epic Performance
By Cianna Garrison
Is Saweetie's "See Saw" About Quavo? The Lyrics Are Brutal
By Corinne Sullivan
Stay up to date