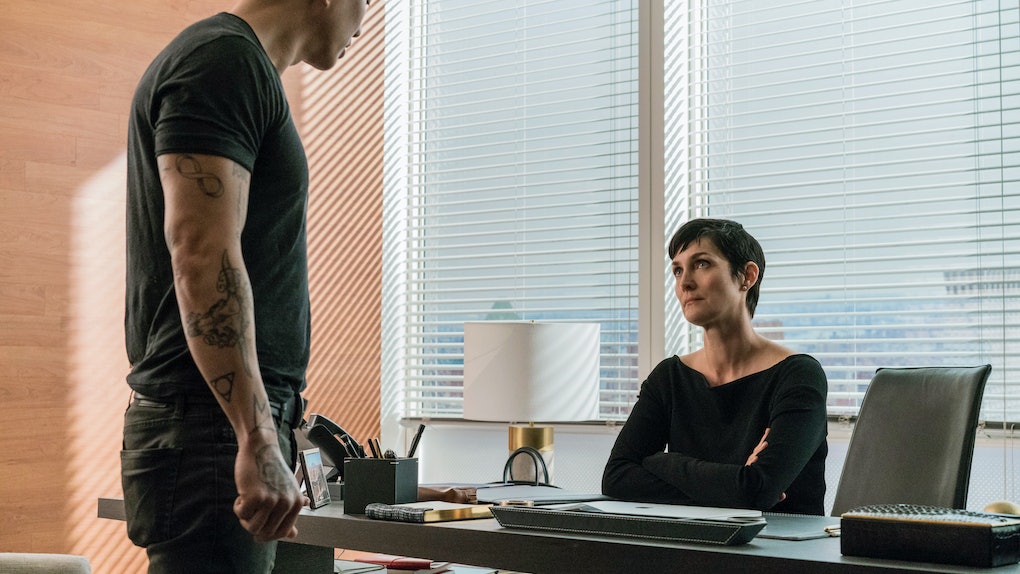 Who Is Pryce Cheng On 'Jessica Jones'? Here's What You Should Know About The New Character

Jessica Jones Season 2 will be the first time we've hung out in her world since 2015. Though we got a quick look at Jessica and company during The Defenders, last year, fans are eager to re-immerse themselves in the work of Alias Investigations. But we're also meeting some new characters, some who make a much larger first impression than others, like Jessica's new rival in the PI business, Pryce Cheng. Who is Pryce Cheng on Jessica Jones? And why is he the newest biggest pain in her (ahem)... side?

Fans actually met Pryce Cheng before the season started, when the trailer for Jessica Jones Season 2 first dropped. The problem was, neither the actor nor the character had been advertised ahead. The only man who was around Jessica's age that fans knew about being cast this season was J.R. Ramirez as "Oscar," but clearly, this was not that guy.

No, this was Terry Chen, playing a far more aggressive, and not very nice person busting into Jessica office where he wasn't wanted, for reasons we couldn't fathom other than "serious issues" and "total insecurity in going against a PI with superpowers." Either way, if this was supposed to be an attractive character, he wasn't starting out with a good first impression.

Is Jessica correct about Pryce's intentions (and attitude?) In fact, yes, though it's not just being a massive ball of insecurity that drove him to bounce into her office like that. Turns out he was being paid to do that but Jeri Hogarth.

Does it seem strange that Jeri is trying to put Jessica out of business? Well, if fans recall the last time Jessica saw Jeri, she told her she would never work for her again. Turns out Jessica wasn't kidding. Her client queue has been long enough that she's been able to work and make good money without having to do Hogarth, Chao, and Benowitz's dirty work, And Jeri is very cranky about it.

So cranky, she's willing to send Cheng in to play hardball. She figures:

Anyway she looks at it, it's win-win.

What she doesn't anticipate is that Jessica will go nuts and beat the crap out of Pryce, causing the man to insist on suing her. Jeri also doesn't anticipate discovering she's sick, and that she needs Jessica's talents more than ever — to dig up dirt on her law firm partners so she can blackmail them into not forcing her to retire.

Things do partially go her way. She uses Pryce's lawsuit as leverage, and get Jessica to agree to help her dig up dirt on her partners in exchange for ripping said lawsuit to shreds. But once again, Jeri doesn't realize the hard-headed people she's working with her. She may have ripped up the lawsuit, but Pryce isn't taking no for an answer on this either. And once his best friend is killed by a powered person (who isn't Jessica, but that doesn't matter to him) he's determined to sue Jessica into oblivion.

Pryce is a ticking time bomb that Jeri accidentally lit the fuse on without realizing what a problem he would be when she couldn't douse the flame again. The question is, as the season rolls on, how bad will the final explosion be?

More like this
Is Netflix Making A 'To All The Boys' Spinoff Series About Kitty? Here's The Tea
By Rachel Varina
Who Did Emily Poison? 'The Handmaid's Tale' Season 2 Is Off To An Intense Start
By Ani Bundel
In 'Riverdale' Season 5, Toni Topaz Is The Black Superwoman Without A Cape
By Erika Hardison
Stay up to date