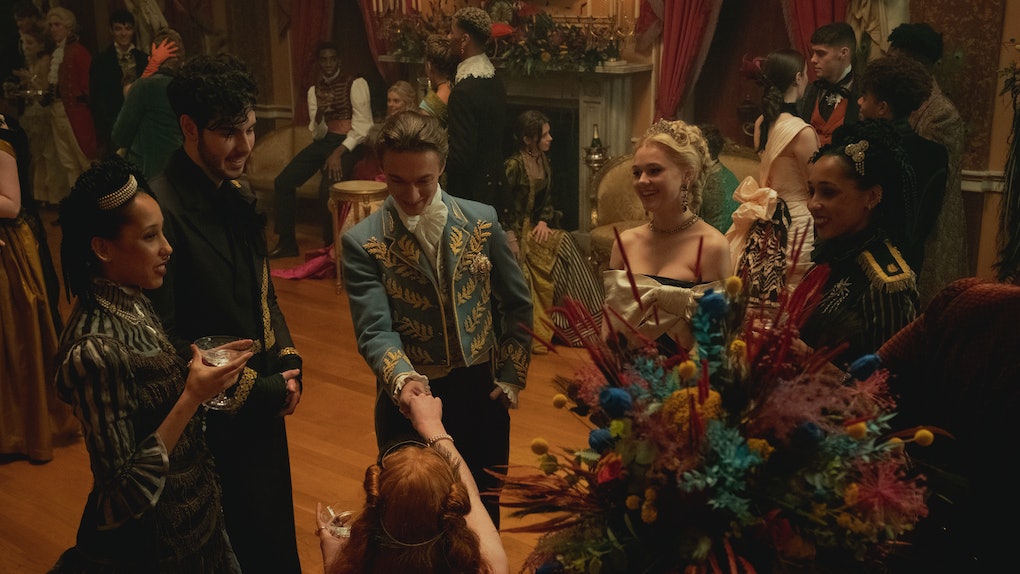 Who Is Prince Leopold In 'The Irregulars'? He's Based On A Real Person

The Irregulars is a most irregular Sherlock Holmes adaptation. Unlike most, it does not star the titular detective; he's a supporting character to the band of teenagers who do the real crime-solving. Moreover, unlike most adaptations, the series doesn't base its cases on Arthur Conan Doyle's writings. There's very little to tie the show to Sherlock Holmes, other than the detective and Watson showing up every so often. But that doesn't mean the show doesn't know its history. For example, Prince Leopold, who is a main character in The Irregulars, is based on the real-life son of Queen Victoria.

Warning: Spoilers for The Irregulars Season 1 follow. When The Irregulars opens, it introduces four of the five teens who are part of the main group. Bea (Thaddea Graham) is the leader, Billy (Jojo Macari) is the brawn, Spike (McKell David) is the smooth talker, and Jessie (Darcy Shaw) is the oddly gifted one. The fifth member, Leo (Harrison Osterfield), isn't hanging out down underground with them to start out. Instead, he's locked away in the palace, bored to tears and desperate to see the world.

When he convinces his handler, Daimler, to let him go for a carriage ride through London, they nearly hit Jessie, who is wandering the streets in a dreamlike state. That's when Leo falls instantly in love with Bea and her feisty backtalk to Daimler. Soon, he runs off to join their crew, quickly becoming the brains of the operation alongside Bea.

For fans wondering if Leo is a made-up royal, he is not. Prince Leopold was a real person, born in 1853, the eighth child and final son of Queen Victoria and Prince Albert. (He's the second youngest; Beatrice was the ninth and last child.)

Perhaps most fascinatingly, The Irregulars sticks to the reality of Leopold at every opportunity. The age is wrong. (Leopold would have been a year older than Sherlock Holmes, as the detective's birth year is 1854 in the novels.) But everything else is true. He really was well-read, an intellectual prodigy from childhood. Moreover, the whole overprotection of Leopold is true as well. He was born with hemophilia, a blood-clotting disorder that means the slightest fall and bruising can become a medical calamity. Historians also believe him to have been mildly epileptic.

Leo's fate in Season 1 is also sticking to history. In the final episodes, Leo agrees to be engaged to Princess Helena, despite being in love with Bea. The real Prince Leopold indeed married Princess Helena of Waldeck and Pyrmont.

Perhaps fans will get to see a royal wedding in The Irregulars Season 2.