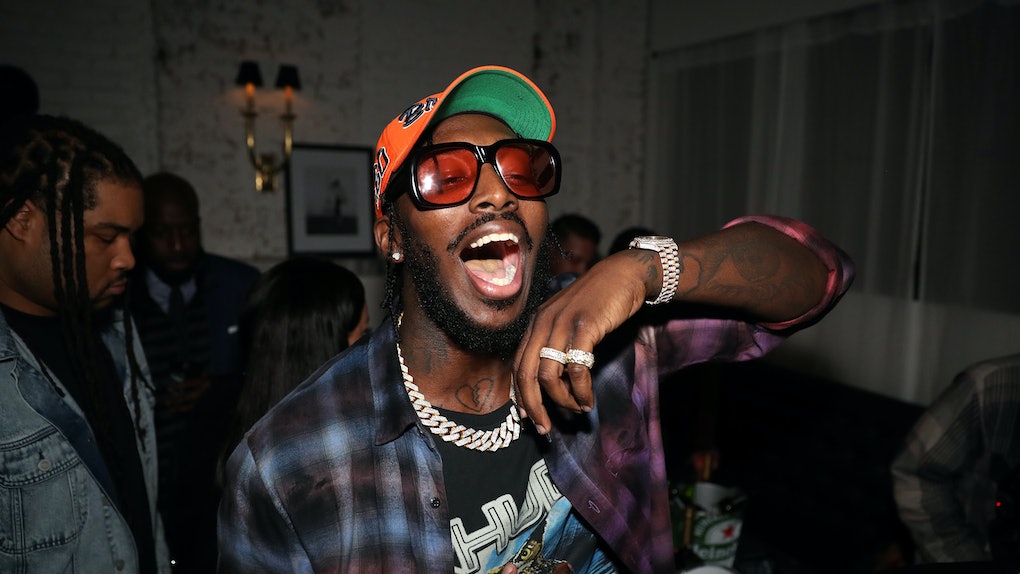 Who Is Pardison Fontaine? Megan Thee Stallion’s New Boyfriend Is A Rapper & Songwriter

Megan Thee Stallion is officially taken. The queen of the hotties confirmed her relationship with rapper Pardison Fontaine (who also goes by Pardi) in a Feb. 19 Instagram Live. If you're a fan of Hot Girl Meg but not super in-the-know about the hip-hop community, you may be asking yourself: Who is Pardison Fontaine? Well, Megan's new man is talented AF, and even if you haven't heard any of his songs, you've definitely heard his work.

During the Instagram Live where she confirmed their relationship, Megan called Pardi "so calm and so sweet and very protective... That's my boo and I really like him." She continued, saying, "I never said hot girls can't have boyfriends. Yeah, he my boyfriend."

Giggling, Megan talked about how fine she thinks Pardi is, and the fact that he's tall like her. (Meg is 5' 10", Pardi is 6' 5".) Apart from being a tall sweetheart who treats Megan right, here's what else you should know about Pardi.

In November 2019, Pardi told People magazine that the name Pardison Fontaine was inspired by the movie Back To The Future. Riffing off the main character, Marty McFly, the rapper came up with Pardi McFly, and later, Pardison Fontaine and Pardi.

He's Written Loads Of Songs For Cardi B

Pardi first rose to prominence as a rapper with his 2018 Cardi B collab, "Backin' It Up." But even if you hadn't heard name before he relationship with Megan, you probably heard his lyrics on several hot bangers. He co-write Cardi B's "Up," "Money," and her collab with Bad Bunny and J. Balvin, "I Like It." He also co-wrote "Bodak Yellow." Yup!

Pardi has songwriting credits on Meg's "Savage (Remix)" with Beyoncé. Oh, and did I mention he helped ghost-write Megan's "Circles" and "WAP," too? His work is everywhere.

He Has The Cutest Daughter

The rapper has a 4-year-old daughter named Jordy Jr. Every now and then, he shows his Instagram followers glimpses of his life as a Dad. In December 2020, he posted a picture of Jordy whisking by in an elegant store, wearing sunglasses half the size of her face. "Why are u like this 😩😍," he wrote.

He Showered Meg With Love On Valentine's Day

Megan and Pardi's first public Valentine's Day together was seriously so romantic. Looking back on their own little love fest, Pardi posted an Instagram carousel of their celebrations. He took the Hot Girl on a flower-filled private plane to lunch, complete with a personalized menu titled "Pardi with a Hottie."

In addition to rapper, writer, ghost-writer, and father, now fans can add "Hot Boy In Chief" to the back of Pardi's baseball card.