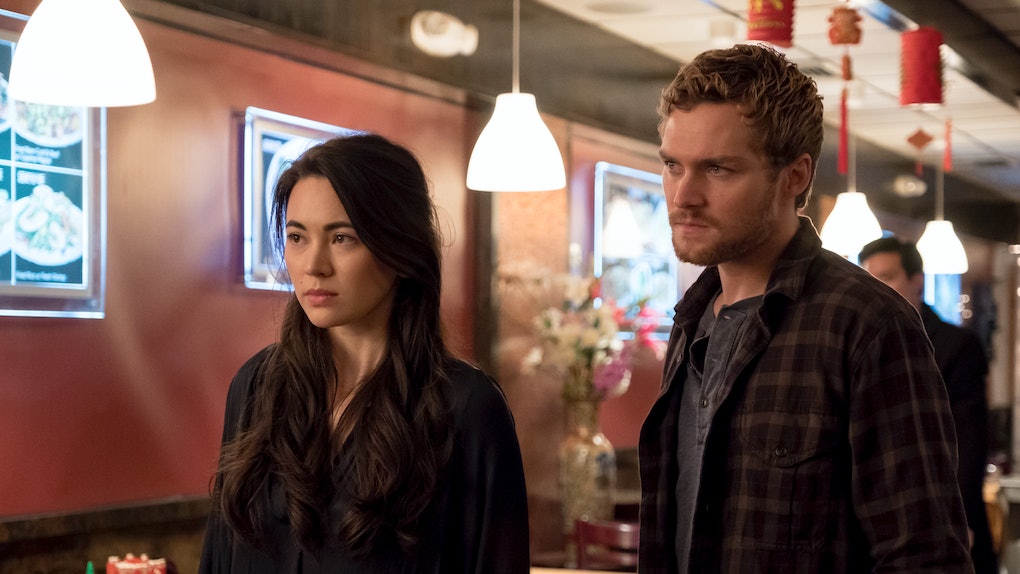 Who Is Mr. Yang In 'Iron Fist' Season 2? The Head Of The Hatchets Is In The Know

Iron Fist Season 1 was a story focused on Danny Rand and his arch enemies, the Yami no te, aka The Hand, a secret society started centuries ago with the hope of achieving immortality. But between the two seasons of Iron Fist, The Defenders happened. The heroes of all four Netflix Marvel shows — Daredevil, Luke Cage, Jessica Jones, and Iron Fist — teamed up and took the organization down. This has left a power vacuum in Chinatown, one Danny is struggling to control, along with Mr. Yang. Who is Mr. Yang in Iron Fist Season 2? Warning: Spoilers for Iron Fist Season 2 follow.

Hai-Qing Yang was a character viewers met back in Season 1. He is the head of one of the "triad" of gangs in the New York area, running the Yangsi Gonshi, otherwise known as the Hatchets, or the Hatchet Men. Mr. Yang's criminal syndicate is one of the most powerful in the city. They control the docks, which means nothing goes in or out of New York without his crew getting some kind of cut.

In Iron Fist Season 1, Yang was no friend to Danny Rand. But he is a practical businessman who understands the principle of "the enemy of my enemy." The Hand was bad for business, muscling in as they did to take control of New York from all angles. So when Danny came to him, asking if his organization would help take them down, he agreed. The partnership was an uneasy one, but it was ultimately successful.

When viewers meet Yang again in Season 2, things are going the way they do on a typical day. There is someone who wants a shipment of valuables to come into New York, no questions asked, no customs bothered, and are willing to pay. Yang is doing his best to make sure it happens. But the threat of the Golden Tigers is growing, and Yang is going to have to up the price to ensure delivery.

There's just one little problem with the scenario. The customer, in this case, is Davos, Danny's old "friend" from K'un Lun. He's not interested in why his package is delayed or why Yang is charging him more. He's just upset about it and takes down an entire phalanx of Hatchets to show his displeasure.

It only gets worse when Danny, unaware of the Davos issue, throws an extra spanner into the works when he tries to hold a parlay to stop the oncoming war with the Tigers. One of the side effects: Yang cancels bringing in Davos' shipment, since he's now focusing on how the Hatchets and the Tigers will come to an equal distribution of illegal wealth. In response, Davos sends Yang into a coma.

Yang's wife Sherri gamely steps into the parlay for her husband, but Davos wrecks that too. Danny realizes Yang was attacked, and tries to find out why and who. Yang, unfortunately, passes away. But not before deciding to give Danny a warning about the shipment. Whatever the danger is, it's located in shipping container Hancock 212.