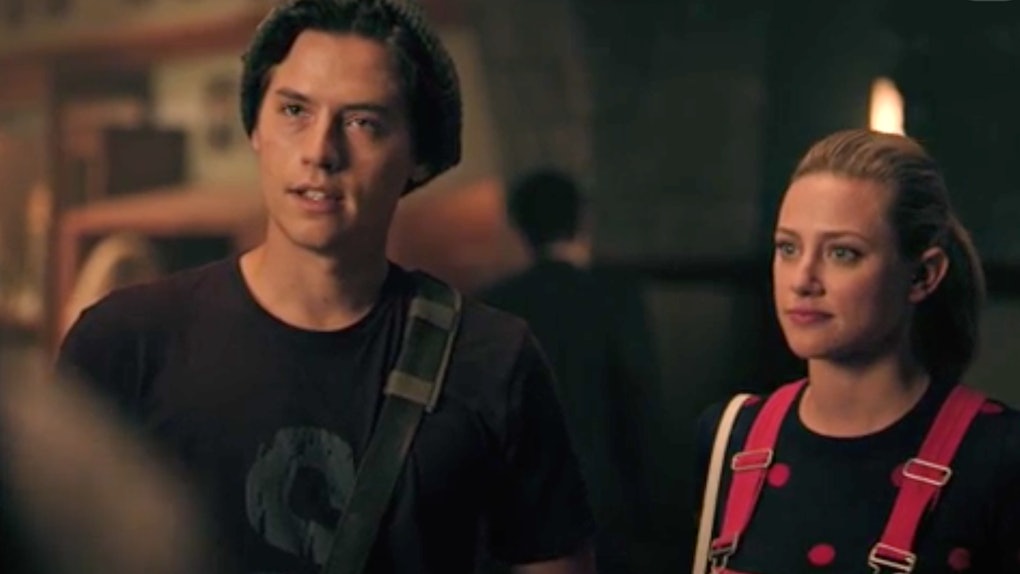 Who Is Mr. Chipping On 'Riverdale'? Jughead's New Teacher Is A Mystery

Following the hypnotic cults and killer gargoyle monsters who terrorized Riverdale last season, it looks like Season 4 is taking a turn for the academic instead of the supernatural. Spoiler alert: This post contains spoilers from Riverdale Season 4 Episode 2, "Fast Days at Riverdale High." The second episode of the new season saw Archie, Betty, Veronica, and Jughead beginning their senior year... except one of the Core Four shocked everyone by leaving Riverdale High. As Jughead made the unexpected jump to a new boarding school, the fandom is left to wonder what Stonewall Prep is all about and who Mr. Chipping is on Riverdale. Jughead's new teacher seems nice enough, but since this is Riverdale, you never know if he could be hiding something.

Mr. Chipping popped up pretty early on in the new episode, when Riverdale High's new principal Mr. Honey called Jughead into his office on the first day of senior year to make introductions. Apparently, Chipping was a judge in the short story contest Jughead entered over the summer and Jughead's story impressed Chipping so much that he extended an offer for the young writer to transfer to his school, Stonewall Prep. Of course, Jughead was resistant to leave his friends behind, but he agreed to a tour of the prep school.

On the tour, Jughead and Betty met Stonewall Prep student Brett Weston Wallace, who came off as a totally pretentious jerk. Brett also told Jughead Mr. Chipping is considered one of the cool teachers at Stonewall Prep, and he invited Jughead to join a small Moby Dick discussion group led by Chipping.

After impressing the other Stonewall students by telling them the whale in Moby Dick didn't represent anything, Jughead seemed to change his tune about Stonewall. And once Betty realized how lacking the curriculum at Riverdale High is, she encouraged her boyfriend to take the opportunity at the new school. So, Jughead decided to enroll at Stonewall Prep, and F.P. even dropped a surprising little tidbit about the Jones family and the prep school: Jughead's grandpa attended Stonewall for a few months back in the day.

While Jughead's first day at Stonewall Prep still hasn't even happened yet, it definitely feels like something shady will be going on at this new school. The big mystery of the season is what will happen to Jughead on spring break, since two flash-forwards have teased that he will go missing and potentially even be killed later in this season. Given that Stonewall Prep is the big change in Jughead's life and viewers still barely know anything about the school, fans should be pretty suspicious of what could really be going on at Stonewall. To add to that, Skeet Ulrich recently revealed that F.P.'s father will return to Riverdale in the midseason finale, and F.P. just revealed that his dad has a connection to Stonewall. Hmmm, something is going on here...

It is still too early to really get a feel for Stonewall Prep and Mr. Chipping, so fans will have to keep tuning in to the new episodes of Riverdale to see how Jughead's new school will fit into the new season.

Riverdale Season 4 continues at 8 p.m. ET on Wednesdays on The CW.

More like this
When Will 'Riverdale' Season 5 Return In 2021? Its Mid-Season Break Is Long AF
By Rachel Varina
'Emily In Paris' Season 2: Premiere Date, Trailer, Cast, Filming News, & More
By Dylan Kickham and Ani Bundel
These Iconic 'Grey's Anatomy' Songs Belong On Your Moodiest Playlist
By Abby Monteil
Stay up to date