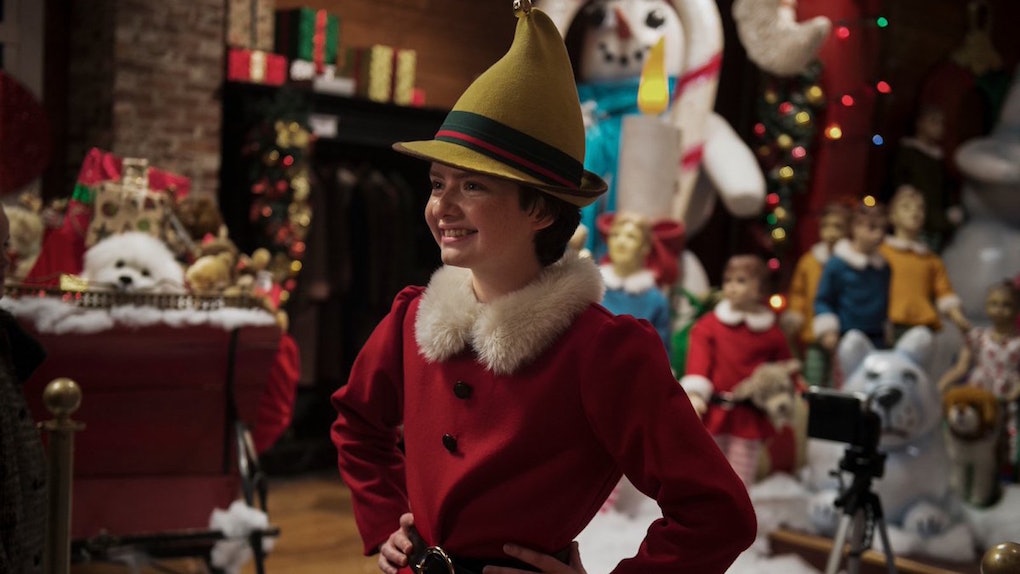 Who Is Mr. Bartell On 'Chilling Adventures Of Sabrina'? The Special Introduced A New Evil

While everyone else is pumping out heartwarming holiday TV specials and movies this time of year, Chilling Adventures of Sabrina's holiday special is definitely the spookiest that you will see. The new special episode trades in gingerbread and candy canes for demons and séances, and introduces some terrifying new characters into the show. One such demon is Mr. Bartell, who is basically a Santa from all of our nightmares. So, who is Mr. Bartell on Chilling Adventures of Sabrina? Let's go over all of the creepiest parts of Greendale's haunted winter solstice.

Things are still tense between Sabrina Spellman and her mortal friends at Christmastime... which makes sense because she revealed to them that she is part witch only about two months ago. In the last moment of the Chilling Adventures of Sabrina Season 1 finale, it actually appeared as though Sabrina would be completely embracing her witch side and shunning her mortal ties moving forward, but the holiday special saw Sabrina still attending Baxter High and still remaining cordial with Susie, Roz, and Harvey, even if they aren't as close as they used to be. None of Sabrina's mortal friends are comfortable with the world of magic yet, but unfortunately, Susie finds herself thrust into it thanks to her dangerous Christmas job.

Susie works as the elfin assistant to a mall Santa, played by the grinchy Mr. Bartell. Although Bartell is a grump, the job is a dream come true for Susie... until she notices the life-size children figurines that decorate the set seem to be crying and blinking. Bartell reveals that he is actually a demon, and he plans to turn Susie into one of his figurines. Thankfully, Roz's "cunning" gave her a vision of Bartell in his demonic form, and she was able to get Sabrina, Hilda, and Zelda to help Susie out. And luckily, the Spellman's know just the person to help take down Bartell: their latest visitor, Gryla.

Although Gryla is still upset with the Spellmans for tricking her into taking a teddy bear instead of the baby Letitia that she wanted, the mountain witch does agree to stop Bartell since he has been trapping the souls of children, and her whole thing is that she loves children. Bartell is clearly no match for Gryla, who easily freezes him in seconds, and Susie is able to return home and gets some help from Hilda's magical cookies to keep her father calm about the demonic abduction.

And as an added bonus for Gryla, she stages a ceremony to free all of the souls that Bartell stole and make them into her mischievous ghostly children, the Yule Lads. The ceremony does involve a lot of pain for Bartell, though, who is last seen with a ton of large candles melting on his body. Since both Bartell and Gryla are referred to as Yule creatures, it is unlikely that we will see them again, at least until the show decides to do another Christmas special.

Now, the wait until Season 2 of Chilling Adventures of Sabrina really begins. The next season will be out sometime in 2019.