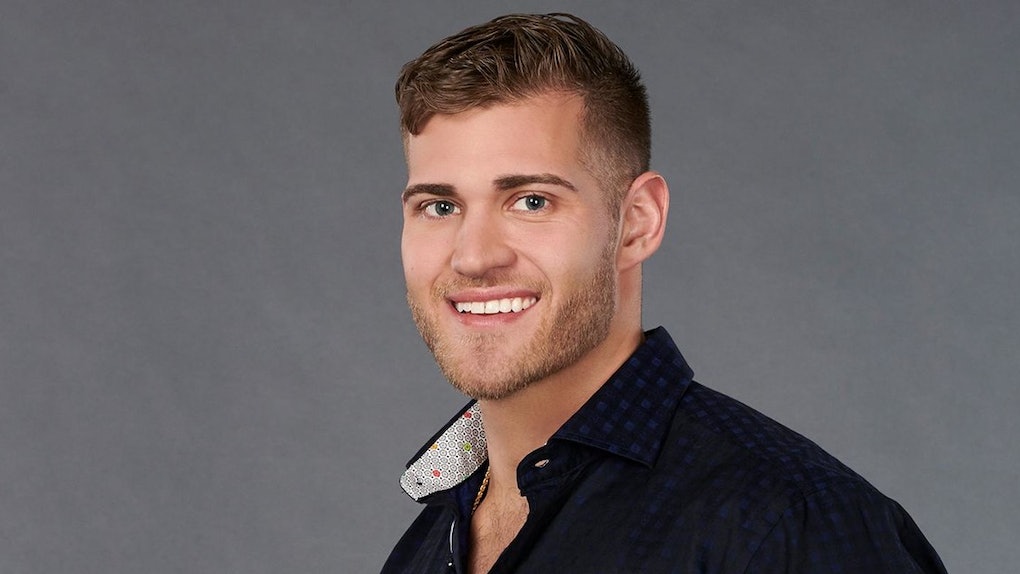 Who Is Luke P. On 'The Bachelorette'? Fans Are Loving Hannah's Charming Contestant

Bachelorette Season has officially just begun and already one of the guys is a fan-favorite. Bachelor Nation is already smitten with Luke P., the recipient of Hannah's first impression rose. But who is Luke P. on The Bachelorette? The Southern gentleman has a real shot at winning Hannah's heart.

The May 13 premiere episode of Season 15 of The Bachelorette is actually not the first time audiences were introduced to Luke P. He made his first appearance on last season's After the Final Rose special when Hannah was introduced as the Bachelorette and she met five of her suitors. In fact, in the premiere episode, Luke P. talked to the camera and explained that he felt he had a big advantage because he got that extra time with Hannah, saying, "Who wouldn't want to be one of the first guys to meet her? It's a huge advantage. I mean, you just get another time to get a first impression."

Bachelor Nation got to learn even more about Luke P. during the first episode. His sister-in-law nominated him, and during the premiere episode, he explained that his brother and sister-in law are a huge inspiration to him. They met and got married within one year, and so Luke P. has seen how that kind of quick march down the aisle can bring on a a really strong marriage. But, that kind of romantic idealism wasn't always a part of Luke P.'s outlook.

Luke P. also said that he would describe himself as a good-looking guy and that he used that to his advantage when dating in college. But, while in the shower one day, just like one other member of Bachelor Nation who fans know loves a good shower, Luke P. had an encounter with God and realized that he wasn't being the man that he wanted to be. From that day forward, he began his search for serious love, and that brought him to the Bachelor Mansion.

Luke P. made it clear that he already has strong feelings for Hannah, and he made it clear by meeting her at her level. On last season of The Bachelor, Hannah became known as Hannah Beast thanks to her fiery, adventurous personality. It totally makes sense that at least one of the guys this season would include a reference to Hannah Beast in his limo entrance. When Luke P. rolled up to the Mansion, he let out a roar, telling Hannah that he was the king of the jungle looking for his queen.

While Luke P. showed off that wild side, he also made it clear to Hannah that he can be sensitive too. After Hannah suffered a mini-heartbreak when she found out that another guy, Scott, already has a girlfriend, Luke P. was there to comfort her. It all paid off, since Luke P. was the recipient of the first impression rose.

It's clear that both Hannah and Luke P. are smitten with each other. Luke P. said, "Even just after tonight, I can see myself falling madly in love and spending the rest of my life with this girl."

Luke P. is clearly a frontrunner, and it'll be exciting to see how far he goes. Season 15 of The Bachelorette continues Monday, May 20 at 8 P.M. ET on ABC.