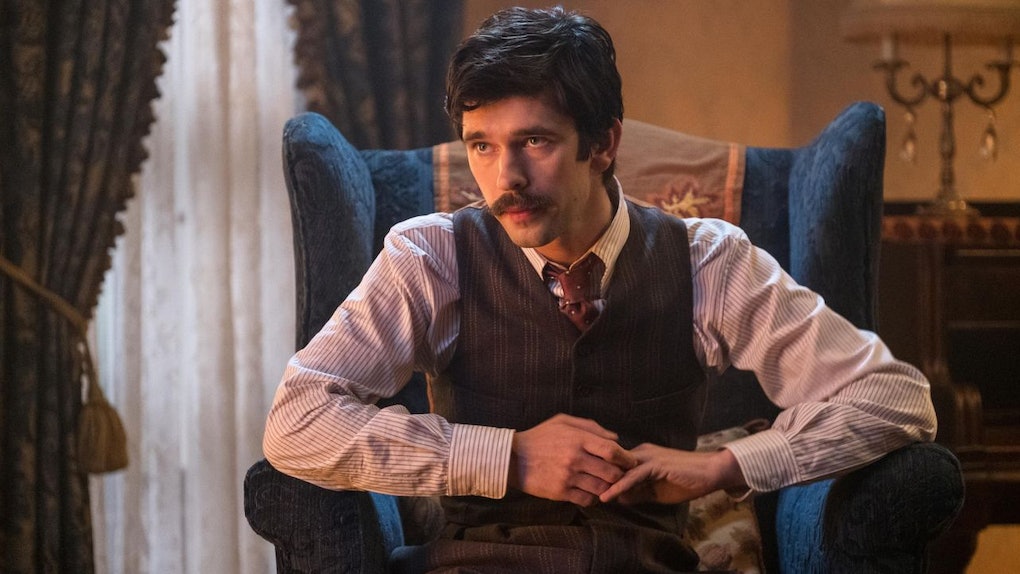 Who Is Kate In 'Mary Poppins Returns'? The Story Behind Mary's Arrival Is A Sad One

Mary Poppins Returns is a star-studded film, filled with big name actors in familiar roles. Emily Mortimer is the grown-up Jane Banks, and Ben Whishaw is her brother Michael. Emily Blunt stars as the titular nanny, Julie Walters puts in a cameo as the maid Ellen, who fans will remember as the young kitchen maid from the 1964 film. Dick Van Dyke even shows up to dance on a desk as Mr. Dawes Jr, owner of the bank. But there's one character who never appears, though she's everywhere. Who is Kate in Mary Poppins Returns?

Kate Banks is the missing character in the story when the film first opens. Her shadow hangs heavy over Number 17, Cherry Tree Lane. She was Michael Banks' wife, until about a year ago. What she died of is something no one ever says, but her absence has changed everything.

Michael, who was an artist for a living, has had to go out and get a job at the bank where his father once worked. Worse, without Kate's abilities with money, he's lost track of their finances and is about the lose the house too. He can't even manage to keep the kitchen stocked with groceries. His sister Jane, who lives in a flat not far away, is always over trying to keep the family afloat.

In one of the early numbers, Michael has a conversation with Kate about how their lives have collapsed without her.

But perhaps the worst effect of Kate's passing is what it's done to the Banks children. Michael and Kate had three kids together: Annabel, John, and George. (The first two names are actually pulled from Mary Poppins Comes Back, they are the younger siblings Jane and Michael gain as Travers book series goes on.) Without a mother, Annabel and John have had to grow up quickly.

Annabel is in charge of getting groceries, having witnessed her mother's budget-stretching tricks, and both are a faux nanny to the youngest sibling. All three children are intimately aware of their father's lack of money skills, and the looming threat of losing their home in the days to come.

When Mary Poppins came to Number 17, Cherry Tree Lane the first time, her job was technically to look after Jane and Michael. But her real mission was to teach their father, George Banks, how to find his inner child and be a family man. When she returns in the new film, she has a much bigger issue. Not only has Michael Banks lost himself in the grief and stress of losing his wife, but his older children have forgotten how to be kids as well. Only Georgie still has a sense of wonder and adventure.

Poppins' first order of business upon arrival, therefore, is to remind Annabel and John how to have an imagination and lose themselves in fun. Only then can she move on to healing all of the Banks family, and bringing Michael back to being the fun-loving artist and parent his children need.