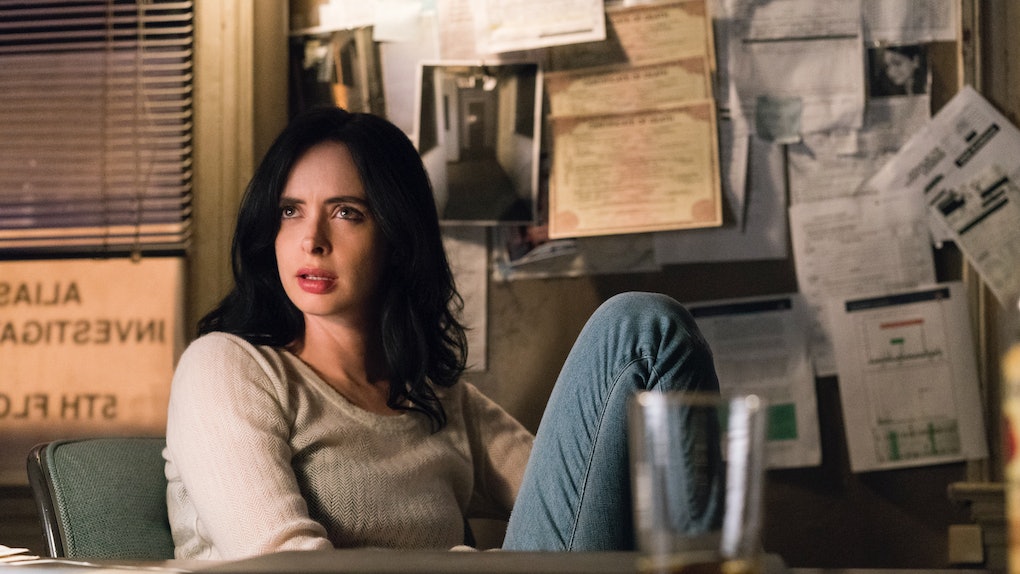 Who Is Jessica Jones' Father? Season 2 Answers Serious Questions About Her Family

Jessica Jones Season 2 opens up a world of questions fans never considered they'd have to ask. With the show's decision to deeply split from comic lore in order to bring Jessica's mother back into the equation, suddenly everything fans were sure they knew were upended. Were the bags of ashes that Trish pulled out of the Walker family storage unit even her real family? Could her brother be alive, too? Is that who the "boy healer" was? Who is Jessica Jones' father? What don't we know about Jessica's family? Warning: Spoilers for Jessica Jones Season 2 follow.

When Inez mentions for the first time that there was a "boy with the gift of healing" at the IGH labs, it seems suddenly possible, in light of Jessica's mother being alive, that her entire family could have superpowers. Perhaps even a version of The Incredibles 2 might be unfolding.

But it was not to be. Inez's "jailed healer" was in no way related to Jessica. He wasn't even a powered person, he was a fraud. As far as we could tell by the end of the season, Dr. Karl wasn't lying about the fates of Brian Jones and his son Phillip. They really were killed in the crash. (It also seems like the initial claim that Jessica was dead and brought back to life was also a falsehood.)

So, who was Brian Jones? In the comics, his name was actually David Campbell, and he was a coworker of Tony Stark. Stark gave tickets to Disney World to Campbell for his family, but they never made it, dying in the car crash.

Like Jessica's mother, who was Mrs. Campbell until the MCU released Jessica Jones Season 2, the Marvel comics have now changed Jessica's father's name to match the on-screen version. The name Brian Jones, by the way, is not an homage to the guitarist from the Rolling Stones, but to the creator of the Jessica Jones comic books, Brian Bendis. (Note that Alisa's maiden name is Bendis, also an homage to the creator of the series.)

But the removal of Tony Stark from the equation is still a factor. Instead, we have a new version of Brian, one told from Alisa's point of view. Brian was a mechanic. He was not someone who would have worked at Stark Enterprises. He was a working class guy who Alisa foolishly married too young. A patriarchal man who prevented Alisa from furthering her career in math, he was insecure and disappointed in life. He felt threatened by Alisa's superior intellect, and Alisa even goes so far to suggest he might have been cheating on her.

He and Alisa were very unhappy by the time the trip to Disney World rolled around. Going was a last-ditch effort to save their marriage, which was probably doomed to fail. Brian was also, according to Alisa, a terrible driver, who was cranky at the long road trip. If she had been driving (something he would not allow), none of this would have happened.

Fans might feel that Brian gets something of a short shrift in the MCU's refashioning of Jessica's life story. But history, when not written by the victors, is certainly written by the survivors. Alisa survived, despite what was done to her. So did Jessica. The women of the Jones family are the strong ones. It's their versions of events that will go down in the history books when things are written.

Alisa does change one thing for the better with her version of history: Jessica blaming herself for the car crash, which she's carried all these years, is absolutely untrue. The accident was Brian's fault. He took his eyes off the road and he was a terrible driver. He was to blame.

If Alisa did nothing else for Jessica, she gave her peace on that front. Even if it did mean that Jessica had to hear about her dead father's d*ck once or twice.

More like this
5 Facts About Courtney From 'The Circle' Season 2
By Dylan Kickham
These Tweets About Regé-Jean Page Leaving 'Bridgerton' Are Royal Bummers
By Cianna Garrison
In 'Riverdale' Season 5, Toni Topaz Is The Black Superwoman Without A Cape
By Erika Hardison
Stay up to date