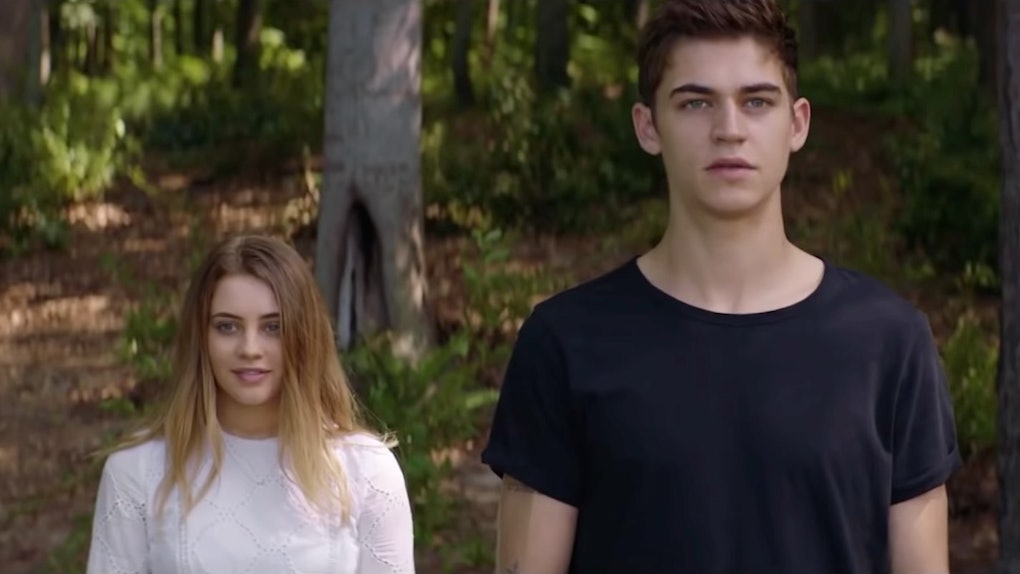 Who Is Hero Fiennes? The 'After' Star Was Low-Key In 'Harry Potter'

If you’ve been keeping up with movie news as of late, you might have heard of a soon-to-be-released film called After. The film is a teen romance based on the One-Direction-fanfiction-turned-best-selling-novel of the same name and stars Hero Fiennes and Josephine Langford in the movie's leading roles. The full trailer for the film, which was released last week, has sparked lots of talk surrounding its stars, particularly Fiennes. So, just who is Hero Fiennes? Well, if his last name sounds familiar to you, then it shouldn’t come as a surprise to you that he’s the nephew of veteran actors Ralph and Joseph Fiennes. Aside from his family's Hollywood connections, there’s a lot more to learn about him!

Fiennes, 21, has been acting for quite some time. As a matter of fact, Fiennes played a young Tom Riddle in Harry Potter and the Half-Blood Prince in 2009, so he’s likely well-known among Potterheads all over the world. His uncle Ralph Fiennes, obviously, played Lord Voldemort.

Since making Harry Potter and the Half-Blood Prince, Fiennes has had roles in TV shows like Safe and Cleaning Up. His role as Hardin Scott in After is helping him break loose of television and of his Harry Potter work, though! In the film, Fiennes plays a Harry Styles-inspired character who isn’t at all what he seems. A second trailer for the film was released on Feb. 14 and there’s definitely a sense of mystery surrounding Hardin Scott.

Here’s a look at Hero Fiennes in the latest trailer for After:

In a recent interview with Wonderland, Fiennes opened up about his character in the film and showed fans that he puts quite a lot of thought into his work as an actor.

“I definitely learnt how not to judge my character, because there are times when you want to,” Fiennes explained of his character in After, according to Just Jared. “You know when you’re screaming at the screen in a film? I felt like Hardin is like that a lot. But also that’s great to play as an actor, because it’s that kind of illogical, impulsive stuff that you really have to get into to do it.”

The actor also talked about how filming love scenes makes him feel. Apparently, it’s all in a day’s work as far as Fiennes is concerned, which sounds like the right outlook!

“I think it’s the same with all acting, which is that when something feels awkward beforehand, whether that’s you getting really angry out of nowhere in a silent room, or if you’re doing intimate sex scenes, you’re there to work and everyone else in the room is there to work,” he said.

So, smooching his co-star in After was no big deal. What a pro! In addition to talking about his work ethic with Wonderland, Fiennes also described what it’s like to navigate sudden fame, especially in a world that relies so heavily on social media.

“I don’t read [Instagram comments] much,” Fiennes said. “There are things that you’re supposed to hear from people when you meet someone… And then there are some things that people are comfortable enough to say behind a keyboard… I’m content just hearing what I hear to my face, rather than needing to, or feeling inclined to, go through that stuff. It feels unnatural to me. I appreciate it all massively, obviously… The sudden fame ‘thing’ has been a bit overwhelming, but you know, it’s all cool.”

It sounds like Fiennes has a really good head on his shoulders and will handle any fame garnered from After (which is sure to be, like, a lot) like a boss.

More like this
Here's Why Harry & William Will Not Walk Together At Prince Philip's Funeral
By Brandy Robidoux
Are Meghan & Harry Getting Paid For Their Netflix Show? Here's The Deal
By Sydney N. Sweeney
Here's How To Stream 'Nomadland' So You Can Finally Get The Hype
By Rachel Varina
Stay up to date