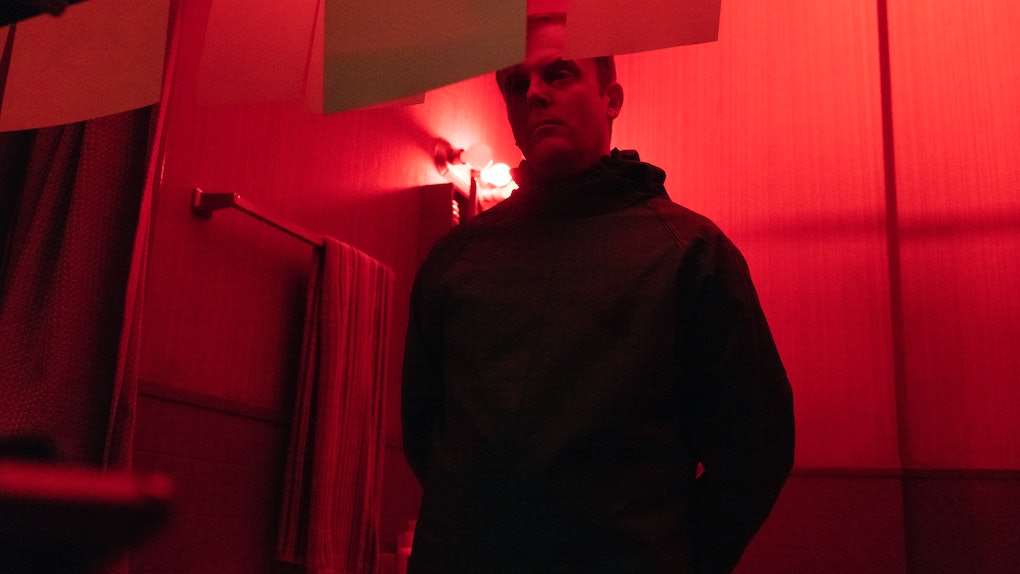 Who Is Gregory Sallinger? Jessica Jones’ New Nemesis Is A Serial Killer

Jessica Jones isn't your typical superhero series. Most of the time her antagonists aren't Random Head Evil Dude of Corporatelandia or Shady Puppetmaster Of Underground Organization like Daredevil, Iron Fist, or Luke Cage face. Instead, her enemies are more personal: "The Creepy Ex Who Can't Get Over You" and "Unbalanced Mother Figure." And yet, for Jessica's final outing in Season 3, this seems to have changed. Her new nemesis is, of all people, a man who starts off as "Random Evil Dude Number 3." So who is Gregory Sallinger? Warning: Spoilers from Jessica Jones Season 3 follow.

Considering that Jessica's worst enemies are usually the people she lets get close to her, Season 3 starts off suggesting Jessica's new antagonists might either be her adopted sister Trish or her former friend Malcolm. Trish has spent the time between Seasons 2 and 3 training to become a superhero on par with Jessica, and they are at odds in their methodology. Meanwhile, Malcolm has gone to work for Hogarth. He clearly struggles with the ugly nature of his job, which is rarely on the side of right, and usually on the side of money.

And yet, when Jessica's new boyfriend, who has the superpower to recognize evil when he sees it, meets Malcolm, he's almost immediately triggered. Jessica doesn't believe it, but the headaches don't lie.

However, it turns out Jessica's nemesis this season isn't anyone she knows. It's a random dude who she tracks down after one of Erik's blackmail victims tries to kill him and stabs her instead.

The issue with Erik's little blackmail scheme is that he never knows what the evil people who give him a headache did. He just knows they did *something* and nine times out of 10, if he threatens to "expose them," they'll pay, never questioning how he knows what they've done. Gregory Sallinger is that 10th person. While the child molester and the money launderer may seem like bad guys, Sallinger is a stone-cold serial killer, with photos of his victims in a hidden binder, and a stash of body parts hidden in the New York sewers. In short, Erik chose the wrong dude to hit up for cash.

In any other circumstance, Sallinger's stab to the spleen would have killed the victim. It's only Jessica's superpowers that kept her alive. Now, she's ready to take him down for the stabbing.

But he's not going to go quietly, hiring Hogarth as his lawyer. His play is to go after Jessica by angling to the bigoted anti-superhero crowd, accusing her of being a Social Justice Warrior who has taken feminism a step too far into violence against helpless men in the city. It would be ludicrous if it didn't work.

It's certainly an interesting angle, and it feels like an organic extension of Jessica Jones' exploration of the feminine double-standard, and the insistence of the public that women be perfect, through the lens of superheroes. But Sallinger is also setting up a situation to turn Jessica and Trish against each other, by killing Trish's mom. Now the question is if Jessica can focus beyond the manipulations, or if this final season will see he once again at odds with the person she loves.

More like this
These Movies & TV Shows Starring 'Shadow And Bone' Actors Are Far From Ravka
By Ani Bundel
6 ‘Schitt’s Creek' Spinoff Ideas That Are Simply The Best
By Rachel Varina
Who Is Cleo On 'Outer Banks'? Carlacia Grant Is New To Season 2
By Ani Bundel
Stay up to date