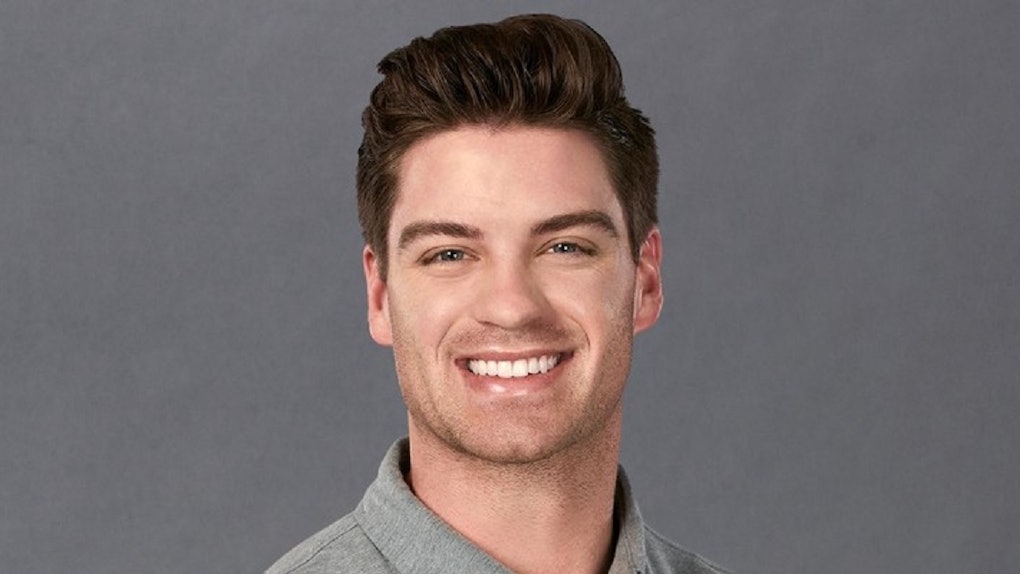 Who Is Garrett On 'The Bachelorette'? 5 Facts To Know About Hannah's Contestant

Hannah Brown's season of The Bachelorette is halfway through, so fans are finally getting a sense of who her remaining men are and what kind of connection she has with each of them. Inevitably, a handful of men have already left the show without ever having a one-on-one date with Hannah, but the promo for next week's episode hints that contestant Garrett may finally have his own time with her. Who is Garrett on The Bachelorette? The golf pro shares a home state with Hannah, but they may turn out to have more in common.

The promo for June 17's Bachelorette episode teases Hannah's emotional breakdown after June 11's episode ended with her hesitating to give Luke P. a rose on their one-on-one date. This tension appears to culminate in Hannah scolding the men for making her so emotionally drained. In between clips of Hannah crying and looking distressed, Garrett is heard saying, "I know I messed up...I hope that she forgives me."

His confession plays alongside footage implying that Luke P. sticks around or even that the two men get caught up in their own feud. Viewers have to wait and see if there's drama between them, but if Garrett features prominently in this episode, the season preview holds a clue about what that segment may entail. The lengthy promo shows Garrett and Hannah close together in a shelter of sorts and wearing what looks like barely any clothes, so perhaps this date is right around the corner for viewers.

Until then, let's read up on some basics about Garrett before he receives some more screen time.

Bachelorette editing has taught viewers to be a little skeptical of contestants' job titles, but Garrett's profession is legit. His Instagram bio says that he's a PGA certified professional, and you can find Garrett's stats on the PGA website's Alabama and northwest Florida section. Someone with stronger golf knowledge will have to break down the meaning of these numbers to me. According to Heavy.com, Garrett's current job is specifically an assistant golf professional at an Alabama country club, which means he also teaches golf in addition to playing in tournaments.

2. He Graduated From Mississippi State University In 2016

Garrett bonded with Alabama native Hannah on Night One because he was from Birmingham, Alabama, but he definitely has a soft spot for Mississippi. Although another Instagram post hints that he spent time as a football player at the University of South Alabama, Garrett ultimately received his college degree from MSU. Upon his graduation in 2016, he wrote on Instagram, "There have been so many relationships, classes, lessons, and overall experiences this school has given me that I will forever cherish. This school will always have a special place in my heart, and I know I have left Mississippi State University a better person because of it."

Garrett's ABC bio also hints at a college romance, saying that he and his girlfriend once snuck into the university's football stadium after hours to make out. If that's not the stuff of romance novels, what is?

3. His Sister-In-Law Signed Him Up For 'The Bachelorette'

This is a recurring fact this season, as Luke P.'s sister-in-law also submitted his name to Bachelorette casting. Your brothers' wives just want to go on more double dates, fellas! According to Garrett's bio, his sister-in-law applied for him because she noticed so many similarities between him and Hannah. Apart from their Alabama roots, fans haven't really seen much of a spark between the two, so here's hoping for more insight into this potential connection in future episodes.

Garrett's siblings Lindsay and Dustin are both married, and Lindsay welcomed a son named Samuel in February 2019. In his first Instagram post with the baby, Garrett wrote, "Happiest moment of my life. Nothing beats this." He'll get to experience that feeling all over again when his brother and his wife welcome their first child later this year.

5. He Isn't Shy On Social Media About His Dislike of Luke P.

Other contestants on Hannah's season were vocal about Luke P.'s problematic behavior while filming, but now that America is watching his actions, a lot of men have delivered some subtle shade toward Luke on Instagram and Twitter. In Garrett's case, he posted a photo on May 28 of himself with several other contestants in the Bachelor mansion, writing, "Another week, another squad pic." When a follower commented about Luke P. being in his "squad," Garrett replied, "Nah fam...too much work to crop out." Ouch!

Bachelor Nation will have to wait and see if Garrett and Luke do butt heads this week, but until then, I'll be on the hunt for more social media clapbacks from the contestants. Season 15 of The Bachelorette continues at 8 p.m. ET on Monday, June 17, on ABC.