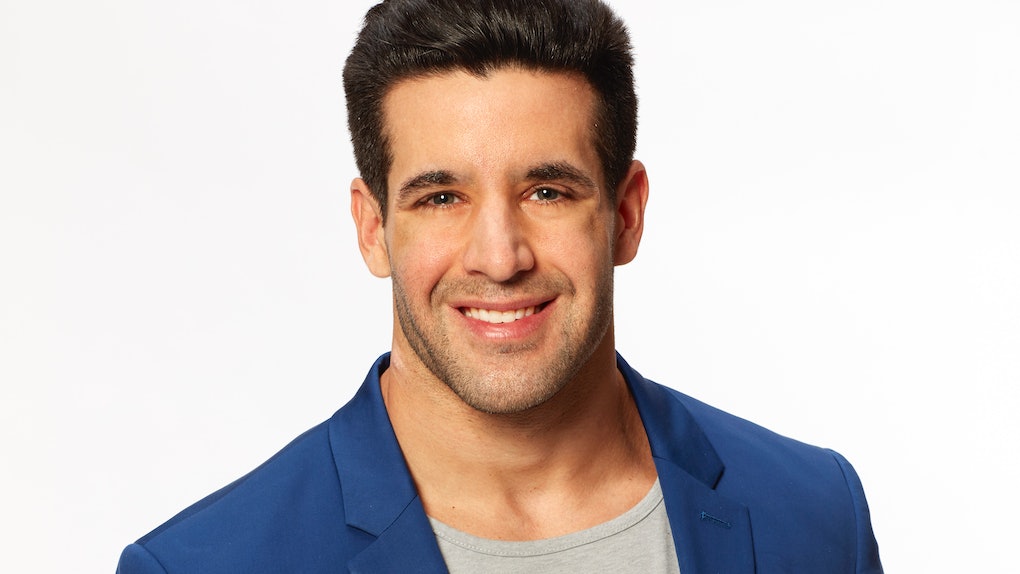 Who Is Ed On Tayshia's 'Bachelorette' Season? He's Looking For A Soulmate

Tayshia Adams has made it clear she wants to leave The Bachelorette having found a grown man. In fact, she had a competition group date in the Nov. 17 episode, just to help with the search. But for every competition winner, there's a loser, and this time around, that was Ed. So, who is Ed on Tayshia's Bachelorette season? He's got more to him than what Bachelor Nation saw in the "grown man" competition.

Ed Waisbrot is a 36-year-old health care salesman from Miami. According to his ABC bio, he loves all-inclusive resorts, so hanging out at the LaQuinta resort in Palm Springs for this season of The Bachelorette must have been pretty nice for him. But, Ed is a part of The Bachelorette for more than just the vacation. His bio reads: "After dating around and being single for the last year, Ed says he's finally in a place mentally and professionally to make finding his soulmate a priority."

Ed is also a doting godfather, which means he had experience taking care of babies. And that's great news, considering what happened to him in the Nov. 17 episode of The Bachelorette. After Tayshia's "Grown Ass Man" group date challenge, Ed was called the "man child" of the group and had to carry a fake baby around because of it. Ed took it in stride, though; he told Tayshia it was funny and ironic because fatherhood is exactly what he wants.

But it wasn't all fun and games. DUring the evening portion of the group date, Ed called Chasen a phony and a fraud, which sparked a big fight between the two of them. Ed then told Tayshia his feelings about Chasen saying, "I want to make sure whoever you choose is genuinely here for the right reasons and not for the Instagram followers," insinuating Chasen was only on the show to boost his career. Chasen then confronted Ed and defended himself to Tayshia, saying he really was there to get to know her and possibly even end up with her.

TBH, there was no clear winner in Ed and Chasen's squabble, and the rest of the guys were convinced that because of the fight, Tayshia would choose either Ed or Chasen (or both guys) to go home during the rose ceremony. But, she surprised everyone by giving them both roses, securing their spots on the show for another episode.

The next group date was a big wrestling match, and naturally, Ed and Chasen were paired up to spar. Tensions were high as the guys' names were called, but Ed ended up forfeiting the fight, citing a shoulder injury. It looks like Ed and Chasen will have to find some other, nonviolent way to settle their beef (thank goodness).

More like this
Katie Thurston's First 'Bachelorette' Promo Teases An Incredibly Dramatic Season
By Abby Monteil
What Would An LGBTQ+ 'Bachelor' Season Look Like?
By Abby Monteil
Bekah Martinez's Explanation For Being Reported Missing In 2018 Is Wild
By Rachel Varina
Stay up to date