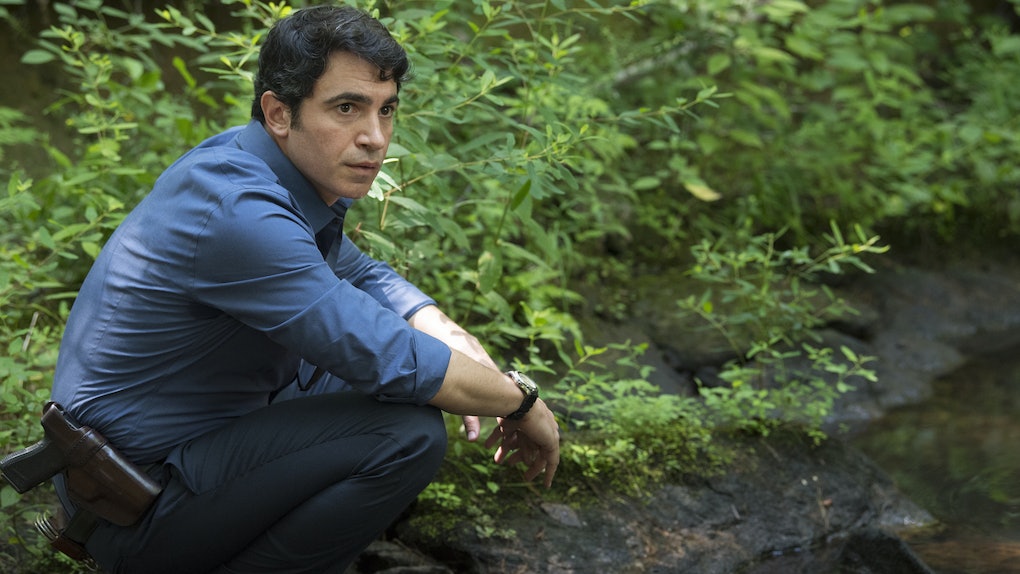 Who Is Detective Willis On 'Sharp Objects'? The Investigator Is From Out Of Town

Sharp Objects is a miniseries about women, by women, starring women. Based on the debut novel by Gillian Flynn of Gone Girl fame, the pilot was written by Marti Noxon, with Amy Adams and Patricia Clarkson headlining. In it, Amy Adam's character, Camille Preaker, has come home to the tiny town of Wind Gap, Missouri to write a human interest story about the murder of one teen girl and the disappearance of another. But even so, there are men who populate this female world, like Detective Willis. Who is Detective Willis on Sharp Objects? He's both foil and love interest to Amy Adams' character.

Played by Chris Messina, Detective Richard Willis is a professional investigator out of Kansas City. When 14-year-old Natalie Keene goes missing after 13-year-old Ann Nash was murdered last summer, the police chief of Wind Gap, Bill Vickery (played by Matt Craven), feels overwhelmed and puts out feelers for an outside investigator to help him with the case.

As Willis notes, by the time Preaker arrives in town, Vickery has stopped wanting to discuss the case with outsiders and seems to regret having asked for outside help with the investigation. Not that Willis has gotten very far. As a town outsider, no one wants to confide in him.

As a reporter, Preaker isn't someone Willis wants to be talking to any more than Vickery. But he's at sea in Wind Gap, and desperate for someone to talk to who doesn't just reflect "cheerful passive aggressiveness" back at him. And he needs someone like Preaker, who grew up here, to help get him into the local gossip circle which has no interest in speaking to outsiders.

Preaker needs information out of him too, going so far as to point out she's going to get the story anyway, why shouldn't he give it to her and control the narrative? Unfortunately, Willis isn't prepared to be quite as hard-nosed as she is, walking away when she teases "I'll show you mine" to get him to agree to an information exchange when Keene's body turns up.

But both of them need information, and quickly because of the way Keene's body shows up. It proves her disappearance is linked to Nash's. Both turned up strangled, with all their teeth pulled out of their heads. But where Ann Nash's body was left where she was killed, with Keene the killer is getting bolder, leaving the body sitting up in an alley in the center of town, as if to prove they were almost begging to get caught in the act.

Willis, as a professional, didn't want this to be a serial killer, even though it's what everyone suspected from the start. And he's not interested in some of the information Preaker does have, especially when it comes to "the Woman in White," who may or may not have been seen abducting Keene. Willis, like Vickery, is convinced the killer is a man. After all, it takes a lot of strength to pull teeth.

Is Willis right? Will the murderer turn out to be a man? Or is Preaker right in her belief "the Woman in White" is the real deal?

More like this
TikTok's #NotTheMainCharacter Trend Shows The Supporting Role You Connect With Most
By Marisa Casciano
16 Facts About The Set Of 'The Bachelor' You Def Didn't Know
By Rachel Varina
'Drag Race Down Under' Season 1: Who Went Home This Week?
By Dylan Kickham
Stay up to date