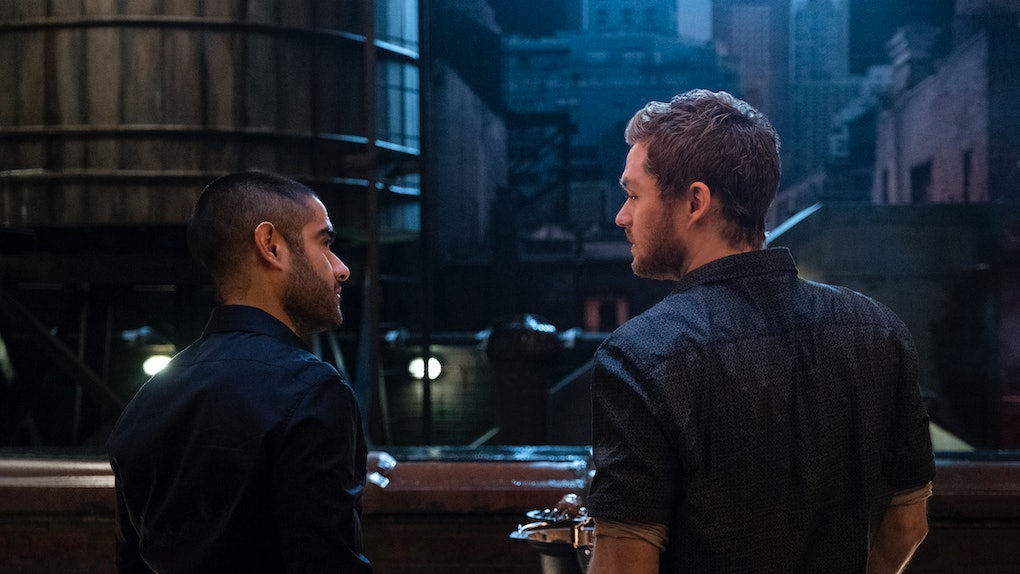 Who Is Davos On 'Iron Fist'? He's An Old Enemy Of Danny Rand's

When Danny Rand left K'un Lun in Iron Fist to find his birthright in New York City, it wasn't just the monks he left behind. He left behind friends and rivals for the title he held, of Immortal Iron Fist. When Rand returned to K'un Lun, only to find it had disappeared, magicked off to protect itself, he also wasn't the only one left behind. Fellow student and former competitor for the title, Davos, also was left to wander the world, and now he has come to find Danny. Who is Davos on Iron Fist? He's the man who believes he should have fought the dragon. Warning: Spoilers for Iron Fist Season 2 follow.

Fans may remember when Danny Rand first arrived in New York City he was a bit of a stick-in-the-mud. He as humorless, he seemed appalled by the "live and let live" lives of those in New York City, and the lack of discipline around him. One of the better aspects of Danny in Season 2 is how much he's relaxed and chilled out from his first arrival in NYC.

Davos could use that. He makes Danny Rand in Season 1 look positively heathen. Not just a teetotaler who doesn't eat meat, he had no interest in pleasure or fun, or even delivering lines in a casual manner. Davos is so tightly wound, it is incredible he hasn't snapped.

In flashbacks though, Davos' terrible childhood is revealed. As the son of Lei Kung "the Thunderer," he grew up as the child of a revered member of the Order of the Crane Mother. He grew up convinced he must be entitled to the position of Iron Fist because not to be would mean failure. Davos and Danny were friends for a while as young kids, but Davos never got over when it came time for him to take what he believed to be his, he failed the final test with Danny. To be beaten, and worse, by an outsider of their culture is a shame he cannot abide.

To be sure, anyone in Davos' position would have a right to be mad Rand left K'un Lun and failed to be there when the Hand attacked. They would have every right to refuse to forgive him for failing at having one job. But with Davos, this is merely an excuse. Danny could be in K'un Lun every day, he could have defended K'un Lun to his dying breath from the Hand, and Davos would still find a reason to be demanding the title be handed over.

The truth is, Joy Meachum doesn't know who she's partnering with when she makes a pact with Davos to help him attack Danny and take his glowing hand. All she wants is to hurt Danny the way she's been hurt. It's revenge, and not pleasurable once she's got it. But Davos is a dangerous man, and once he has the power of the Fist, he's the type of vigilante who gives the word a bad name.

Can Danny take the Fist back? How? His showdown with Davos seems like the kind of battle where two men enter, but only one man leaves.