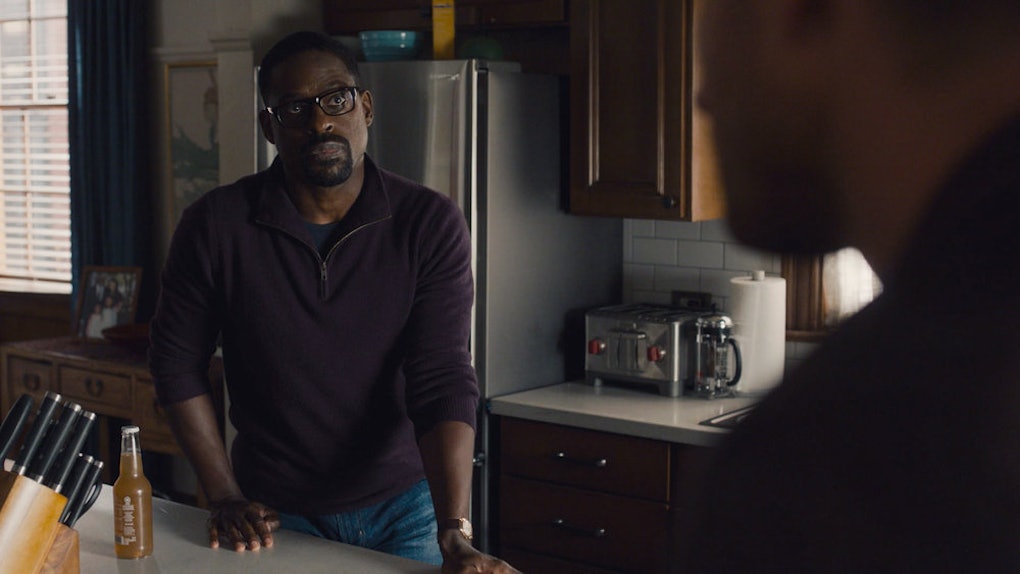 Who Is Daniel Tiger On 'This Is Us'? Randall's Visit To 'Mister Rogers' Was A Big Deal

This Is Us is a massive hit because the show isn't afraid to confront serious issues. Heading into Season 5, Episode 13, fans braced themselves for an onslaught of emotion. The episode, titled "Brotherly Love," focused on Kevin and Randall and the complicated dynamics of transracial adoption and growing up as brothers. But the series secretly snuck in the other thing that makes it great — its pitch-perfect period piece scenes — with a trip to the set of Mister Rogers' Neighborhood, where Randall meets Daniel Tiger. But fans might not realize who Daniel Tiger is on This Is Us, so let's talk a little about the show's history.

Warning: Spoilers for This Is Us Season 5, Episode 13 follow. April 13's episode focused on Kevin and Randall's relationship. The heart of the hour broke down the walls around their tangled sibling rivalry. To illustrate their decades-long issues, the episode flashed back to the early 1980s, when their five-year-old selves got to see Mister Rogers and Randall revealed a profound secret.

Mister Rogers' Neighborhood started as a public access show on local Pittsburgh TV. Even after the show went national, it was still filmed in that same small studio. For that reason, local kids like Randall and Kevin were able to visit the set and see the show live. After a studio assistant assumed Randall was not his kid, Jack made an effort to get Randall a front-and-center seat. (After all, Randall was the big Rogers stan in the family.) Little Kevin didn't understand why Randall was getting special treatment and started acting out for attention. When Kevin and off and Jack gave chase, Randall was left alone in the studio. As Randall explored the set, a puppet tiger appeared and started talking to him.

If you're familiar at all with Mister Rogers' Neighborhood, you know Daniel Striped Tiger. If you're not, he's one of the Neighborhood of Make-Believe residents. (He lives in the clock at the end of the lane.) He's so popular, he now headlines his own spinoff on PBS called Daniel Tiger's Neighborhood.

But what fans may not know is that Daniel Tiger wasn't just any puppet in the Neighborhood. As the documentary Won't You Be My Neighbor recounts, Daniel was Rogers' alter-ego puppet. When Fred Rogers was a young man, he would turn to the Daniel puppet to communicate because he was so shy. Once he became famous, he used that puppet to talk to children who were, in turn, too scared to speak to him.

In This Is Us, Randall started talking to Daniel and wound up revealing his deepest secret: He has a "Ghost Kingdom," a fantasy world in which he has loving Black parents who look like him. But what viewers might not realize is Randall was telling Mister Rogers, his very own hero, his deepest truth.

It's a beautiful moment in one of This Is Us' best episodes to date. Season 5 continues on NBC on Tuesday at 9 p.m. ET.