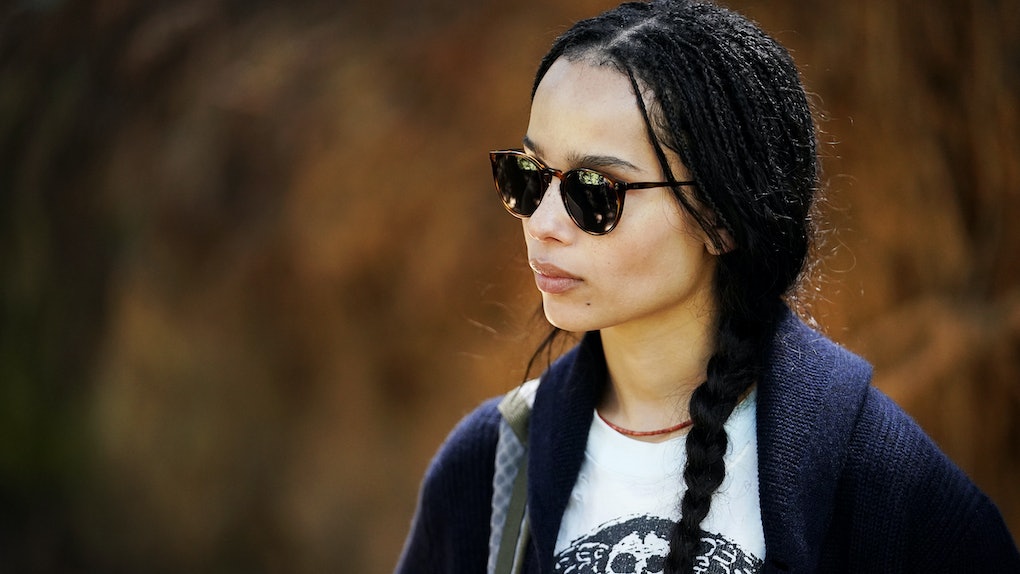 The first season of Big Little Lies was supposed to be the only season, hence why the seven episodes covered the events of the entire novel. But the series left out one significant detail that was part of the ending: Why Bonnie was the one to push Perry to his death. In the book, her decision to attack him when she sees him hurt Celeste has an excellent reason behind it. She was raised in an abusive household where her father attacked her mother. Now the new season is introducing Bonnie's parents to the mix. So who is Bonnie's mother? Warning: Spoilers for Big Little Lies Season 2 follow.

One of the reasons Bonnie's past is not revealed as an explanation for her behavior is because the show changed how Perry died. In the book, Bonnie flies in and shoves him off the balcony, Madeline, Jane, and Renata are merely bystanders frozen in horror. In the show, Bonnie just happens to be the one who pushes Perry down the stairs. With Jane, Maddie, and Renata all trying to pry Perry off Celeste, the truth is, any one of them could have been the reason he slipped.

Season 2 has already introduced Perry's mother (Meryl Streep) as the new, terrifying antagonist. Now Bonnie's parents have turned up, and they aren't helping much either.

Bonnie's mother, Elizabeth Howard (played by Crystal Fox) doesn't just turn up out of the blue. After Nathan's freak out in the premiere that Bonnie is pushing him away, and his desperately flailing to solve his suddenly collapsing marriage, he decides to call her mom for help. Why Nathan thinks this is a good idea is utterly unclear, but perhaps that's part of the point. It's proof that Nathan doesn't understand Bonnie or her background, and he very obviously has no sense of who Bonnie's mother is.

Elizabeth's arrival does him no favors. She's quick to tell Bonnie she thinks Nathan is an emotional moron, that the marriage is a mistake. As far as Elizabeth is concerned, her daughter's choice of husband and moving to Monterey are all of a piece. Bonnie's gone somewhere no one would understand her, befriend her, or try to get behind the high walls she surrounds herself with. She wants a husband too dumb to get to know her. There's a form of safety in that.

Once Bonnie's dad Martin (Martin Donovan) turns up at dinner, it's pretty apparent that the show has changed the original book's script. Instead of her father being the one Bonnie's trying to get away from, it's her mother. At one point, Bonnie even accuses her mother of being an alcoholic, to which Elizabeth snaps, "Those days are over."

However, Bonnie's mother doesn't seem to be abusive, just emotionally pushy, and able to see through her daughter that something terrible is lying underneath the surface. By the end of the episode, Bonnie is pushing her mother away again, demanding she take her crystals, and her visions of someone drowning, and leave. Elizabeth is not dissuaded. "What have you done this time?"

What did Bonnie do before? One can only hope Elizabeth reveals that before she goes.

More like this
What Happened To The Rose Family After 'Schitt’s Creek'? 6 Theories
By Rachel Varina
How Many Episodes Will 'This Is Us' Season 5 Have? Only A Few Are Left
By Ani Bundel
'Never Have I Ever' Season 2: Release Date, Cast, Trailer, Photos, & More
By Ani Bundel
Stay up to date