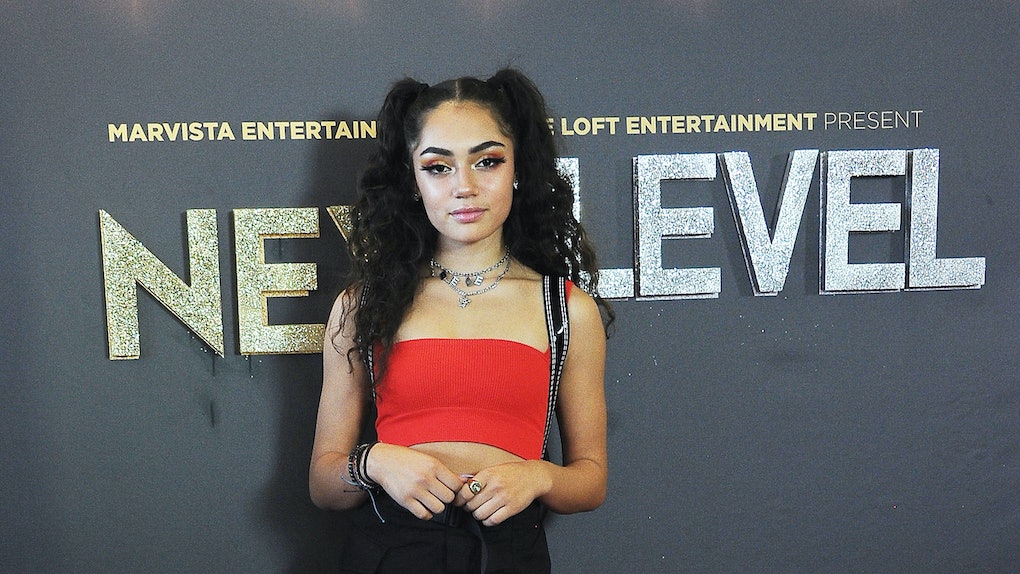 Who Is Avani Gregg? She Turned Her "Clown Girl" Rep Into TikTok Fame

In what can feel like an endless stream of the same trending dance clips and nearly identical lip-sync videos, TikTok star Avani Gregg found a unique way to stand out. If you're looking to follow a TikTok star that's breaking the mold, then you need to know who Avani Gregg is. At 10 million followers strong, this TikToker is one of the most popular users on the app.

Gregg's videos are marked by her incredible sense of style, playful personality, and creative spin on popular trends. In a Jan. 9 interview with Hollywire, Gregg shared the unique way she became TikTok famous. "I'm known for a clown check video that blew up," she said, referring to a series of lip-sync videos she created wearing elaborate clown makeup with rhinestones, pearls, glitter, and contact lenses.

"It had 80 million views and it kept trending," she shared. "I was known as 'clown girl.' Not really a good thing to be known for, but that's fine I understand. I have really cool makeup in it, so it's ok. I gained like three [million followers] in two, three weeks."

Gregg is so much more than her clown videos, for sure.

The TikTok star is a talented makeup artist, and she uses the app to show off her skills.

"For a makeup video, what I have to do, is find an audio [clip] first, and then I make the makeup to the audio using the backstory to my life," she continued.

Gregg's life has changed a lot since blowing up on the app.

"I had to quit my lifeguarding job," Gregg said. "People were coming up to me and stopping and asking me for pictures as I was guarding ... People would only come to that pool just to see me, so it was really weird. Having a bunch of people recognize you is so crazy to me. I don't understand."

I'm sure things become that much more chaotic when Gregg is spotted with her fellow Hype House members, like founder Chase Hudson, Charli D'Amelio, and Addison Rae Easterling. Although Gregg is an original member of the TikTok collective that is known for living in a Los Angeles mansion together to create content, Gregg revealed she doesn't reside there and for good reason.

"I don't live here because I wouldn't do my homework if I was here," she said to Today in a Feb. 3 interview. The 17-year-old is still in school and learning to balance her education, personal life, and social media fame.

During the interview, Gregg also touched on the drawbacks to becoming TikTok famous at a young age. "We put our life all on the internet because that's what everyone wants to see," she said. "[But] like one little mistake and everyone attacks you for that."

Regardless, Gregg knows the power of social media and is planning to launch her makeup career by expanding her presence on other social media platforms.

"I'm taking on makeup more seriously now, for the TikTok videos," she told Hollywire in a Jan. 9 interview . "I have the IGTV videos that I'm starting with and then I'm going to move over to YouTube. So, it can slowly like become where I can make my own makeup line."

Her ambitions don't stop there, either. She has plans to move from your mobile device to the silver screen.

"I'm going into acting," Gregg said, before sharing one more of her goals. "School-wise, I want to go into entertainment business."

Gregg's got some serious plans ahead and it'll be exciting to see how her career flourishes. But for now, just make sure to turn on notifications for Gregg's latest TikToks.

More like this
Addison Rae's Response To Backlash Over Her 'Tonight Show' TikTok Segment Has Fans Split
By Brandy Robidoux
These Tweets About Jimmy Fallon's TikTok Dance Follow-Up Segment All Say It's Too Little, Too Late
By Brandy Robidoux
Kourtney Kardashian & Travis Barker's "Pass The Phone" TikTok Is A Family Tell-All
By Abby Monteil
Stay up to date