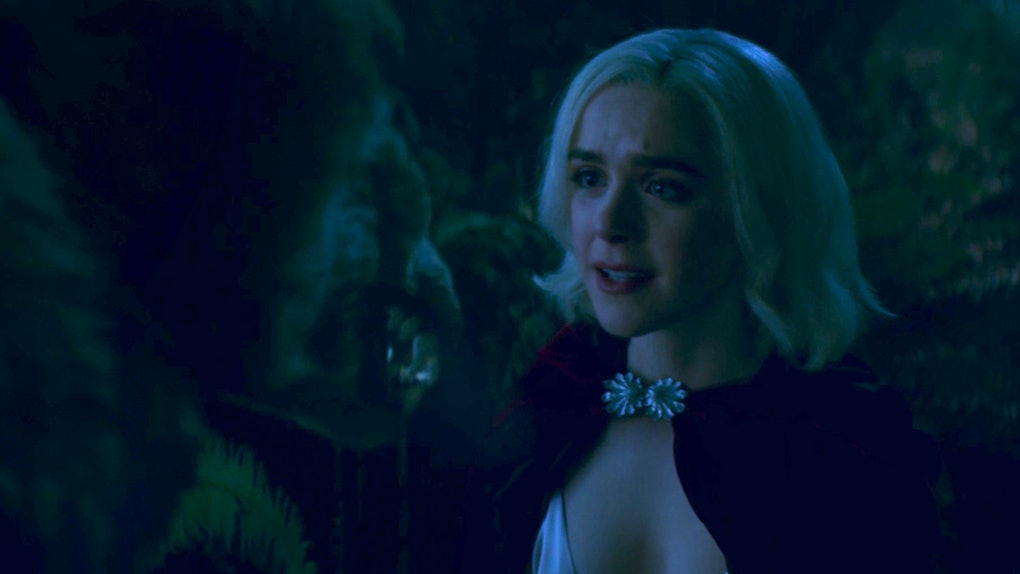 Who Is Amalia In 'Chilling Adventures Of Sabrina'? She Raises Some Serious Questions

The newly released second part of Chilling Adventures of Sabrina's debut season is wasting no time in hitting fans with some unexpected twists. One of the biggest questions in the new run of episodes revolves around Nick Scratch, the flirty warlock who develops a relationship with Sabrina. Although he always seems kind to Sabrina, there is still something shady about Nick. We finally learn more about Nick thanks to a werewolf named Amalia. So, who is Amalia in Chilling Adventures of Sabrina? She may be the key to finally figuring out whether Nick can be trusted or not.

Spoiler alert: This post contains plot details from the first three episodes of Chilling Adventures of Sabrina Part 2. After her emotional breakup with Harvey in the first season finale, Sabrina moves on to begin dating her Academy of the Unseen Arts schoolmate Nick Scratch in the new episodes. Even though they have only just begun dating, Sabrina and Nick's relationship is almost immediately put to the test in Episode 3, when the festival of Lupercalia arrives. Nick explains the Lupercalia is kind of like a witch version of Valentine's Day, except it is less romantic and much more carnal. To celebrate, Nick and Sabrina will run around the woods at night with the rest of their classmates and engage in a big orgy. Yeah... this is definitely another level beyond just handing out heart-shaped cards...

But as Nick and Sabrina are preparing for the festival, they hear a wolf snarling near them in the woods. To get away from the beast, Sabrina takes Nick to Baxter High's Valentine's Day dance, but the wolf follows them there, and when it attacks, it's clear that this is actually a werewolf. The beast is walking on her hind legs, and even wearing clothing.

After Nick banishes the werewolf, he reveals that her name is Amalia and that she is actually Nick's familiar. Nick says that he grew incredibly close with Amalia after losing his family at a young age, but that strong bond made Amalia become violently jealous of anyone else who became close with Nick, so he teleported her across the world. But now that Amalia is back, Nick promises Sabrina that he will kill her so that Sabrina can safely date him.

Nick follows Amalia into the woods and emerges with a wolf's heart, claiming to Sabrina that he has killed her. But we later discover that Nick lied. Amalia returns yet again in the woods on the final night of Lupercalia and confronts Sabrina. Strangely, though, Amalia does not attack Sabrina, but instead carefully strokes the side of her face with her paw. But when Nick shows up, Amalia goes feral and attacks him. Sabrina is able to save Nick by killing Amalia with a dagger, but the whole encounter raises some major red flags about Nick.

While Nick does have an explanation for why he lied about killing Amalia — he says he could not bring himself to kill the werewolf that raised him — we don't get any explanation about how tender Amalia was with Sabrina versus how vicious she became with Nick. According to Nick, Amalia loves him and attacks his girlfriends... but she just did the exact opposite of that. Could Nick have been lying about Amalia this whole time? Was Nick really her target all along?

Unfortunately, we don't get any answers to these questions — at least not yet. But they definitely make Nick seem a whole lot shadier than before this whole Amalia business... and he was already pretty shady to begin with.