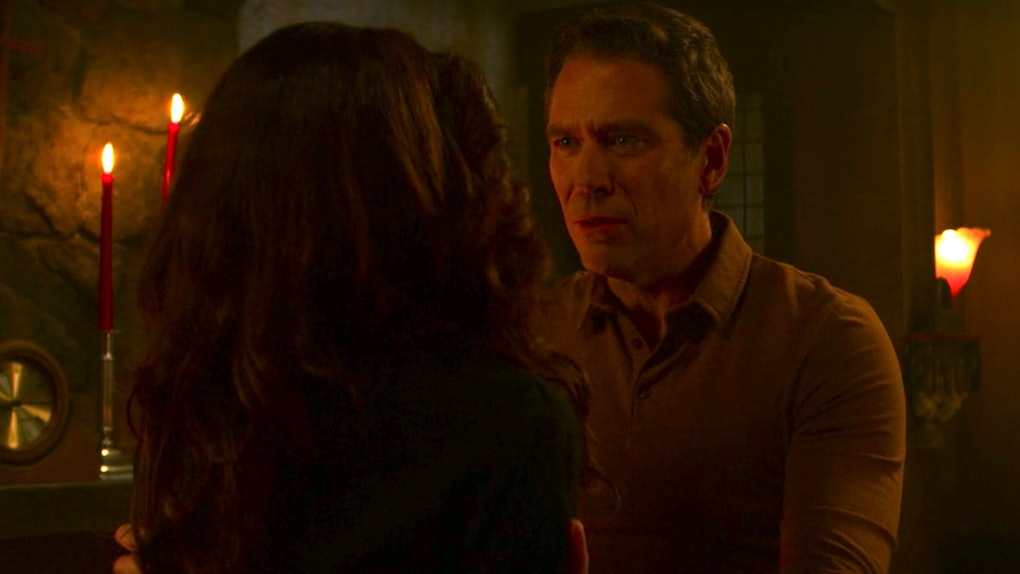 Who Is Adam On 'Chilling Adventures Of Sabrina'? Ms. Wardwell's Boyfriend Is Questionable

In the first part of Chilling Adventures of Sabrina, Madame Satan's mission was clear: get Sabrina to sign her name to the Book of the Beast. But now that she has done that, her role in Part 2 is less defined, and she has more freedom to do her own thing rather than follow the Dark Lord's plans. But she gets hit with a totally unexpected curveball when Ms. Wardwell's boyfriend returns to Greendale, unaware that his bookish girlfriend is now possessed by a demon. So just who is Adam on Chilling Adventures of Sabrina, and could he be hiding a dark secret that is even bigger than Ms. Wardwell's?

Spoiler alert: This post contains plot details from the first three episodes of Chilling Adventures of Sabrina Part 2. After the events of Part 1, Lilith (still possessing the body of Ms. Wardwell) is more or less kicked to the curb by the Dark Lord. He does not give her the throne at his side that he had promised, and instead reveals that he is grooming Sabrina to be his new queen. This stirs up a rebellious streak in Lilith, who tries to keep Sabrina on the path of goodness and begins to question her devotion to the Dark Lord.

While all of this is happening, Lilith meets Adam. Apparently, Adam is Ms. Wardwell's longtime boyfriend who has been away from Greendale as a part of Physicians Without Frontiers for the past several months. But now he is back, and ready to refocus on his relationship with Ms. Wardwell.

This is what make's Adam's name so noteworthy — it suggests that he represents full humanity, whereas the Dark Lord is the opposite. Lilith possibly choosing to be with Adam would a reversal of her decision to be with the Dark Lord all those years ago.

But although Adam seems like a relatively trustworthy suitor so far, there are still some questionable elements to him. Even though the Physicians Without Frontiers excuse helps to explain his absence up until now, it still seems strange that Lilith would not have heard about him at all in the several months that she has been inhabiting Ms. Wardwell. It's also suspicious that he would reappear right as Lilith was first beginning to distance herself from the Dark Lord.

Then there is the sketchy artifact that Adam gives to Lilith as a gift. He explains that the creepy looking figurine is a fetish doll from the Shona people, and the quick-zoom with some eerie music playing under it suggests that there may be some unseen magical properties to this doll. Could Adam be cursing Ms. Wardwell on purpose? We will have to see if more is revealed about Adam in later episodes.