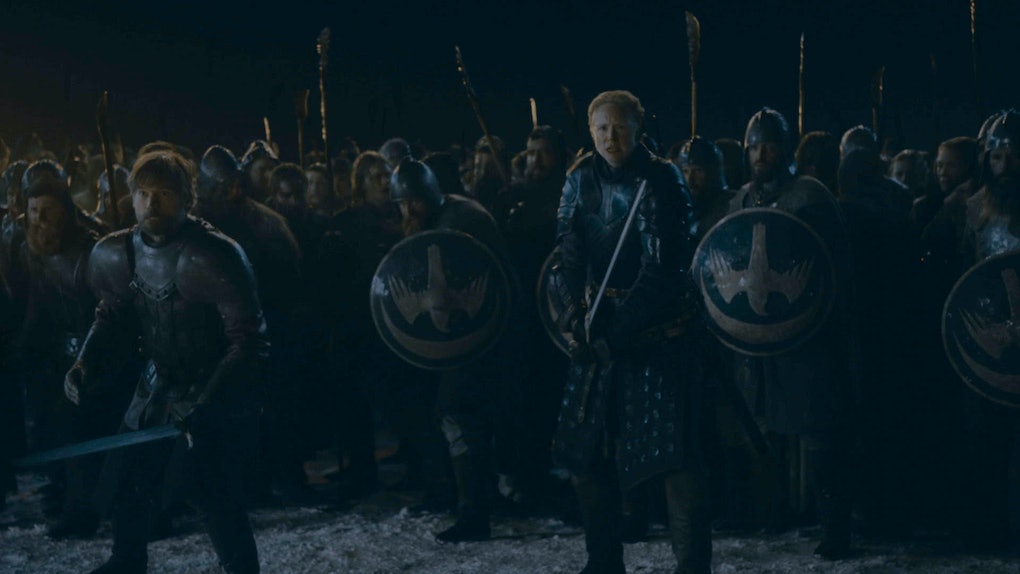 Who Dies In The Battle of Winterfell On 'Game Of Thrones'? These Watches Have Ended

This is it, the big one, the episode where Game of Thrones tops themselves. The Battle of Winterfell took 55 nights to shoot and will be the longest battle ever committed to either the big or small screen. But the real question is who this clash between the living and the dead will drag to the grave. Who dies in the Battle of Winterfell? Theories have run rampant all week. Warning: Spoilers for Game of Thrones Season 8 episode 3 follow.

Fans knew this week was going to take out several cast members, the fear was that some of the main characters would be among the body count. Brienne of Tarth, for instance, having had a moment of happiness last week, seemed a prime target. Fears also ran high that a Stark or two might go down by the end, as this series has loved killing Starks from the very first season. Also, Ghost seemed a likely candidate, or perhaps another dragon, both of which would be deaths most wouldn't see coming.

But in the end, most of the deaths came from the secondary, at least in the top half of the episode. Here now is a rundown of everyone who didn't survive the battle of Winterfell. And now their watch has ended...

The 999th Lord Commander of what was left of the Night's Watch died as he lived, defending his Black Brothers until the end. His last act was not only to save Sam's life but to motivate Sam to get up and keep going. Edd died so Sam could live, and maybe one day, write down Edd's name among the fallen heroes of the battle.

She took out a giant on her way out because you're never too small to take down a Goliath. Lyanna was the future of her house, and now House Mormont is no more. Let's hope Bear Island will always be ruled by such courage.

Perhaps the strangest death in the episode was Beric, who, it turned out was kept alive 19 times so he could die to save Arya Stark. The lord of the light really does move in mysterious ways.

He knew protecting Bran was a suicide mission if Winterfell didn't hold. The keep fell, and the Night King came. At least Theon died knowing he has repaid for his sins and could once again call himself a good man.

Jorah's mission from the beginning was to protect his Khaleesi. He was already badly injured when he saw her unmounted from her dragon, holding a sword. The adrenaline boost of keeping her alive kept him going until the battle was won.

She said she would be dead before the night was out, and she meant it. Davos followed her, planning to take her out just in case, but it wasn't necessary. Melisandre's mission was over, and after nearly 500 years, she could rest.

Did anyone see that one coming? Fans hoped against hope, but even the slyest among viewers probably never guessed it would be Arya who took him down.