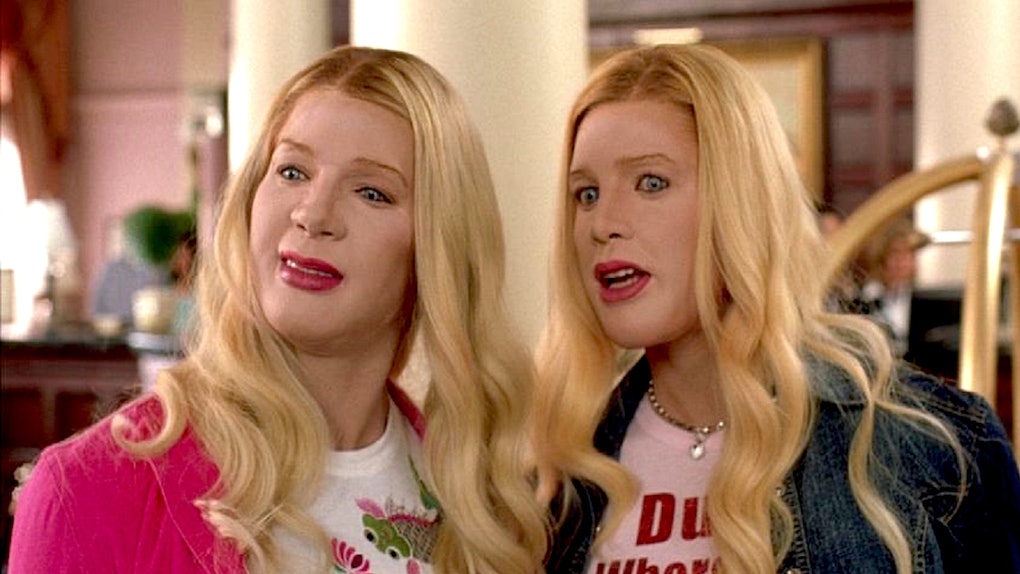 'White Chicks 2' Is In The Works, So Start Blasting Vanessa Carlton

It has been 15 years since Shawn and Marlon Wayans put on blonde wigs, pink tracksuits, and powdered their faces white for the divisive comedy White Chicks, and now they are getting ready to do it all again. Co-star Terry Crews appeared on Watch What Happens Live recently, and confirmed that a sequel to the 2004 comedy is indeed in the works. Now that we know White Chicks 2 is happening, let's get into all of the important details about this long-awaited sequel.

There have actually been rumblings of a potential White Chicks sequel for a while now, but Terry Crews confirmed that the follow-up movie actually is being made. All the way back in 2009, Sony announced plans for a White Girls 2, but the studio later cancelled the project. Star and co-writer Marlon Wayans has expressed his interest in making a sequel throughout the years, and as recently as 2018 has said that he has been talking to his brothers about making a follow-up movie. And now, Terry Crews confirmed a sequel is in the works.

While on Watch What Happens Live, a viewer asked Terry Crews about the rumored White Chicks sequel, and Crews revealed that Shawn Wayans has been talking to him about the new project.

Despite being widely panned by critics upon its release in 2004, White Chicks actually debuted as a box office success and developed an ever-growing fan following throughout the years thanks to heavy syndication on television.

The movie was about two disgraced FBI agents (played by Shawn and Marlon Wayans) who disguise themselves as rich, white socialites in order to prevent a kidnapping at a Hamptons fashion event. The two struggle not to blow their cover while hanging out with their fellow socialites (played by Jaime King and Busy Philipps), and things get even more complicated when an NBA star (played by Terry Crews) will not stop romantically pursuing one of them.

White Chicks was a breakout comedy role for Terry Crews, who had yet to land a major movie role before 2004. In his most memorable scene, Crews aggressively sang the Vanessa Carlton song "A Thousand Miles," a performance that he revisited years later on Lip Sync Battle.

Following the success of White Chicks, Terry Crews landed several standout comedy roles on television, most notably in main roles on Everybody Hates Chris and the currently running Brooklyn Nine-Nine.

And Terry Crews' lip sync performance is not the only recent video to prove the lasting power of White Chicks. Earlier this year, Busy Philipps reunited with her female co-stars from the movie and they recreated their iconic dance battle scene from the movie on her late-night show Busy Tonight.

Clearly, White Chicks has stood the test of time despite its wild concept and being almost universally torn apart by critics. There is still no real, concrete announcement of a White Girls 2, but it does sound like the movie is being worked on pretty seriously right now, so expect to hear more about it soon.