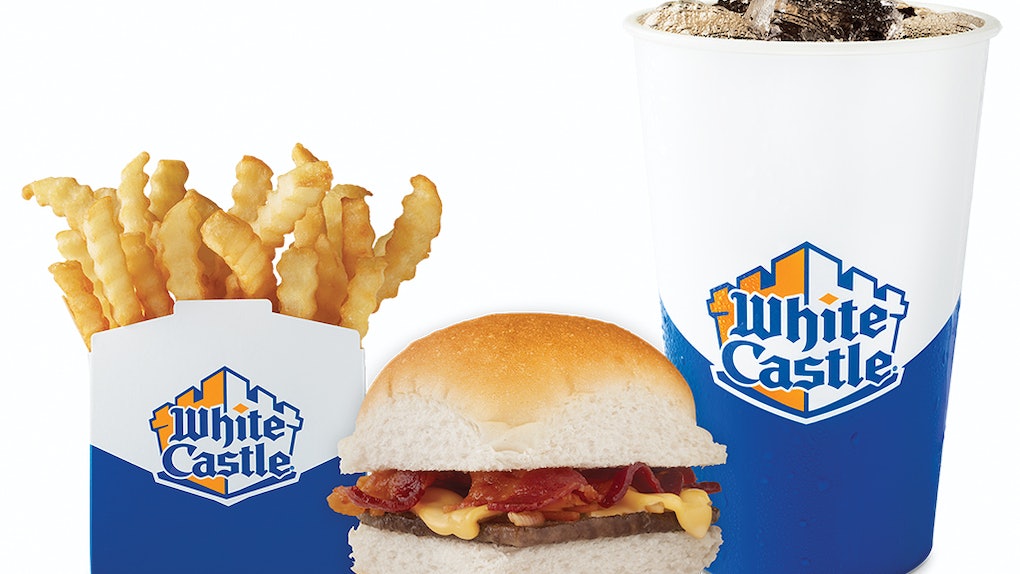 Attention all bacon-lovers (aka the most sensible people inhabiting this otherwise cruel and unforgiving planet): You may or may not have already heard that the world's greatest holiday, International Bacon Day, is coming up incredibly soon on Saturday, Sept. 1. So, as you would probably imagine, dining establishments that sear the salty breakfast meat are throwing down like no other with some super sick deals. For example, White Castle is offering free sliders on International Bacon Day, and I couldn't be more excited. But before you go, keep in mind that there's a major catch, and it involves having a uniquely fitting name.

In a press release, Jamie Richardson, vice president at White Castle, said the brand is super proud to show its love for bacon, which is why White Castle is choosing to treat those who "live with bacon everyday," to a free sandwich. I respect it, love it, and I've honestly never wanted to hail from Bacon, Indiana, so badly in my entire life.

In the press release, Richardson said:

What better way to show our appreciation for the extra smoky flavor that bacon adds to our delicious sliders, than to acknowledge the Cravers out there that live with bacon every day.