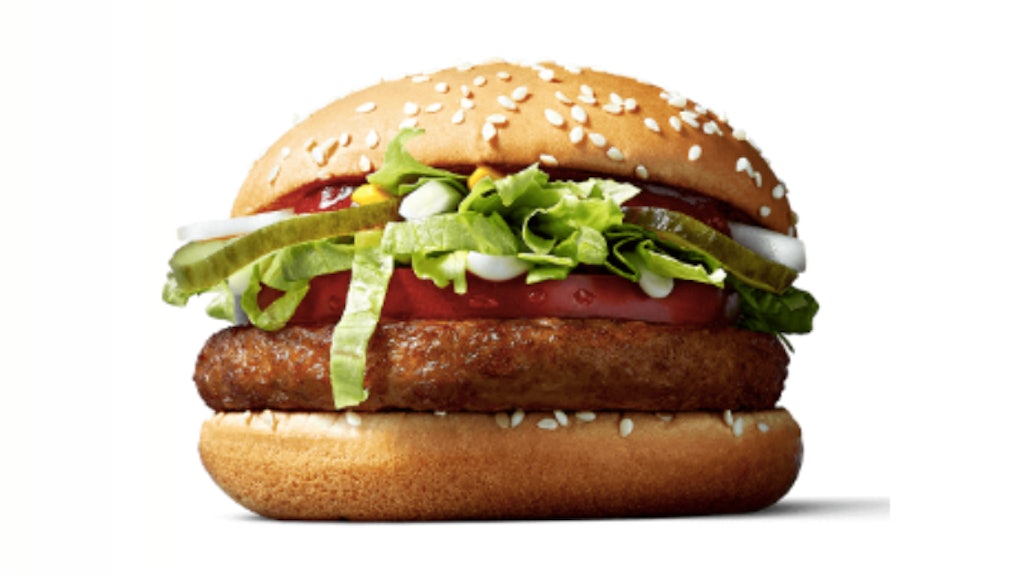 Where Is McDonald's "McVegan" Burger Available? The Location Might Bum You Out

Ever since the widely popular Netflix documentary, What The Health, premiered in early 2017, many have attempted making the shift to veganism. Whether it's going full blown vegan or becoming an occasional vegan, it's hard for those who are try to avoid animal products to find meals they can actually eat at popular food places... like, say, McDonald's. Well, it looks like the Golden Arches have heard our cries, because they are now testing a vegan burger (I can almost hear all of you cheering). The new sandwich is fittingly named the "McVegan" and if you are wondering where McDonald's is testing the McVegan, the answer might bum you out.

It turns out the McVegan is only available in a select McDonald's location in Tampere, Finland — and to make matters even worse, you can only get the sandwich for a limited time. If you happen to find yourself in Tampere, Finland in the next few weeks, you only have from now until Nov. 21 to try the McVegan.

The new burger is built similar to it's meaty cousin, the Quarter Pounder, and is made with lettuce, tomato, onion, pickles, ketchup, and mustard. It obviously doesn't have any cheese. If this trial goes well, we might be seeing the McVegan in McDonald's restaurants worldwide, Delish reports. In the meantime, check out what the burger looks like below.

OK, that burger looks hella good — so good that I think even stubborn meat eaters would give it a shot. The McVegan will come with a side of specialty vegan fries, Food and Wine reports. Apparently, after the McVegan is gone, the Finnish McDonald's testing the vegan burger will still serve vegan fries.

You know vegan food is popular when even McDonald's wants a piece of the tofu, but if you still aren't convinced, here are some reasons why going vegan might be a good idea.

You can lose weight

Yep, that's right: Going vegan can help with weight loss. A recent study tested meat-based, vegetarian, and vegan diets and found that those who followed a vegan diet ended up losing more weight, because they ate more fiber on average.

You Can Improve Your Overall Health

You Can Appear Younger

If the thought of getting wrinkles or having to pay for pricey medical procedures to make you appear younger, keeps you up at night, you can avoid all of that worry by adopting a plant-based diet. A plant-based diet ensures you take in more vitamins, antioxidants, water and minerals than people who follow a regular diet.

Vegans typically enjoy beautiful glowing skin, healthier hair, and stronger nails than those who eat meat. Think about all the money you'd save on beauty products if you just followed a plant-based diet!

However, going vegan is a very personal decision and it's one that should be made when the person considering it is ready. But we can't deny that seeing a fast-food giant like McDonald's consider making a healthier shift by adding vegan options to their menu shows just how popular this diet has become.

I just hope the McVegan trial is successful and that it makes its debut stateside very soon – because I can't wait to try it.