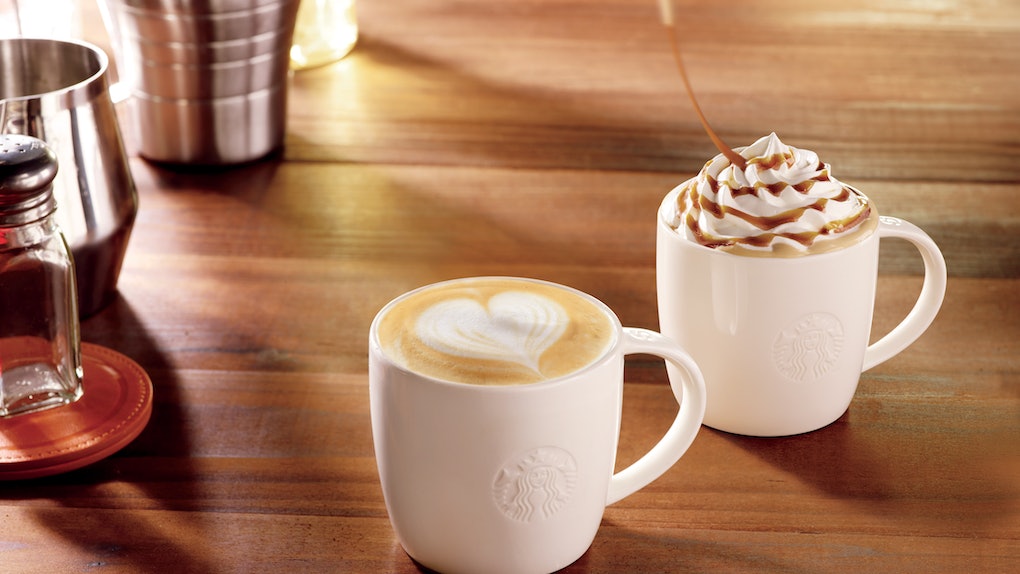 Where Are My Starbucks Stars? Here's What To Know About The Rewards Program Update

At this point, you've most likely heard that Starbucks recently updated its Rewards program, and for the most part, it sounds really nice. But if you had previously been at the Green Level, you might have noticed something a little different. And if you were working toward the goal of achieving the coveted Gold Level, you're most likely wondering: Where are my Starbucks Stars? Don't worry, here is everything you need to know about the rewards program update.

Before the change on Tuesday, April 16, Green Level Starbucks Rewards Members had to rack up 300 Stars in a year to be promoted to Gold. Then, when they officially achieved that highly-anticipated Gold Level, they would be reset to zero Stars, and they would be able to start earning Stars to go toward redeeming items, which were worth 125 Stars. It was pretty exciting, really.

With the update on April 16, the chain's Rewards program got a quite a few changes. Now, any Starbucks’ Rewards member can redeem their Stars immediately, because there are no longer Green and Gold Levels. And while that sounds sweet, the alteration to the Rewards program wound up reseting previous Green Level members' Star count from the last year to zero, according to a Starbucks representative. Former Gold Level members' Stars were left intact. Now, it might seem unfair at first, but in actuality the Stars that were in the Green Level members' Rewards accounts prior to April 16 were never going to go toward a free drink or other menu item. They were going toward getting them to the Gold Level (300 Stars), at which point their Stars would have been reset to zero.

Given that the Rewards update on April 16 no longer requires members to be at Gold Level to earn Stars that can redeemed for free menu items (since Gold Level no longer exists), former Green Level members were all reset to zero so they could start earning Stars they could actually redeem for a free menu item. It might all seem a bit confusing, but basically former Green Level members all essentially got the ability to start earning Stars that will go toward free items without having to reach 300 Stars.

Yes, it would have been cool to keep the Stars that were going to Gold Level when the Rewards program updated, but on the bright side, all the Stars earned (two for every $1 spent) by any Starbucks' Rewards member from now on will be going toward the goal of redeeming them for various free items.

Still, some former Green Level members on Twitter weren't too happy to see their Stars go.

Despite the fact Green members were mourning their lost Stars during the program change, Starbucks' new Rewards program sounds pretty sweet. Again, as of April 16, you will be able to earn Stars as soon as you join the program. In terms of similarities, customers will still earn two Stars for every $1 spent, but now the program will now be tiered to include different free items, with Star counts as low as only 25 and 50 needed for free extras or even a hot coffee.

Once former Green Members start earning more Stars, it will be way easier for them to use them. It will take no time at all to rack up Stars and redeem them for tasty treats like cake pops, iced beverages, sandwiches, and even cool merchandise like tumblers.

Of course, change can always be a little difficult to get used to, but it'll probably only take a couple Starbucks runs to get into the swing of things. So, here's to hoping your next coffee break helps you rack up those Stars!