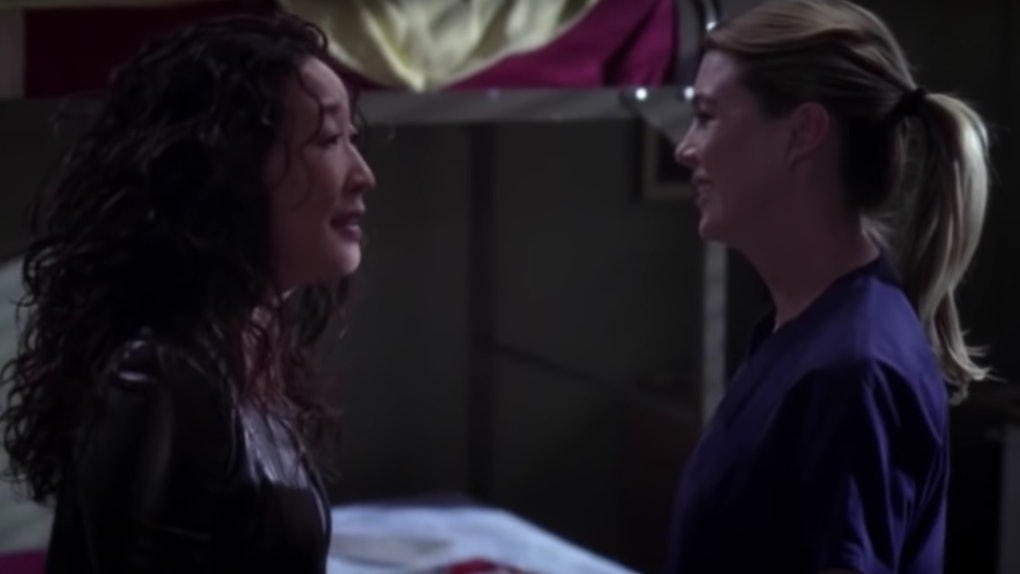 When Your Best Friend Is Like Meredith Grey, You Can Relate To These 8 Things

When it comes to TV best friendships, Meredith Grey and Cristina Yang's bond from Grey's Anatomy is iconic. They should be at the top of every BFF list. It was Meredith and Cristina who taught us what it really meant to be someone's "person." Watching them every week showed us the definition of friendship goals. (And let's be honest: We all bawled our eyes out when Cristina left the show.) If you consider yourself to be the Cristina in your best friendship, you know that when your best friend is like Meredith Grey, you have a bestie for life.

Lucky for you, you've found the PB to your J, and they are everything you need. As perfect as Meredith was for Cristina, she has also always been a great friend to many of the doctors at Grey Sloan Memorial Hospital, including Alex Karev and Maggie Pierce (her half-sister). That's what makes her an iconic TV character you keep rooting for season after season.

Most people have to tune in to new episodes or re-watch the series to get their fill of Meredith, but luckily for you, she's so much more than just a TV character. You have a real-life bestie who is just like Meredith, and proves their awesomeness by having these eight things in common with Dr. Meredith Grey.

1. Simply Put, They're Your Person

Your person is your emergency contact. They will be there for you no matter what. That is exactly what Meredith was for Cristina, and it's what your bestie is for you (and vice versa). They are the first person you call when you need to vent, and the first person you text when you want to make plans for Friday night.

2. They're An Awesome Role Model

It's no wonder how Meredith Grey rose up in the ranks to become the Chief of General Surgery. She's an inspiring doctor you can't help but to look up to her. Your bestie is just as inspiring, and you consider them to be your role model.

3. They're Always Game To Dance It Out

Meredith and Cristina taught us that whenever you're having a rough day, you can always dance it out. Just like Mer, your best friend will drop whatever they're doing to dance it out with you and turn your frown upside down.

4. They Tell You The Honest Truth, Even When You Don't Want To Hear It

Being a good friend means being honest AF. With all of the drama that goes down on Grey's each week, Meredith has to keep it real with her friends. You can always count on your friend to do the same. Sometimes, the truth may be hard to hear, but you know you need to listen.

5. They're There In A Heartbeat When You're Having A Bad Day

Your best friend makes even the worst days so much better. Hopefully your bad day doesn't involve shaving your eyebrows, but even if it did, you know your best friend will be there to make everything alright.

6. They'd Never Let A Relationship Get In The Way Of Your Friendship

It was made very clear to Derek that Meredith and Cristina were two peas in a pod, and he would have to accept that. Meredith even reminded Cristina that Derek may be the love of her life, but Cristina is her soulmate. Cristina never felt like a third wheel, and your BFF never lets any relationship get in the way of your time together as well.

7. They Let You Vent About Anything That's On Your Mind

Let's be real: There is so much drama on Grey's Anatomy that you and your best friend will never have to deal with. However, it was super relatable whenever Meredith and Cristina vented to each other after having a hard day. You know that if there is anything weighing on your mind, your best friend is all ears.

8. They Always Make Everything More Fun

Even if you're chilling at home on a Friday night, you and your BFF are having the best time ever. You can make any activity fun, just like when Meredith and Cristina did their own thing at the softball game. When your bestie is around, you know it's going to be great.